Around 300 yachts grace the 14th edition of Les Voiles de Saint-Tropez, one of world’s most captivating nautical spectacles taking place this week. The cosmopolitan fleet comprises both modern and vintage designs representing over a century of yachting history. The most inspiring racing will be within the Tradition division reserved for yachts built prior to 1976 and one or two replicas accepted as conforming sufficiently to an appropriate and original design. Of the 139 entries registered in this category, some 55 will compete for the Rolex Trophy, a coveted prize awarded since 2006 to the best performing Tradition yacht measuring over 16 metres on deck.

A glance at the Rolex Trophy entry list is a mildly head-spinning affair: yachts dating from the 1890s, names more reminiscent of romantic literature than nautical prowess, and a bewildering array of types. The season-ending Les Voiles de Saint-Tropez is one of the biggest regattas in the Mediterranean and certainly one of the most diverse in terms of type of boat. Eligibility for the Tradition division and, by implication, the Rolex Trophy is controlled by the Comité International de la Méditerranée (CIM), and their two measurers Roger Gibert and Renaud Godard. 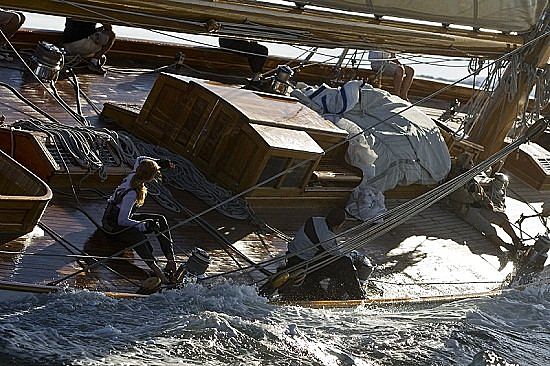 Initially, the entire Les Voiles fleet is divided by age and material of hull construction. The Tradition division includes all yachts launched prior to 31 December1975 that are built of wood or metal. All others from 1976 forward, and all yachts built of fibreglass or other contemporary materials, race in the Modern division.

Then, within the Tradition division, there is a further distinction based on age. All eligible boats launched between1950 and 1975 are considered “classique”; those launched prior to 1950 are considered “époque”. Thereafter boats are sub-divided according to their size, rating and type of rig configuration, for example: Grande Epoque (the largest schooners and gaff rigged yachts, all over 30 metres in length), 15 Metre (yachts conforming to the15 Metre International Rule), Epoque Aurique (gaff rigged yachts), and Classique or Epoque Marconi (Bermudian rigged yachts - loosely those with triangular sails). The intention throughout is to promote fair, competitive racing throughout the diverse fleet. 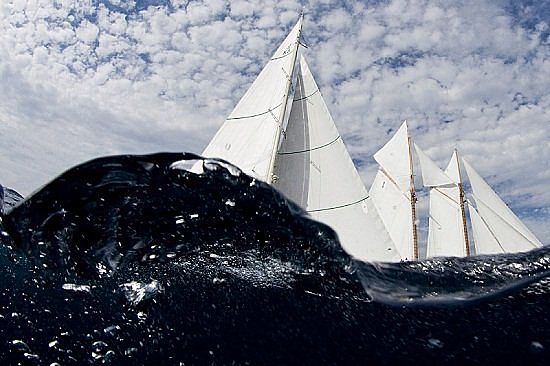 Three past recipients of the Rolex Trophy are in attendance including last year’s winner, the 57-foot Avel, owned by the Gucci family; the winner in 2010, Ikra, synonymous with the event being one of the two boats in 1981 to engage in a seemingly innocent sporting challenge from which sprang La Nioulargue and then Les Voiles; and, Rowdy, the winner in 2008 and 2009. 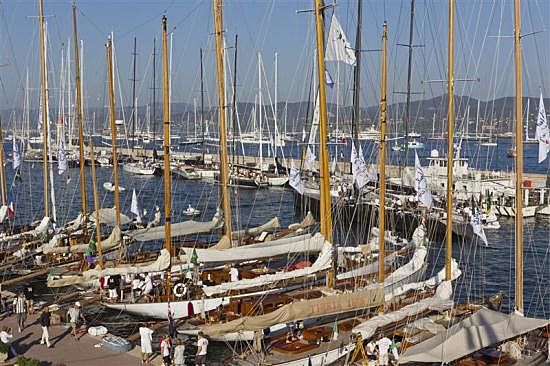 While the Modern yachts – cutting edge demonstrations of carbon fibre, speed and power – will contest five days of coastal races, the Tradition division engages in four days of fleet racing. Some 4,000 crew are expected to participate, a number swelled ashore by an enthusiastic public drawn to watching this magnificent spectacle at close hand. 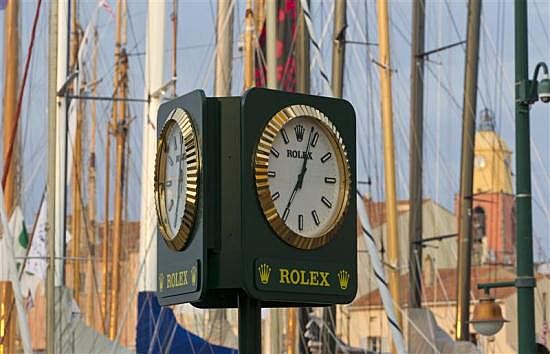 The week of competition will close on Sunday, 7 October with the prize-giving at the 16th-century Citadelle overlooking the port. Among the many prizes presented, the winner of the Rolex Trophy will be awarded a Rolex timepiece.