Registrations are going well for the second edition of Les Voiles de St. Barth (4 - 9 April 2011), with 40 boats having signed up in the five categories competing (Super Maxi, Classic, Racing, Racing-Cruising, and Racing-Multihull). Moreover, the impending top-level battle between the two Super Maxis Leopard 3 and Rambler 100 is sure to turn some heads and bring an extremely high standard of racing to this major Caribbean yachting event. These two splendid racing yachts — the former a 100-foot Farr design belonging to Mike Slade (GBR) and the latter a 100-foot Kouyoumdjian design chartered by George David (USA) — have added the 2011 Les Voiles de St. Barth to their ambitious 2011 sailing programmes, which will reach a climax in July with the New York Yacht Club’s Transatlantic Race. 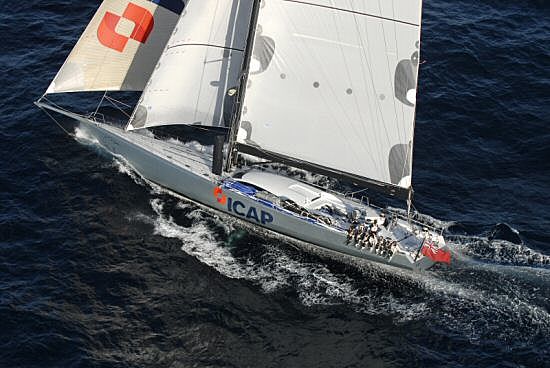 Les Voiles de St. Barth, with its superb windy courses, offers the possibility of a different course each day, thanks to the imagination of Race Director Luc Poupon who will be providing these two giants with an opportunity to measure up against each other for four days in the blazing sunshine on the fantastic swell of the Atlantic Ocean.

George David, holder of the Richard Mille Trophy since his win here last year on board Rambler 90, is back again this year after modifying Rambler 100 (formerly Speedboat and Virgin Atlantic) for his 2011 programme, which will focus on the Atlantic Ocean Racing Series. "In many ways, Les Voiles de St. Barth represents a sort of mini programme for us this year," said David. "No other place in the world, other than St. Barth, brings together such a concentration of the elements that are required to make races successful, with moderate to strong variable winds, a long regular swell, some spectacular backdrops and such a friendly welcome from the inhabitants."

With a canting keel and a mast towering 44 metres, Rambler 100 will once again require all the talent and experience of American skipper Ken Read and his crew from the Puma Ocean Racing Team, who are preparing for the upcoming Volvo Ocean Race.

The class of Super Maxi yachts alone brings together no fewer than six outstanding 75 –115 foot yachts for Les Voiles de St. Barth, and with still two months to go before registration closes, there are plenty of otherwise remarkable entries coming from around the Caribbean and across the United States, includingAtrevida (BRA), a 105-foot Herreshoff-designed schooner; the 76-foot W-Class boat White Wings (USA); and Patrick Demarchelier’s Swan 45 Puffy (USA).

Certain now that they will be able to offer a strong line-up, both in terms of quality and quantity, the whole of the Les Voiles de St. Barth organising team can now concentrate on applying finishing touches to ensure that this will be a friendly, festive occasion. The races begin on Tuesday 5th April, with Thursday 7th April being a layday, enabling the crews and those accompanying them to enjoy themselves and discover the magic of the island.

The race village, a hit last year, will be even bigger and better for the 2011 event. Each day, it will play host to the island’s top chefs, who will present their skills and know-how in their culinary presentations, as well as several wine cellars which will offer wine tastings. Live music also will be a daily feature along with the day’s races shown on a giant screen.