An enthusiastic Ken Read (Newport, R.I.) got the 2011 sailing season off to a resounding start on board the new Maxi Yacht Rambler 100 in the Caribbean 600. The American skipper, who leads the Puma Ocean Racing project, has just won the event, leaving his rival Leopard 3 a long way behind and in so doing also grabbing the race record. 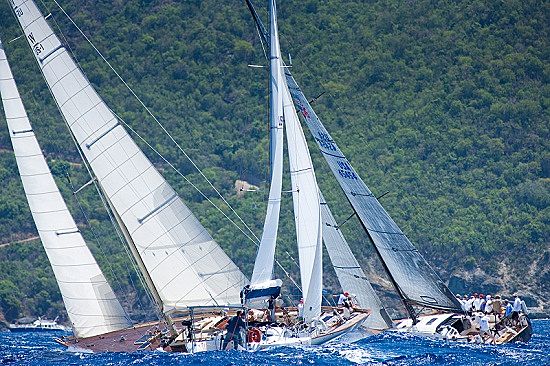 Winner of last year’s inaugural running of the Les Voiles de St. Barth as skipper of George David’s (Hartford, Conn.) 90-foot Rambler, Read was naturally entrusted with the helm of Rambler 100 (the former Speedboat) when David took command of it earlier this year. Very excited by Rambler 100’s performance so far, Read is looking forward to the race program that lies ahead in the coming weeks. The second edition of the Les Voiles de St. Barth is next on the schedule (April 4-9), and with a mere mention of Read’s victory at the 2010 event, he admits without hesitation that he took advantage of "the best conditions ever experienced in my whole career...."

The prospect of once again facing their main rival Leopard 3 (owned by Great Britain’s Mike Slade) at Les Voiles de St. Barth--in closely fought contests on a variety of windy courses--is something that Read and David are extremely happy about. The Americans will bring along the whole of Read’s Puma Ocean Racing team, comprised of 15 top class professional sailors that will join seven other experienced crewmen to sail the powerful carbon Maxi Yacht. 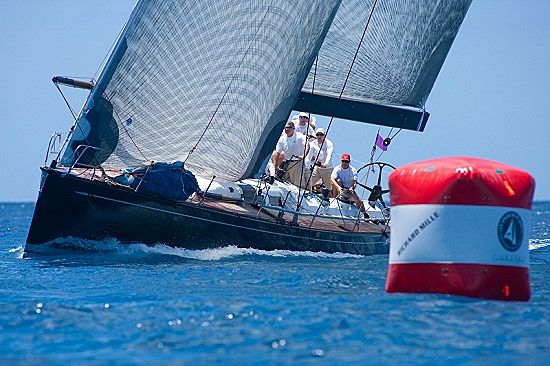 "Don’t change a thing!," said Read about the Les Voiles des St. Barth format, which features short daytime race courses that will have Rambler 100 and Leopard 3 facing off for the first time with that type of racing. "Rambler 100 and Leopard 3 are two huge monsters," he said, explaining that both boats are entered in the Atlantic Ocean Racing Series, which reaches its climax in June with the 2011 Transatlantic Race from Newport, Rhode Island to The Lizard (UK). "They are record-breaking boats designed for long ocean races and major offshore courses; however, for our crew, it is vital to be able to compete in inshore races like those that will be held in St. Barth. Our battle against Leopard 3 will be very demanding for the crews and fascinating to watch, as we will be alongside each other for a lot of the time and it is bound to offer a maximum level of excitement."

The Caribbean 600 represented an intermediate format for Ken Read and his crew, and it very quickly turned to the advantage of Rambler 100, which led the way from start to finish in what were typically Caribbean conditions, with strong trade winds windward of the islands and tricky currents, particularly at night. "Sailing along at 26 knots under the stars, we had some great moments aboard Rambler 100, a boat that offers a completely new dimension to racing," concluded Read. Peter Harrison’s (Great Britain) 115-foot Farr-designed Sojana, which stood out in the Les Voiles de St. Barth last year and will be back again this year, also took part in the Caribbean 600 alongside Genuine Risk, the 90-foot Dubois design that has registered for the Les Voiles de St. Barth for the first time and may also thwart the favorites’ plans.

"In St. Barth, each day is different,” said Read. “The race committee has done an excellent job coming up with courses around the islands that are spectacular and at the same time very demanding from a tactical perspective, as they mean we have to sail at every point of sail. The Les Voiles de St. Barth is also physically very tiring, as the strong regular winds that sweep across the islands at this time of year allow us to get the most out of the boat, implying frequent sail changes with each change of tack. Technically, this is a really interesting event, which is a fantastic complement to the Atlantic Ocean Racing Series."