Ferretti’s latest superyacht made her official debut at the Cannes Yachting Festival this week. An extension of the Italian brands’ 100’ model, SuperYacht Times’ Charl van Rooy and Tom van Oossanen were invited on board the brand new Ferretti Custom Line 108’ yesterday where they were given a tour and took the following photographs. 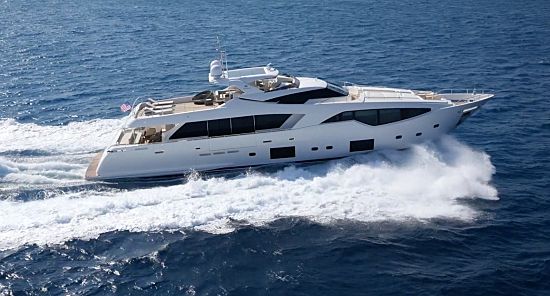 The 108’s profile is dominated by the design of the superstructure and the glazing, whose visual impact is further enhanced by the glazed surface at the height of the raised pilot station. Furthermore, the large glazing of the main deck master suite maximises the yachts sporty character whilst also providing unrivalled natural light from the inside. The hull windows of the four VIP cabins are also notable at 1.70 metres. 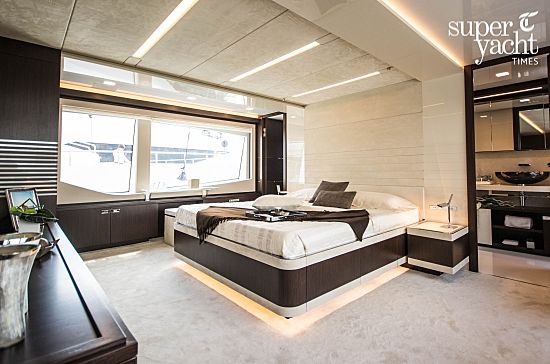 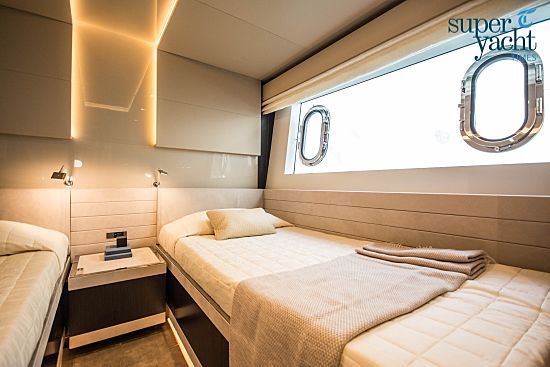 Amongst her many notable features is a swimming platform that lowers into the water, a 15 sqm beach club, a float in garage capable of hosting a 5 metre tender and jet ski, generous living spaces inside and out and - like all of the most recent Custom Line models - Videoworks One Touch Infotainment System (VOTIS) software. 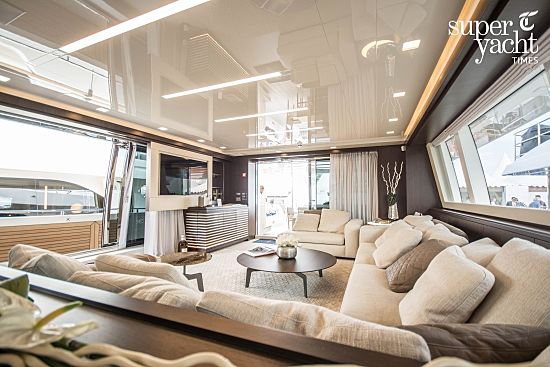 Equipped with twin MTU 16V M94 engines, she has a maximum speed of 26 knots and a cruising speed of 23 knots, providing her with a range of 350 and 430 nm respectively. 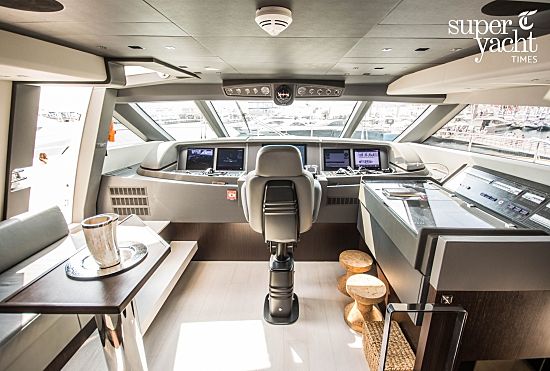 Before she made her debut this week in Cannes, Ferretti report that four hulls had already been sold; two to European owners, and two to clients in the Americas. Ferretti Group’s CEO Alberto Galassi comments on the success of the new 108’, stating, “Such an outstanding result confirms and supports the design choices made for this super yacht. A real jewel of the sea, stylish and high-performing: a combination that is the pure embodiment of Custom Line's DNA." 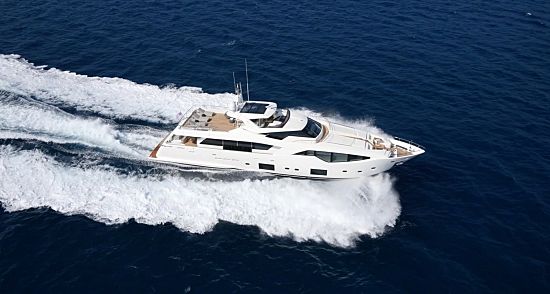