Home > News > Live from China: The Ferretti Group at the Hainan Rendez-Vous

The Ferretti Group is taking part in the third edition of the Hainan Rendez-Vous, which is being held from today to 8th April 2012 on the island of Hainan, in southern China, a charming location for a unique event which has by now become a real must for the leading world operators in the luxury sector. 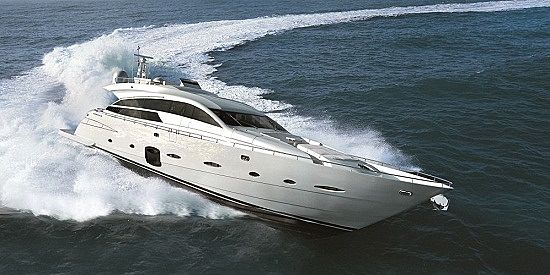 At this Show the Group is exhibiting the Pershing 92’, the Ferretti 720, and also the Ferretti 550 and the Ferretti 660 of the Ferretti Yachts brand, also thanks to the support of its local dealer Speedo Marine. For the Ferretti Group this year’s Rendez-Vous is even more significant, since it is being held only a few weeks after the launch of the new Custom Line 112’ next - built for a Chinese Owner -, which will be berthed just on this beautiful island. The new hull in the Ferretti Custom Line range was indeed launched by the Group at the end of March at the Ancona shipyard: the new yacht will be available for the guests of the top-luxury Xanadu South China Sea resort, currently under construction in Hainan.

“Year after year, the Hainan Rendez-Vous is strengthening its role as a really unmissable event for the international producers of luxury goods all over the world, thanks to the constant extension of available exhibition areas, both ashore and in the sea, the growing prestige of the participating companies, and the world-class level of its visitors” says Lamberto Tacoli. “Moreover, this show is increasingly strategic for our Group, which has been present on the Asian market for many years now: in 2004 we appointed a dedicated Asia Pacific Area Manager and in 2005 we opened a representative and promotion office in Shanghai, dealing with the development and management of the Customer and sales network. Our presence in the area has thus constantly strengthened over the years, with the creation of an ad-hoc team in charge of constantly monitoring this region”.