During this week’s Fort Lauderdale International Boat Show, American yacht builder Westport Yachts has announced that it will breathe new life into its most successful range of superyacht models to date – the W112. With the total fleet closing in on 60 units so far, this trusted range of motor yachts will benefit from modern touches to its exterior and interior style whilst retaining that same pedigree build quality that Westport owners have come to love. We met up with Westport's Alex Rogers and Ron Nugent to find out more.

What was the inspiration behind these design changes?

Alex: The styling came from the new 125 model. It is a little outside our comfort zone but it worked really well on the 125 so we incorporated a lot of that into the 112. We have introduced larger portholes in the hull and the window line on the main deck has changed and is now bigger than it was before. On a technical side, we took the same solution from the 125 for air induction into the engine room. This has now been moved to the outside from where it was on the aft deck to deliver less noise when guests are outside on the main deck or flybridge. 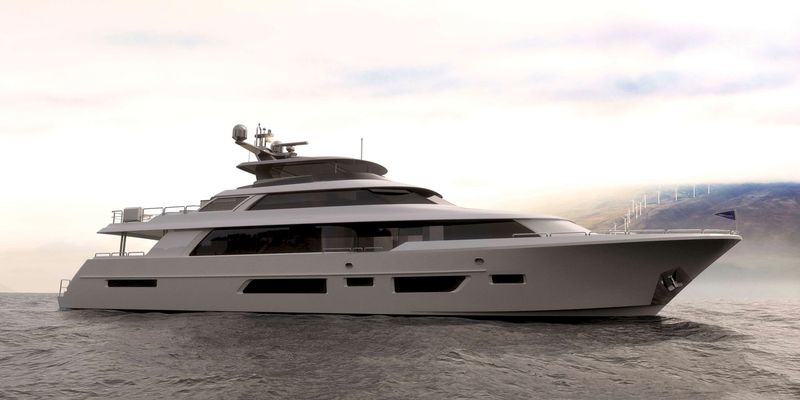 How have these changes come about?

Ron: We have always been incorporating owner’s requests into our 112 models, and when a new addition works, it becomes standard on that platform. Over time we have received requests asking for an updated style and so, again, with the help of an experienced owner we put together a new look for this size. It is the same hull as before and you can see that it has remained very much according to our house style. The predictability of the boat has remained unchanged. The first model will be hull number 60 in the series and will be on display here in Fort Lauderdale exactly one year from now 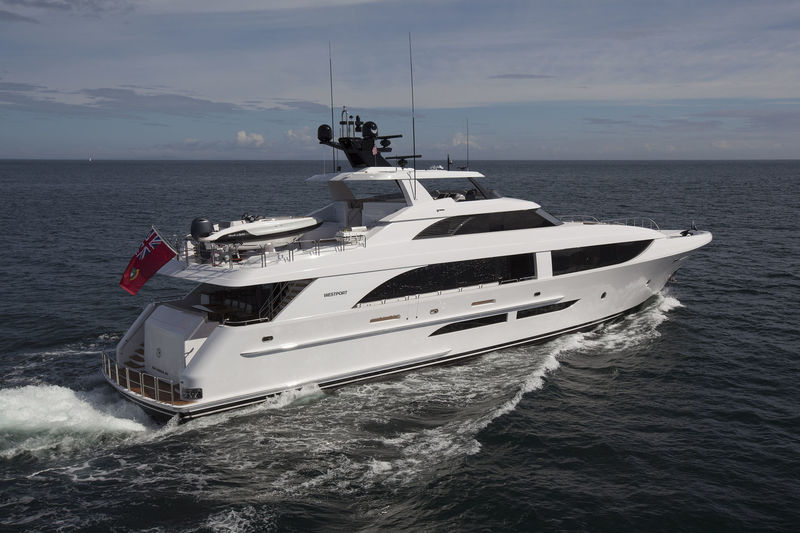 What new onboard features can we look forward to?

We configured the flybridge layout and gave owners options for bar location and seating, we could actually raise the seating up so that when you’re sitting there you can look out rather than look in the inside of the flybridge. The saloon door is now a curved, which changes the aft bulkhead as well as the aft deck bar setup, which has been increased in size for extra storage.

On the inside, the interior will be more on a contemporary line. We are working with a different interior which will put us in a league that we really haven’t covered before.