The Italian duo of Tankoa Yachts and the luxury design company Exclusiva Design unveiled their new 72-metre superyacht concept, Progetto Bolide, today at the Monaco Yacht Show. Working alongside the Genoa-based shipyard, Tankoa, this is Exclusiva Design’s inaugural superyacht project. The company is best known for its major design projects on dry land: including, in recent years, a private chalet in Switzerland and a business centre in St Petersburg. 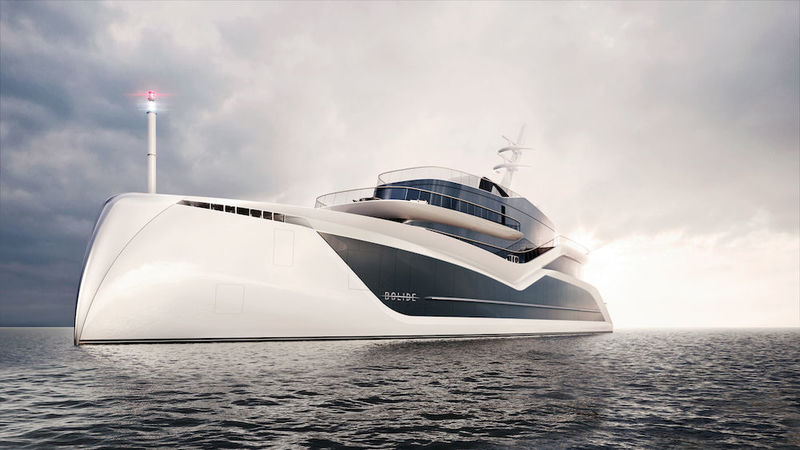 Fabio Mazzeo, Chairman and Design Director of Exclusiva explained their partnership with Tankoa: “In Tankoa, we found a very collaborative partner, very much in line with our own vision, something that immediately gave us a sense of trust and freedom right from the initial creation phase. This is an element of priceless value, most of all when you are setting out on an ambitious project in which you know where you’re starting from but you don’t know where it will take you. It was the strength of the team that won, of the interdisciplinary group that we created, made up of technicians, but also of artists, visionaries, project managers and graphic designers”. 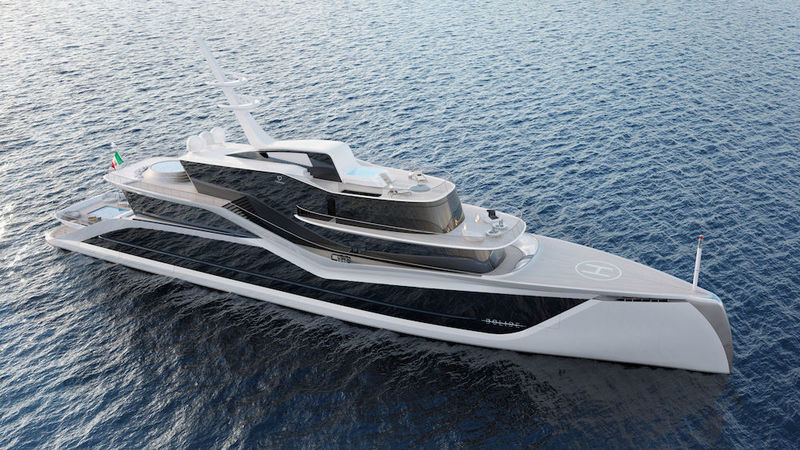 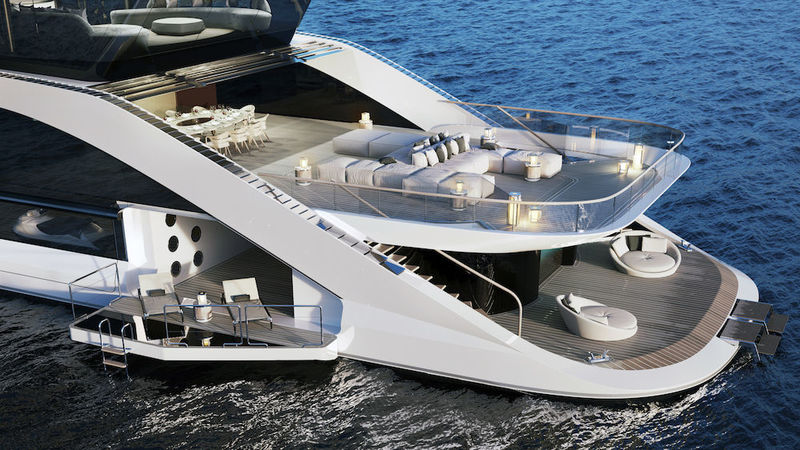 Exclusiva was inspired by the 20th century movement of futurism in their exterior and interior designs for Progetto Bolide: a movement which was at the cutting edge of 20th-century Italian art. This inspiration is evident in the yacht’s futuristic and innovative design: notably, her bow is designed featuring an ascending line with a very high tip, similar to that of a classic luxury sports car.

Alongside her more obvious design innovations, Progetto Bolide also features a high-tech wine cellar that alters the temperature of the wine bottles based on the type of wine present, with its own integrated wi-fi system to make it easier to find the correct bottle. 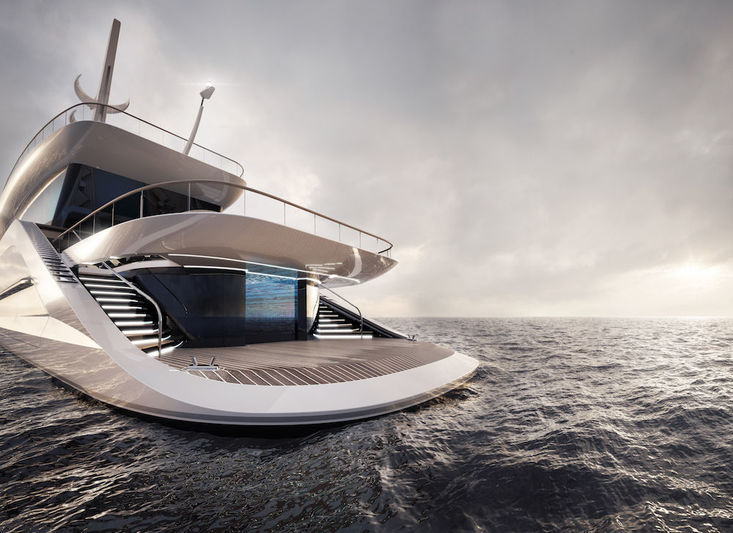 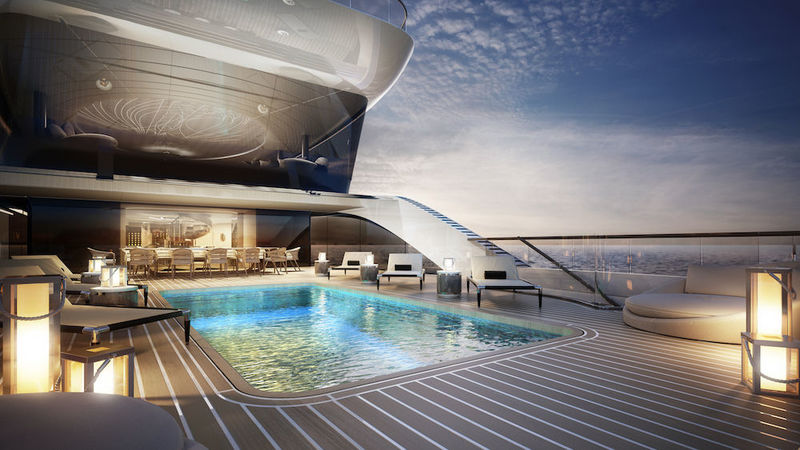 For Mazzeo, it is the interdisciplinary nature of the partnership between Tankoa and Exclusiva which gives it its strengths: “In this collaboration project of ours, it was two ‘tailors’ that came together. Even though we work in completely different fields – one on the high seas and one on dry land – the approach to the project was virtually identical: finalized and designed exclusively with the client in mind, right from the start,” he explained.

Speaking exclusively to SYT, Mazzeo continues: “We worked on the ideas of fluidity and dynamism, innovation and artistic sensitivity. The focus of the interior planning process is the transformability of the spaces, which can have diverse intended uses. Areas and paths are studied to seek excellence in every aspect of life on board the yacht, including both welcoming and privacy.

“In terms of yacht designing experiences, this is ou debut. It took us two years of serious studying and designing to present Bolide. Clearly inputs and ideas were also exchanged within our client community in the years and some of them have been truly inspiring.”

Guido Orsi, president of Tankoa Yachts explains, “One of the factors that brought Tankoa’s know-how in luxury yachting and Exclusiva’s expertise in architectural planning together was our mutual understanding of the value of uniqueness for building client loyalty.” 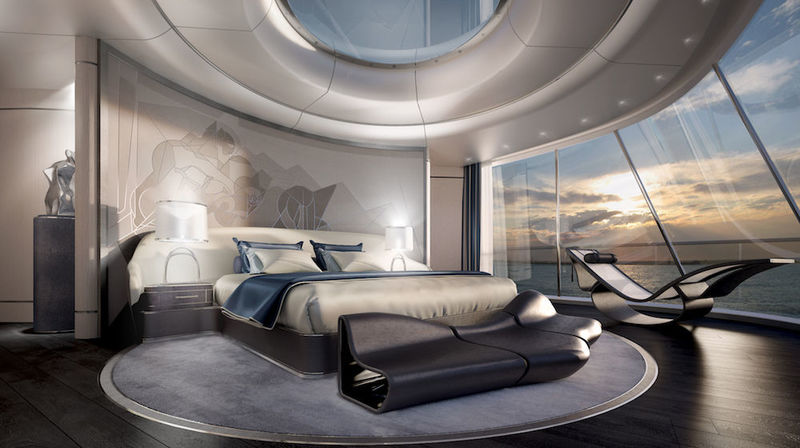 Accommodation on board Progetto Bolide consists of one owner’s suite across two decks which includes a drawing room, gym and spa, and a master bedroom featuring a skylight. Guests are accommodated in five VIP suites. The 72-metre motor yacht is powered by twin CAT engines, with a maximum speed of 18 knots, and a cruising speed of 12.5 knots.

In Photos: Day two at the Monaco Yacht Show 2017