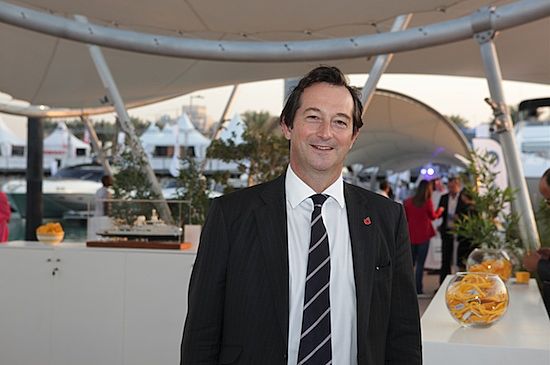 With a number of British companies being displayed at the show, Hopton comments, “I’m delighted that the British representation here at the Qatar International Boat Show is so strong. We have four British companies, market leaders in each one, including Y.CO, Ventura, Sunseeker and Princess, and it’s great to see them and their boats here again in Qatar and making a big impression on all of the visitors.”

Continuing to discuss the relationship between Qatar and the UK, he stated, “For the UK, Qatar is an increasingly important partner. We have a historical basis which goes back well over a hundred years. We’ve worked closely together in recent times on security, political and economic issues. The relationship is very close in every way right across the board.”

The Qatar International Boat Show is held in Mourjan Marina in Lusail City, just north of the capital Doha from the 11th to 15th November.