The second edition of the Qatar International Boat Show began yesterday at Mourjan Marinas in Lusail City. Held from the 1tth - 15th November, I was given an exclusive look on board one of the show’s main attractions, a 30 metre luxury dhow. 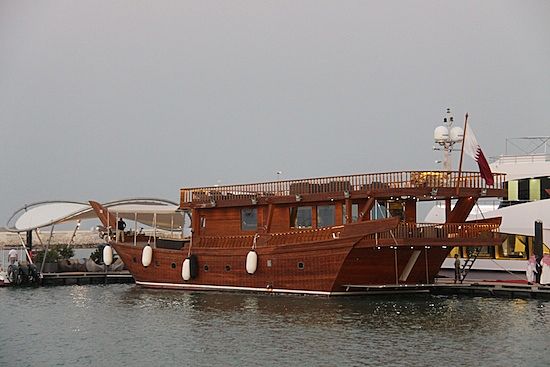 Sold to an unspecified buyer, the vessel was built in Qatar by Al Mannai Marine at the Al Khor Shipyard. She incorporates the latest advancements in technology while maintaining the traditional look of a Qatari dhow, and is the very first luxury dhow with yacht specifications. The dhow boasts teak wood exteriors, with Italian designed interiors by Watermarkdesign, consisting of five luxury cabins with en suite facilities.Taking between 18 months to 2 years to complete, the shipyard reportedly have 6 dhows currently in production. Essa Al Mannai, Chairman of SnowComms which is organising QIBS, and founder of Al Mannai Marine, introduced the dhow commenting, “This dhow from Al Mannai Marine showcases the very best of Qatar’s maritime capabilities.” 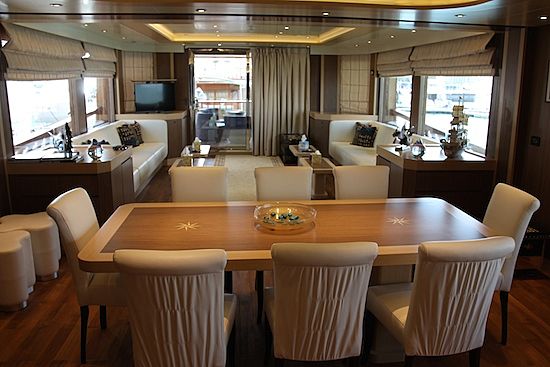 Other activities at the show include a tour by special invitation only of the Nakilat (NDSQ) shipyard, aiming to showcase the country’s potential among international shipyards, as well as a repeat of last year’s popular Fly boarding demonstration; a drive through of 30 classic Harley Davidson bikes and a Kitesurfing demonstration. Ali Bin Ali, the official distributor of Ulysse Nardin watches, will also be exhibiting at QIBS for a second year.

Faysal Mikati, Vice President of QIBS organiser Snow Comms, comments, “QIBS is being increasingly recognised around the world as a major shop window for boats and services in the maritime industry, especially in the Gulf Region. We have no doubt that this week’s Show will be even more successful than that of last year, and we look forward to welcoming everyone to witness firsthand the special role that Qatar has carved out for itself in the international boat show circuit.”