After graduating from the National Taiwan Ocean University with a degree in naval architecture, Horizon Yachts CEO, John Lu, returned to his hometown of Kaohsiung to gain experience in the yacht industry. His success as a naval architect led to the decision to establish Horizon Yachts, with the goal to build clients their ultimate dream yacht – a goal that remains unchanged to this day. 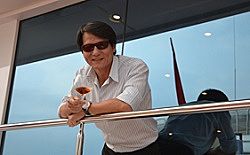 Since its beginnings in 1987, Horizon now contributes to one-third of the Taiwan yacht industry total export quantity and has elevated Taiwan as one of the world’s top 10 luxury superyacht building nations.

Horizon is the first and only member of SYBAss from the Far East. When asked on the significance of this achievement to the company, Lu commented that, “It’s certainly important - we are one of the major players in the world.”

Horizon Yachts are one of the few shipyards that sell regularly to Japan, where the brand boasts an excellent reputation and, consequently, are the ‘go-to’ for big boats. Although Lu believes that the Japanese, and in fact, Asian markets in general, will not grow substantially in the near future, Lu notes that for Horizon, ‘the important thing is that we have a huge market share in Japan. Currently it’s almost like we have 80% of the big boat share although we only deliver 3-4 units per year in Japan.” 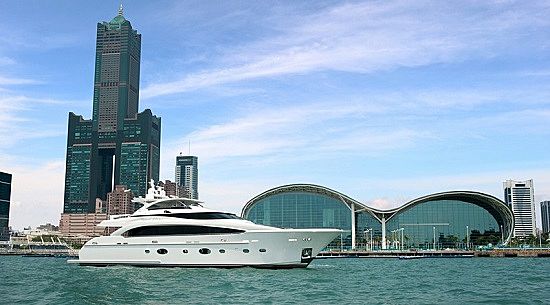 In regards to the rest of the world, whilst Horizon enjoys a very strong market share in the US, the European market has been relatively quiet for the brand in recent years. Lu marks this as an economical reason rather than a proportional focus on other markets from Horizon, and hopes for change in the next 2-3 years. 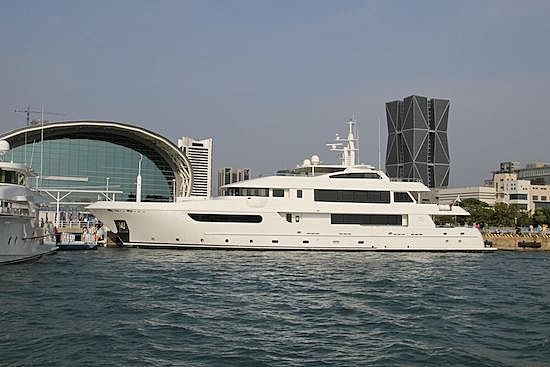 In 2012 Horizon yachts launched the 45.11 metre superyacht Polaris. When asked if the company has more plans of builds over 40 metres, Lu stated, “We will take orders but we will not start the production on speculation. So in other words yes, if somebody wants it, then we can build for them. So far the biggest we can build is 45.72 metres.”