A few weeks ago we reported that the 140-metre Lloyd Werft superyacht Solaris had completed her sea trials. The news has just been announced that the superyacht has been successfully delivered to her owner. 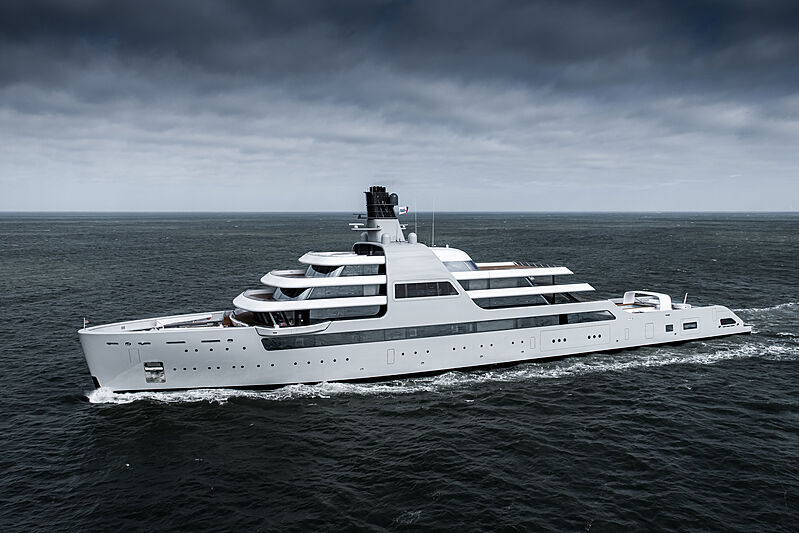 Photo: Tom van OossanenThe news comes at the end of a project which has spanned many years and the Projects and Sales Director of the shipyard, Friedrich Norden commented, “We are very proud that we have mastered this challenge. In many respects Solaris is a masterpiece. A number of very individual demands, some of them never experienced before in yacht building, have been incorporated into this project.” 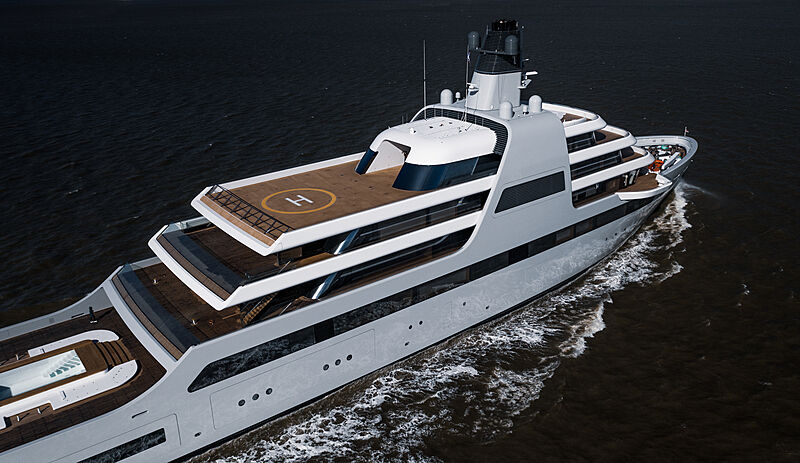 Photo: Charl van Rooy / SuperYacht TimesThese unusual features include over 2,000 square metres of glass, culminating in the largest panes ever used in the luxury yacht industry. The superyacht Solaris, delivered, is powered to impressive speeds of 18 knots and has the largest ABB Azipod® system ever installed on a private yacht. 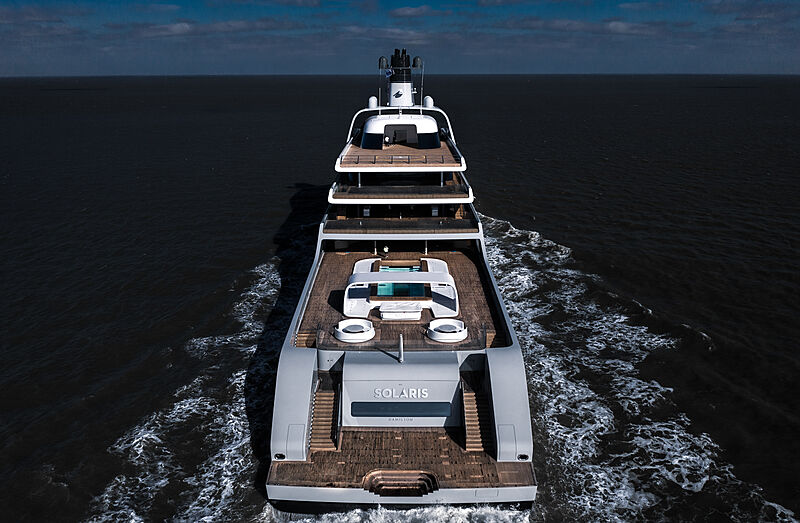 Photo: Charl van Rooy / SuperYacht TimesManaging Director of the shipyard Carsten Sippel, added, “Highly skilled personnel working closely as a team are needed to build a yacht like this. We are extremely proud to have produced such a tailor-made yacht.” 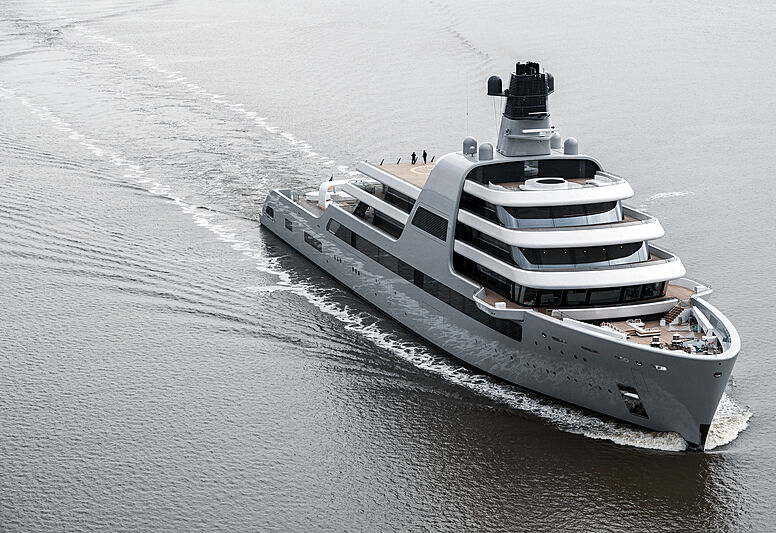 140m superyacht Solaris on sea trials in the North Sea