This Sunday will mark six months since the Olympic opening ceremony and six months since London become the superyacht destination of 2012. MGMT Yacht, the superaycht advisory firm and London yacht agent who were responsible for providing technical and administrative expertise to vising superyachts during the games, is now focusing on the future of London and its role as a large yacht destination. 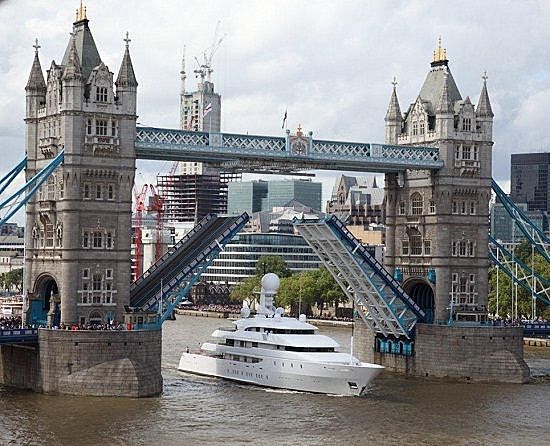 Few cities in the world boast the kind of landmarks London has in spades – and with unique access to iconic backdrops, such as Tower Bridge and Europe’s tallest building the Shard a berth on the River Thames undoubtedly offers some of the most impressive city moorings in the world.

There is no reason to be put off by the weather either. It's officially not raining in London 94 per cent of the time! London has less rain than Rome and more Michelin star restaurants than Paris.

London has recently been voted both the business capital of the world and the fashion capital of the world. London has also recently retained its standing as the world’s top financial centre. With so much choice, an endless list of things to do and see, it is no wonder that London should be the new playground for super wealthy yacht owners. 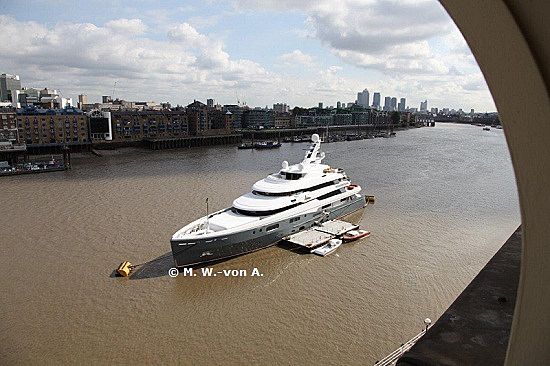 Superyacht owners looking for an alternative destination to the crowded marinas of the Mediterranean are attracted to London with its better mooring rates and access to Northern European shipyards. London offers things that the South of France simply cannot.

Mark Upton, Managing Director of MGMT Yacht said “For the first time this summer, during the Olympics Games, some of the world’s largest superyachts came to London. But it appears that won’t be last time. Superyacht owners are now convinced that London has much more to offer them than the more traditional and predictable yacht destinations - namely Monaco or Cannes.”

Some of the largest superyachts were in London this summer, including Octopus, owned by co-founder of Microsoft, Paul Allen and the 74 metre Ilona, owned by Frank Lowy, co-founder of Westfield. Moored in Canary Wharf they couldn’t have been closer to the action.

MGMT will be offering numerous services to visiting yachts, such as cruise planning, clearances, visas, bunkering, aviation support, provisioning, ground tours, full concierge service and more to enable superyacht guests and crew to enjoy the best that London and the UK has to offer.