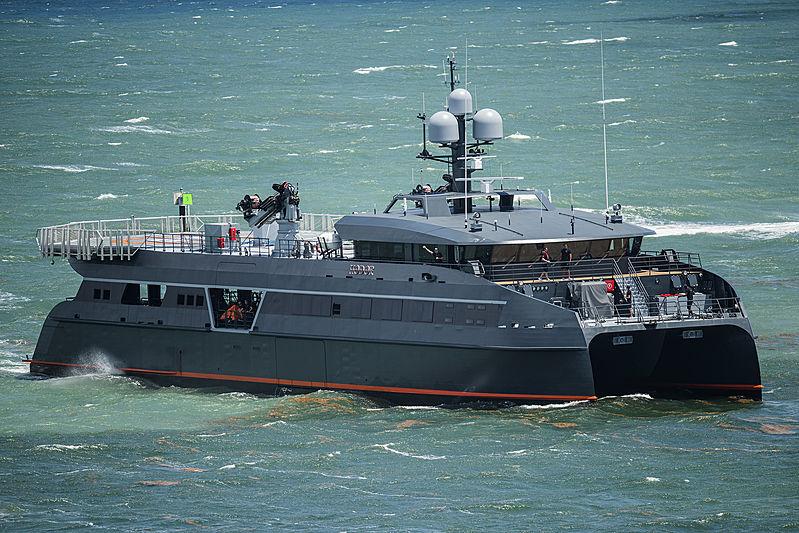 Photo: Rob StarlingBuilt to support the new 87-metre Feadship superyacht Lonian, Hodor was launched at the Spanish shipyard Astilleros Armón at its Burela facility earlier this year. As designers and naval architects of the project, Incat Crowther worked closely with the vessel’s owner to create a fully customised solution that will serve Lonian with safe guest transfers, extended recreational capabilities and additional supplies such as crew and equipment. The design is based on successful offshore crew supply models based on the same multihull platform and heavily modified for the luxury yacht market without sacrificing any of its oceangoing capabilities.  The vessel comes with its own dive centre on board which is fully equipped with compressors, NITROX and O2 facilities and a decompression chamber in the yacht’s hospital.