Home > News > Looking back at the 2015 St Barths Bucket Regatta

Held from the 19th to 22nd March, the 2015 edition of the St Barths Bucket Regatta came to a close two days ago. The four classes of yachts competing in the race were Gazelles, Elegantes, Mademoiselles and Grande Dames, of which the Gazelles and Elegantes took the long course of 25.2 nautical miles, while the Mademoiselles and Grandes Dames completed the medium course of 20.9 nautical miles. 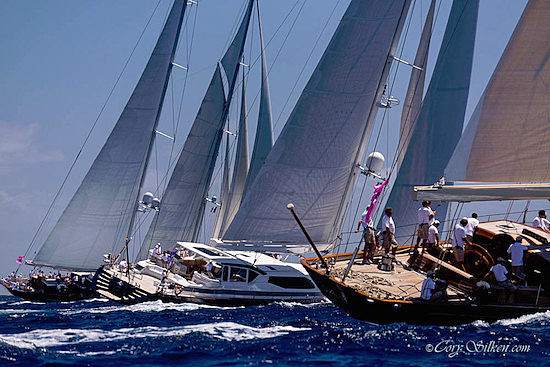 Winning in the Gazelles class was the 44.9 metre sloop Visione, which also took overall regatta honors to win the coveted ‘Bucket’. P2 took a sixth in the race to fall behind Visione and runner-up Inoui in the overall standings. Visione's tactician Jens Christiansen comments on the race, saying, “The 10-11 knot winds suited us well. We were sailing very fast on the long beat, going farther out because we are that much faster than anybody else and staying clear of other boats in other classes so as not to get entangled in them tacking on each other." Built in 2003, Visione's first Bucket was in 2004 and has competed in half a dozen Buckets since. 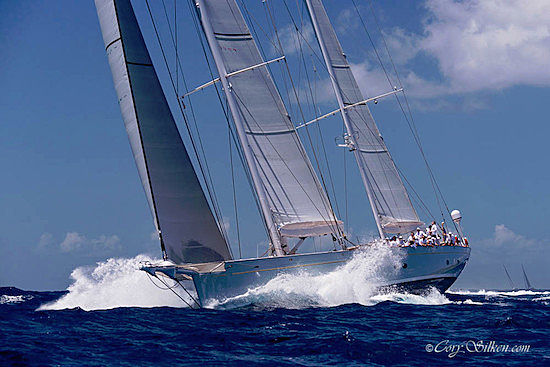 Moving on to the Mademoiselles, the 30.2 metre sloop Cape Arrow chartered by Pier Luigi Loro Piana turned in all second-place finishes to top the class. Cape Arrow's tactician Thomaso Chieffi, veteran of four America's Cup campaigns and a Volvo Ocean Race winner, says,"Today, we weren't hoping to win the series; we were looking to maintain our second, but with the little change of rating that occurred overnight to the leading boat (Bequia, which won both race one and race two and took on five more minutes of handicap for race three, in which she finished sixth) and the fact that today was more our race, it made us eventually score a second and win the series overall. We are very pleased with the result. It came a little bit out of the blue, but we feel somehow that we deserve it.” 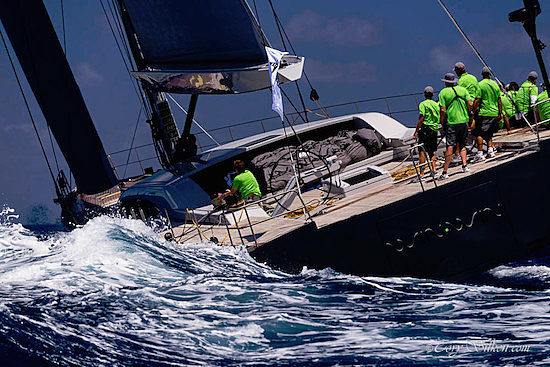 The 46.4 metre Royal Huisman ketch Elfje started 21 minutes behind the 44.6 metre schooner Adela and edged her out at the finish by eight seconds to win in Elegantes. The two boats ended up sharing overall class victory in the interest of an amicable resolution to a safety rule debate, while close contender Marie, the 54.6 metre Vitters Shipyard ketch that had been tied with Adela and Elfje going into the final day of the race, finished sixth for a third overall. 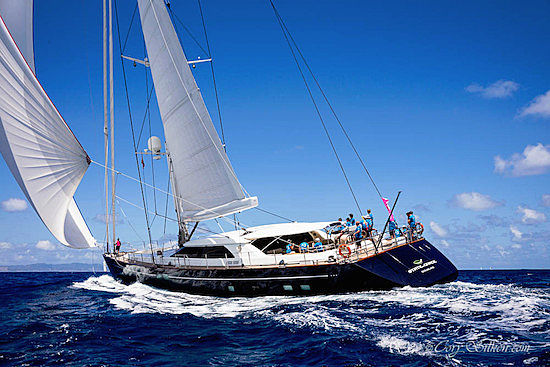 Taking overall victory in Grand Dames was the 37.6 metre ketch Axia, who beat the previous days leader, the 55.9 metre Perini Navi ketch Rosehearty, in the last day of the Bucket. "Today was by definition, truly a medium-wind day," said tactician Robbie Doyle. "If it had been a light-wind course, we would have owed Rosehearty more time, and it would have been really tough for us. They would have had another five or six minutes, which is what we beat them by." Doyle was explaining the race committee's choice each day, under the new rule, to officially designate the wind conditions as light, medium or high, which in turn affects starting times and sometimes order of starts within classes.