Founded in 1985, Claasen Shipyards is a major player in the Dutch superyacht industry. This flexible and innovative yard builds classic and racer/cruiser yachts from eighteen to fifty metres in length. The company’s facilities in Zaandam are ideally situated on the river Zaan, in the immediate proximity of Amsterdam and Schiphol Airport. Combining traditional Dutch craftsmanship with the latest technologies, Claasen Shipyards has delivered such masterpieces as the Truly Classic series, the F-class Firefly and the J-class Lionheart. An example of a typical Claasen quality yacht is the racer/cruiser sailing yacht Louise, which recently completed her maiden voyage to Rio de Janeiro. 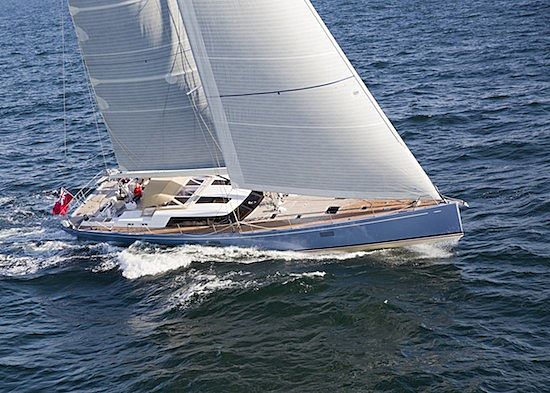 Louise’s exterior was created by the French designer Berret Racoupeau and her interior is from the boards of Rhoades Young Design. She measures 22.07 metres overall and has a beam of 5.63 metres. This extraordinary yacht incorporates the latest technology and most advanced construction methods. Her keel is equipped with a hydraulic lifting system which allows the draught to be adjusted from 2.30 to 3.90 metres. Louise is built under MCA for yachts up to 24 metres and has CE-A certification.

Before Louise embarked on her trans-Atlantic crossing to Rio de Janeiro, the client and crew carried out extensive sea trials together with Claasen’s technical staff. In addition, the various systems were comprehensively tested and the crew of Louise trained in the operation of the various systems and general use of the yacht. After two years of hard work, Louise was christened during a reception at the Claasen yard. All employees of Claasen Shipyards feel involved in every project that leaves the yard and provide their individual contribution to a new yacht during construction, delivery and after-sales service. Claasen’s people are what make the difference in the yard’s exceptional products and its greatest asset. This is why management is keen to invest so much into the welfare and training of employees.

A film produced on the occasion of the christening features various people who were involved in the build sharing their experiences of the process. The movie also gives a great idea of the ambiance at a launch party.

The importance of weight
As the client intends to use Louise for racing as well as cruising, weight was a critical consideration during the build. In order to keep this to a minimum, the yacht was built with an aluminium hull and a composite deck and superstructure. The construction of the interior is based on foam sandwich panels, which also results in significant weight savings. Furthermore, every item taken onboard went on the scales as the yacht’s weight was monitored with precision. 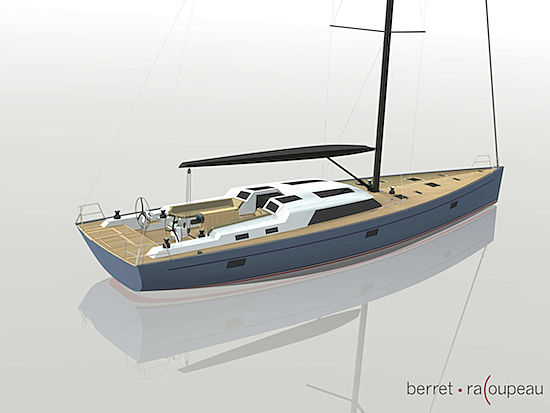 A sporty and modern look
Louise’s exterior was designed by Berret Racoupeau Yacht Design, which also took care of the naval architecture. Highlights of the exterior include the sleek and modern lines and the large windows in the superstructure which bathe the spacious interior in natural light. The reverse stern gives the design a sporty look and includes a large hydraulic door. Opening the door creates a broad platform that can be used as a swimming platform or to moor the tender, while the space behind the door serves as tender storage. The door is made of composite material in order to reduce weight, and a watertight seal is ensured by means of an inflatable gasket. Louise’s cockpit is equipped with a large bimini to protect against bright sun. The bimini can easily be stowed away entirely within the superstructure. 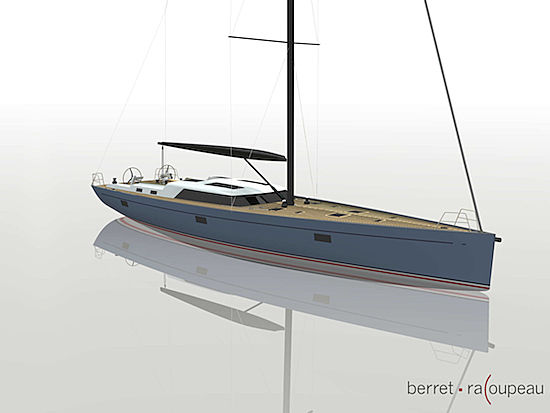 The most advanced techniques
Louise is rigged with a carbon mast from Southern Spars, which ensures optimal rigidity despite its low weight. The mainsail has an area of 132 m2 and is equipped with slab reefing and reef locks. In addition to her carbon mast, the yacht also has EC6 carbon stays, which guarantees an ideal combination of strength, stiffness and elongation, and is therefore highly suitable for this purpose. The lines and other running rigging are operated from the two steering positions in the cockpit, and the winches are hydraulically operated. 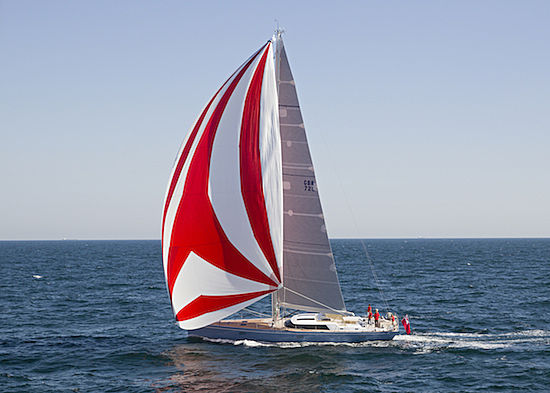 A spacious and luxurious interior
Louise’s interior was designed by Rhoades Young Design, a studio which has already worked on many prestigious builds for other leading yards such as Royal Huisman and Vitters. As Rhoades Young works primarily in the large yacht sector Louise’s interior feels very much like that of a superyacht, with large windows and refined materials giving the allure one expects of a Claasen build. The finishing of the entire interior is French inspired and features subtle maple edgings. The aft ship contains the crew cabin for two persons with shower and toilet, as well as the galley. The large saloon, dinette and nav station are situated amidships. Last but not least the bow comprises two guest cabins and the master cabin, each with ensuite shower and toilet. 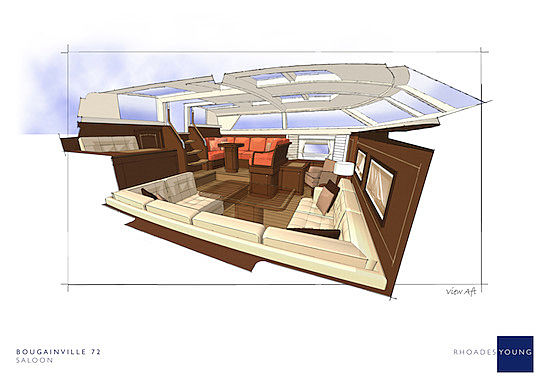 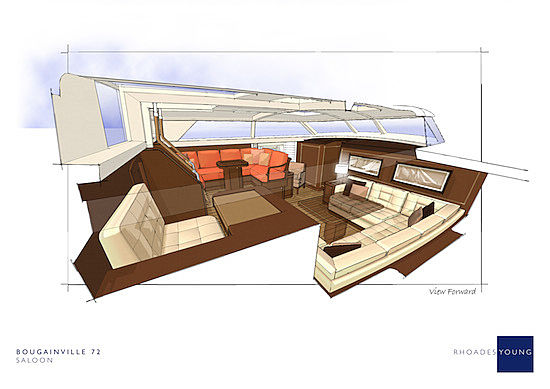