Benetti Sail Division have teamed up with Luca Brenta for their BSD105 Logica model. Luca Brenta is known for his sailing yacht designs. In fact, this is Luca's first ever motoryacht project. 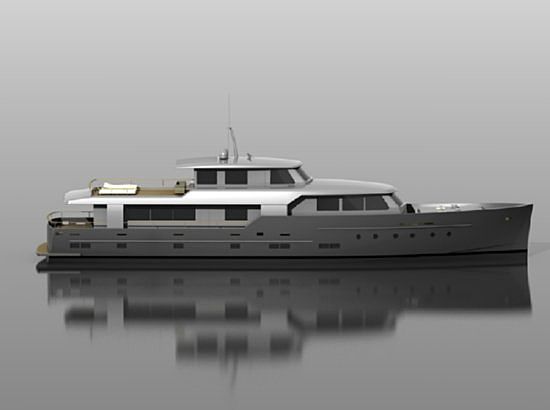 The 105 has a typical displacement hull. The bow of the yacht however has been straightened to create a longer waterline, making the hull more efficient. The layout of the 105 is conventional, and features an owner's cabin on the main deck, and four large guest cabins on the lower deck. Aft of the engine room there is a full-beam double VIP cabin, and forward of the engine room there are two mirror image twins, and a double.