Italian designer Luca Vallebona has released details of a concept based on Tankoa’s 60-metre technical platform in collaboration with Giancarlo Mussino of Sinos S.A., owner’s representative of the 49.9-metre Bintador delivered by the Genoese shipyard in July. 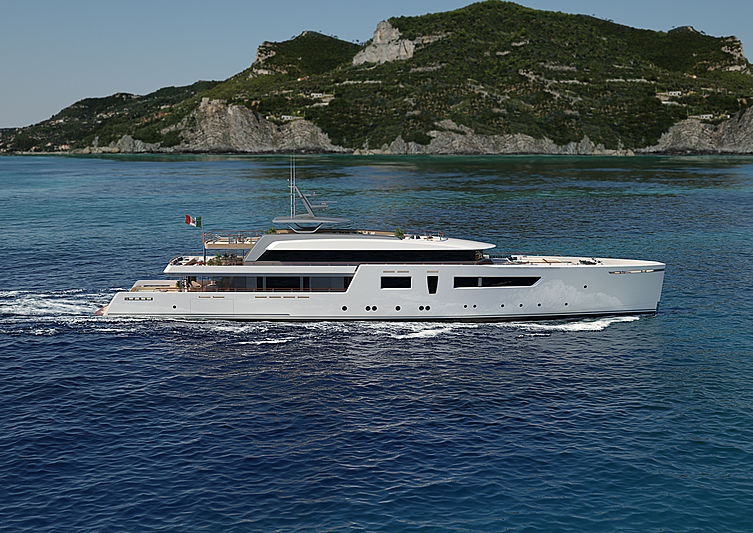 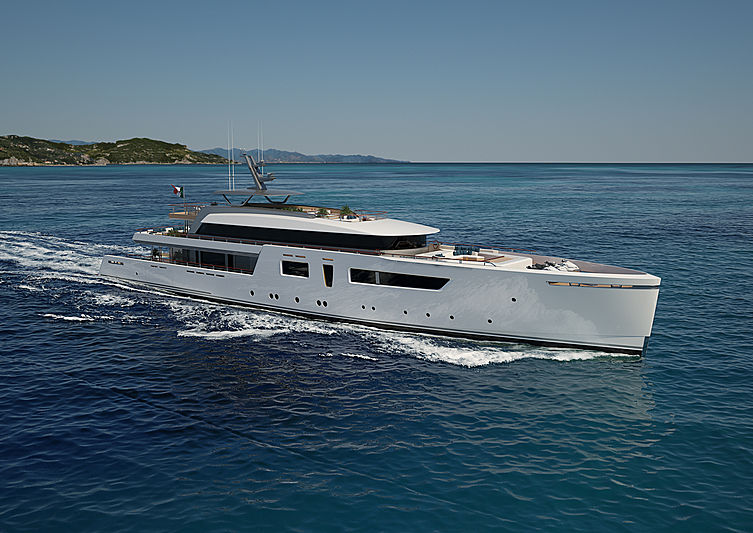 Photo: Luca VallebonaThe 62.5-metre tri-decker with a max beam of 10.4m (approx. 1,100GT) reflects Vallebona’s knack for coming up with elegant styling ideas and innovative layouts that offer fresh and practical solutions without falling into the trap of novelty for its own sake. 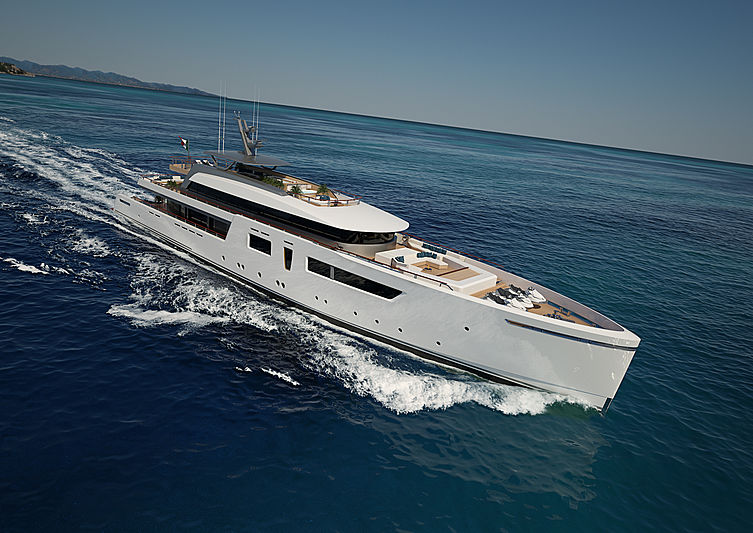 Photo: Luca Vallebona“We developed a graceful, light-looking concept that in some ways recalls the sailing world with its low-profile superstructure,” says the designer. “The wing stations even have helm wheels like a sailing boat!” 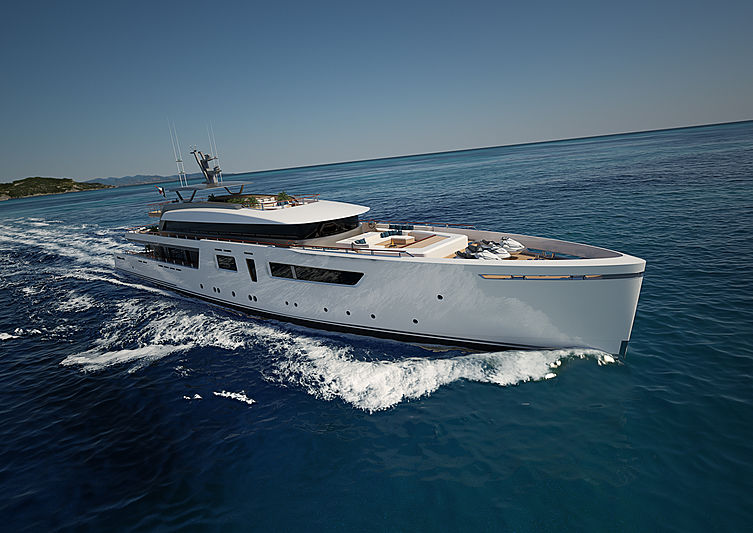 Photo: Luca VallebonaThe project represents an evolution of some of the design motifs of Vallebona’s earlier Pentagramma and Broadway concepts. The open transom, asymmetric swimming pool and terraced decking recall the aft deck of 82-metre Pentagramma, for example, while the sleek profile with its two-tone superstructure is more like 62-metre Broadway. 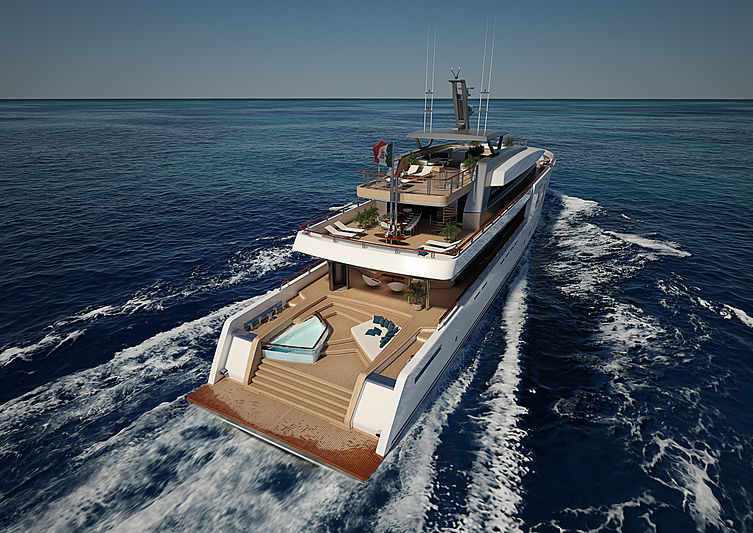 Photo: Luca VallebonaBut the new concept also brings new elements into play, such as the informal, semi-open cockpit/lounge with stone decking that creates a subtle transition between the aft deck and the interior. 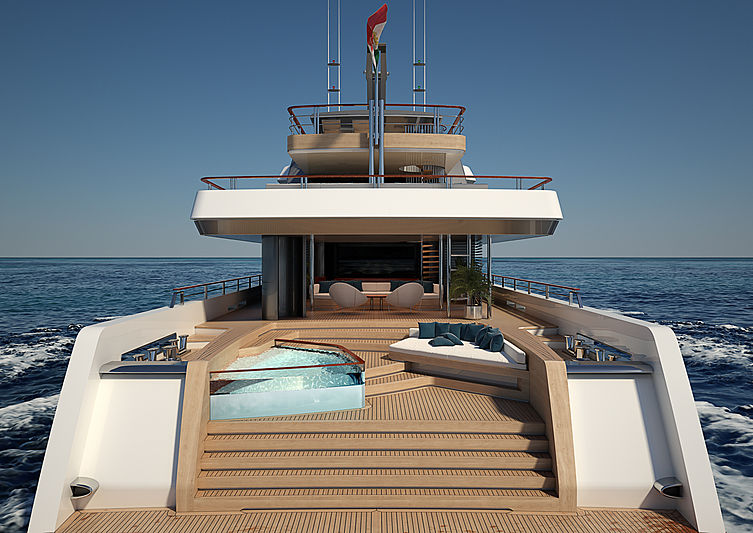 Photo: Luca Vallebona“The customary main salon takes up a lot of space but is rarely used,” says Vallebona. “So I brought the living area outside, reduced the size of the dining room, and put a smaller TV lounge (with its own AV rack room) and the main exterior dining table on the upper deck aft.” 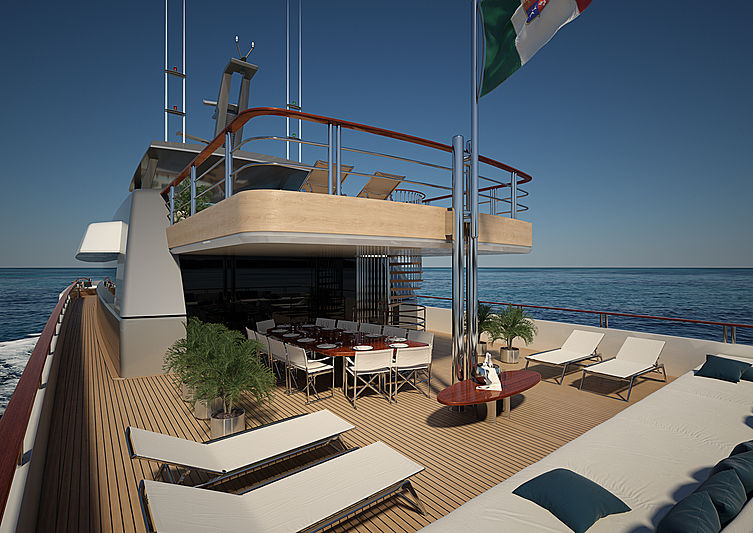 Photo: Luca VallebonaThere is also a full-beam VIP cabin on the upper deck and a huge open-air lounge with a fire pit in front of the wheelhouse. Sufficient deck space is left over for storing jet skis in the forepeak. 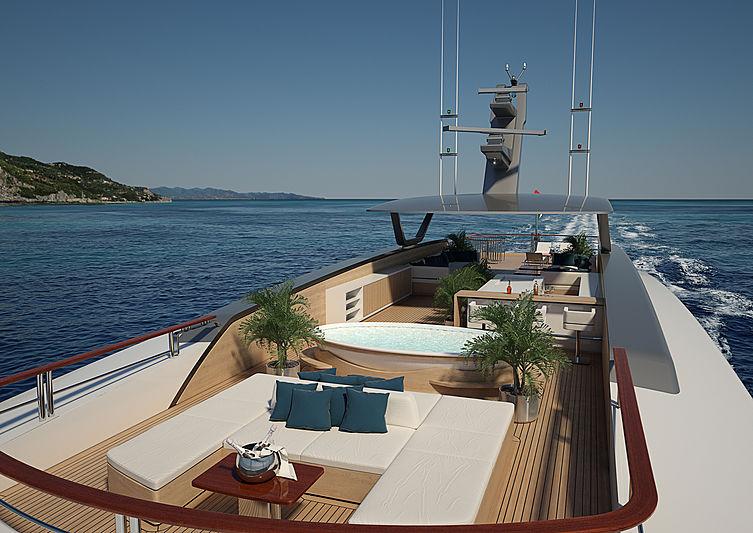 Photo: Luca VallebonaThe layout of the enormous master stateroom, which covers 93 square-metres on the forward main deck, is also unusual. The owner enters from the main lobby into an office, followed by a large walk-through wardrobe, then into the cabin, and finally the starboard-side bathroom (on the other side of the dividing bulkhead is the crew tender garage). There is a continuous sightline from the lobby entrance to the bathroom. 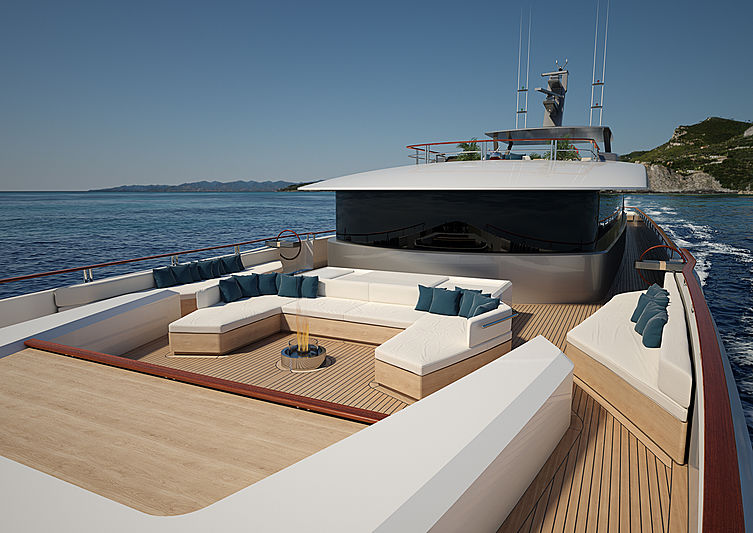 Photo: Luca VallebonaThe sundeck is at least half the length of the hull and provides full dining facilities with separate crew access. A sinuous walkway weaves its way between the dining area and bar from the sun loungers to the forward Jacuzzi. 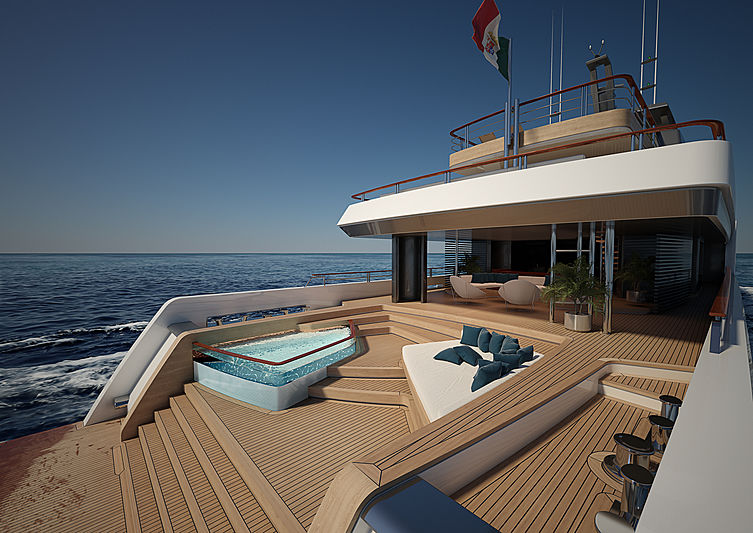 Photo: Luca VallebonaOn the lower deck are four double guest cabins, the crew quarters including mess and saloon, and the side-loading garage for the limo tender. An engineer’s cabin is conveniently located next to the tender garage with direct access to the engine room. 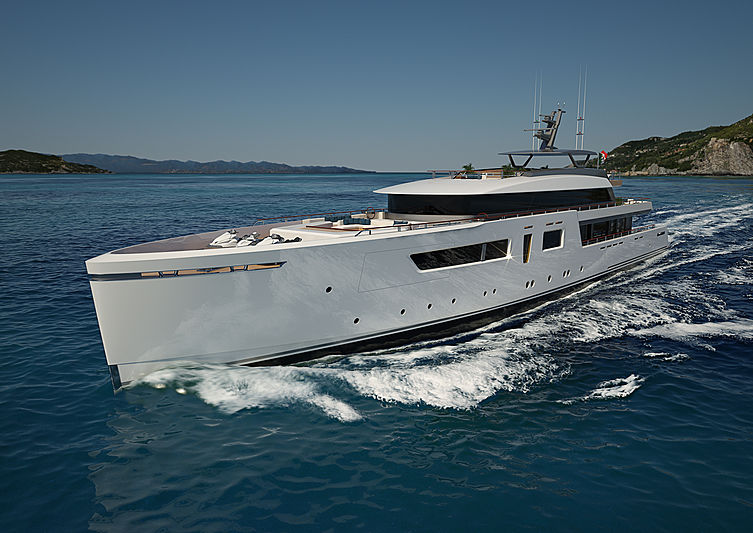 Photo: Luca VallebonaPowered by twin CAT 3512 main engines, the superyacht would have a top speed of 16.5 knots and a range at 12 knots of 4,500nm. Vallebona has already developed a 50-metre variant of the same concept and is working on a 70-metre version.