Serial yacht owners are not difficult to find in today’s active superyacht market. The process of creating a custom, one-off home-away-from-home that will be the setting for many treasured family moments for years to come has owners coming back time and time again. Obsessed owners, however, are not such a mainstream occurrence. One such owner, whose boating adventure started over 40 years ago on Lake Como, could be described as just that. We met with Hugo Verlinden recently, the man behind the brand new 52-metre Sanlorenzo, Seven Sins, to find out how he got bitten by the yachting bug. 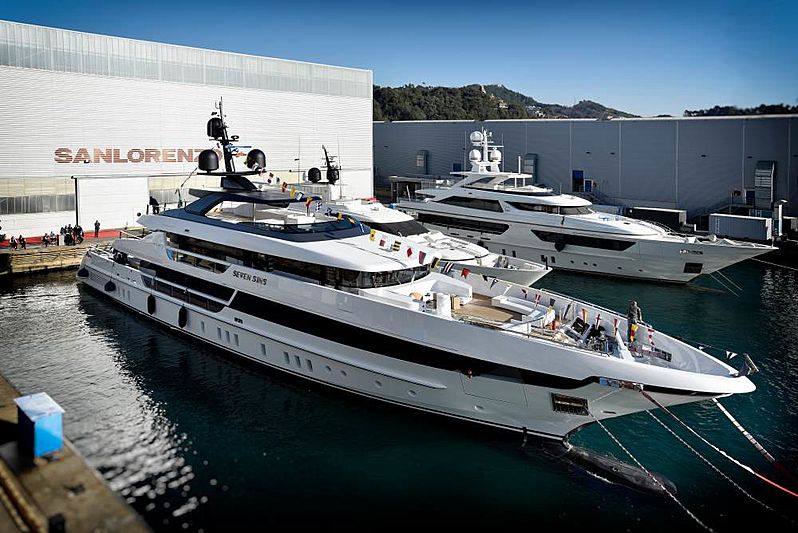 We drive through the lonely Belgian countryside on our way to meet with Hugo. It is January and the launch of his newly-built 52-metre yacht is taking place in a few days’ time. I wonder if he will have time to speak with us at all. I was pleasantly surprised, therefore, that when after ringing the doorbell it is Verlinden himself that welcomes us inside and guides us through his humble home. He shows us a few artist impressions of his soon-to-be new yacht and is not doing a very good job at hiding his excitement. Throughout the course of the evening I would discover that it is this low-key, down to earth and almost child-like personality that has served as the driving force behind Verlinden’s life of yachting.

Hugo takes us back to 1962 - the year since he has owned a boat in one form or another. “When I married in 1962 and our son, Patrick, was born nine months later, the first thing I bought was a boat,” he begins. “It was a small boat of four and a half metres, with a tiny outboard engine. I remember us driving to Lake Como one year with a small Volkswagen pulling the boat. After two days on the lake the motor broke and I decided to sell the thing.” Today, the new Seven Sins’ tender alone is nearly twice the size of Verlinden’s first boat. 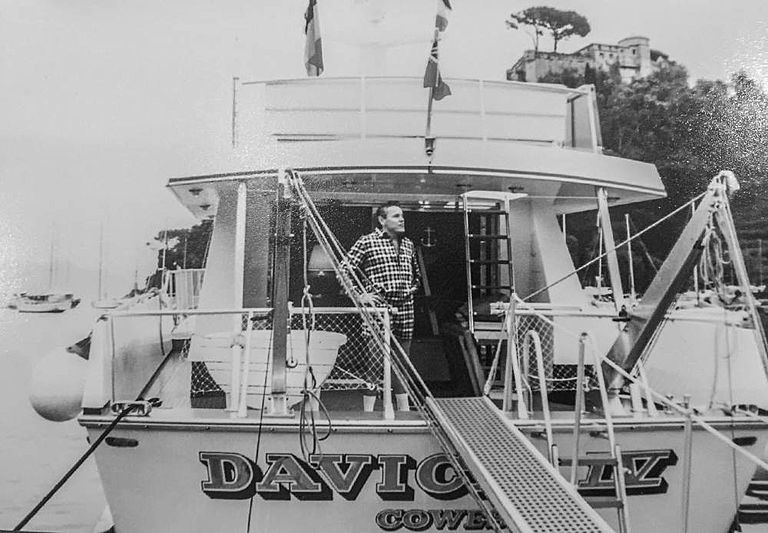 It was only in 1977, during a visit to the Cote d'Azur, that Verlinden considered entering the larger yacht market. An opportunity to co-own a 16.6-metre Technomarine yacht was presented during that trip. “And so, in 1977, I had my first small yacht.” The under-maintained wooden yacht, however, soon started revealing a few operational issues and it wasn’t long before Verlinden began looking for a new yacht. It was then when Hugo’s relationship with the Sanlorenzo shipyard began.

“I went with my boating partner to the Genoa Boat Show in 1977. It was there that I met Mr. Jannetti, the owner of Sanlorenzo at the time. We decided at the show to order a new 18.5-metre Sanlorenzo, which was delivered the following year. I kept her for 10 years and ended up cruising a lot with her in Corsica, Sardinia, the Amalfi Coast and other parts of the Western Mediterranean.” It was during these ten years that Verlinden could live his childhood fantasy of driving his own boat. But that, as he explains, is not always as easy it may seem. “My passion was to drive the boat myself. In the beginning I had to learn, and I remember making mistakes in marinas. There would be people whistling and shouting ‘Hey, you crazy guy!’. For me, it’s a big toy. A big toy for a small boy.” Hugo is already looking forward to getting behind the sticks of his new 52-metre toy. “I’m always surprised by how few owners drive their own boat. They sit and have a drink, have lunch, but never play with their boat. It always the Captain or First Mate that get to do the fun things.” 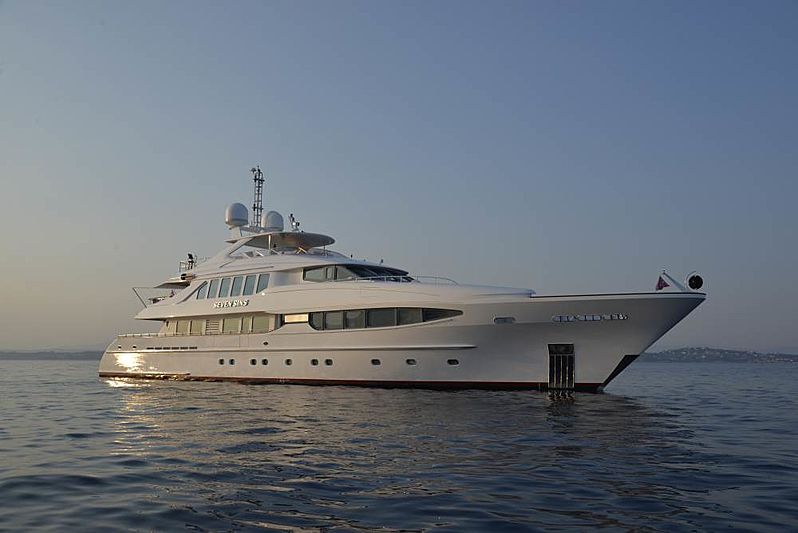 It was in 1988 when Hugo went on the hunt for yet another bigger boat. After realising that Sanlorenzo’s build capabilities at the time would not be able to deliver his required 27-metres of boat, Verlinden approached Dutch builder Heesen Yachts where he came in touch with Frans Heesen. In a deal where Frans bought Hugo’s Sanlorenzo yacht, the shipyard agreed to deliver him a new 27-metre motor yacht named Bacino (now Lady Arlene) that same year. In 1998 Bacino was lengthened by 5 metres at her stern to the 32-metres that she is today.

By this stage, Verlinden has had over 20 years experience as a yacht owner. Now on good terms with Heesen, the two started negotiations in 2002 on the build of what would become his largest project to date. “I remember speaking to Heesen for some time already on building a 41-metre project. It was, of course, an expensive investment, and when you don’t have a gold mine, it’s better that you make your calculations first to find out if you can actually afford it. Superyachting is not the cheapest thing in the world. There is a lot of luxury out there, but this is by far one of the most expensive.”

It was because of this reason that Verlinden decided to register Seven Sins, eventually launched by Heesen in 2005, as a commercial yacht with every intention to have her operate as one of the most successful charter yachts in her size range. 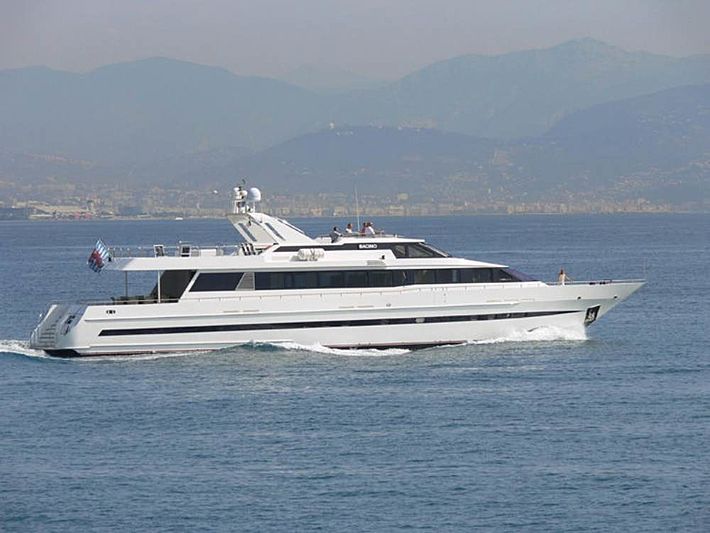 It turns out that it is not only the construction of yachts and the eventual enjoyment of family life onboard that Verlinden enjoys, but everything in between. Incredibly, for the last 40 years he has been in charge of the running of his own yachts. And the new Seven Sins will be no different. “This year, I’ll have owned a yacht for exactly 40 years, and I’ve managed them all for 40 years by myself. I am the manager, the lawyer, and the accountant. People are always very surprised to hear that. I admit, you need a good captain and someone who can support him/her to help manage the boat and make decisions. Because often there are complicated financial and legal issues to deal with. But with 12 years of chartering experience, I think we know what we are doing. 12 years is a long time.”

And with four owners with claims in the Seven Sins project (Verlinden owning the majority stake of 68%), a firm hold over the yacht’s business is certainly a good thing. So how does time on board get divided while keeping the charter guests and crew happy? Hugo has it all figured out. “It’s kind of a concept. As a principle, in the high season, we don’t touch the boat. That’s rule number one. High season is for charters. Then, the second rule: in the low season the owners can book upfront, but when an interesting charterer comes along we cancel the owner’s booking. And the last rule encourages owners to book way out of the season. I am talking about October, end of September, beginning of June, when the charter enquiries are really low.” This tight schedule leaves all co-owners with roughly two and a half months aboard with their families each year, enough rest for the crew, as well as an annual month-long shipyard period following each Mediterranean cruising season.

With such a busy past 12 years chartering the 44-metre Seven Sins, one might think that Verlinden and the other co-owners can expect to make the most of their new yacht during the first cruising season after her delivery. But this too is not the case. “I must say I’m completely surprised about everything that has been happening over the last few weeks. The boat is not christened yet and will most likely only be delivered in mid-May, and we already have six charter weeks signed. Between us, I need two boats like this to keep up with the charter demand!” 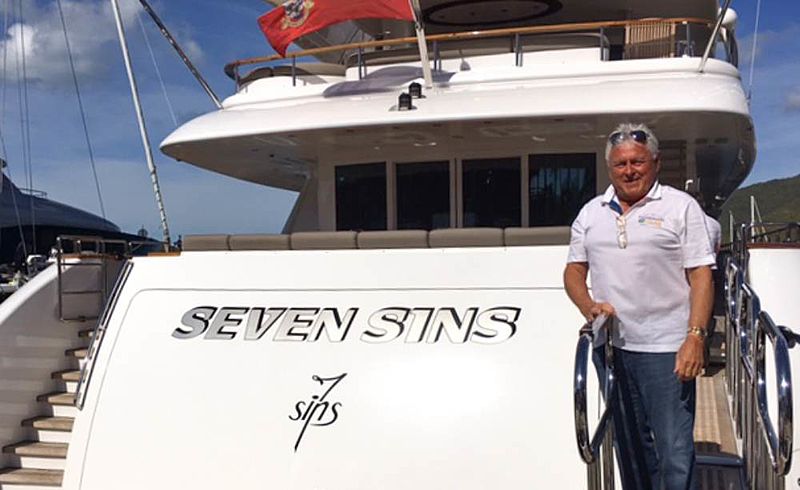 Hugo contributes the reputation of the Seven Sins charter name, but also the class-leading features onboard, to this premature success. “If anyone in the world is looking for a 52-metre yacht with a swimming pool, a beach club, gym and large top decks, you will only find one. That is Seven Sins. You can buy several 60-metre yachts with similar amenities for double the price and the same amount of pleasure. On top of this you are missing the possibility of entering a lot of popular and exciting ports and marinas in Europe.”

So does Verlinden still see all of this as work? “No, for me this is not work, it’s amusement. Otherwise, when it’s 10:30 in the morning and I have nothing to do anymore, then that’s a catastrophe. That is when you get bored, and when you get bored you get unhappy. But when your day is filled and you know what to do, that’s nice.”

The full interview with Hugo Verlinden was published in the most recent edition of the SuperYacht Times newspaper. Subscribe now to receive your copy straight to your door and never miss another issue.

Latest issue of the SuperYacht Times newspaper out now