Lürssen have launched their 55.5-metre superyacht Project 13800, created in collaboration with yacht designer Bannenberg & Rowell. Some details of the vessel were announced during the first Lürssen Live at the tail end of last year, but the project has been under wraps, with only a little information about the yacht released to the public. 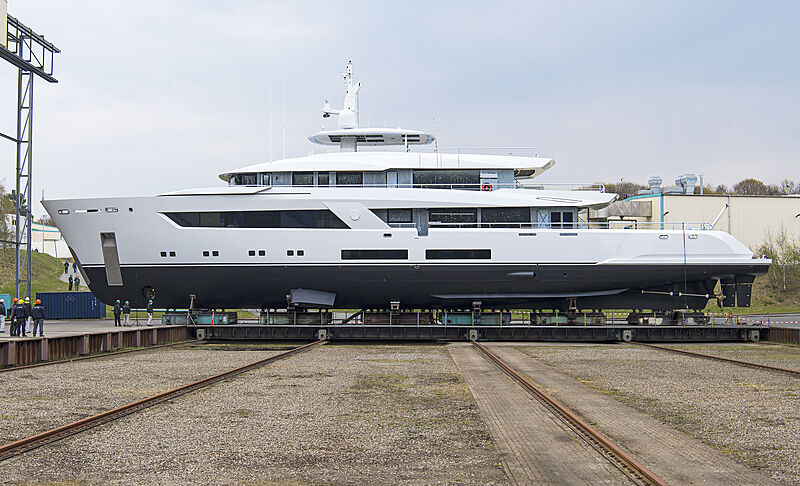 Photo: Klaus JordanBannenberg & Rowell Design were inspired by the 1973 Lürssen yacht Carinthia VI, and Project 13800 is set to include “museum-quality” bespoke furniture, and an interesting interior aesthetic. 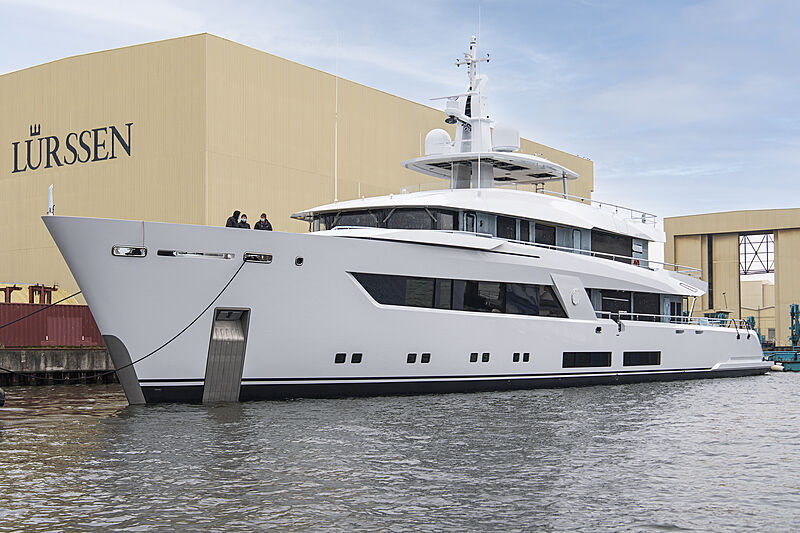 Photo: Klaus JordanDickie Bannenberg commented on the launch, ”We are excited to see 13800 emerge from her shed. The initial concept was influenced by our studies based on the classic yacht Carinthia VI, designed by Bannenberg Snr, and built by Lürssen in 1973. Every centimetre of interior and exterior space usage has to be presented, discussed and agreed with the owners, and this has led to many inspiring discussions. We really look forward to seeing her completed over the coming months, including a spectacular interior.”

Project 13800 is the smallest Lürssen to have been built in recent years, in fact she is the first yacht in the 50-60-metre range to be built by the yard since 1995. For Peter Lürssen “It is like going back in time." 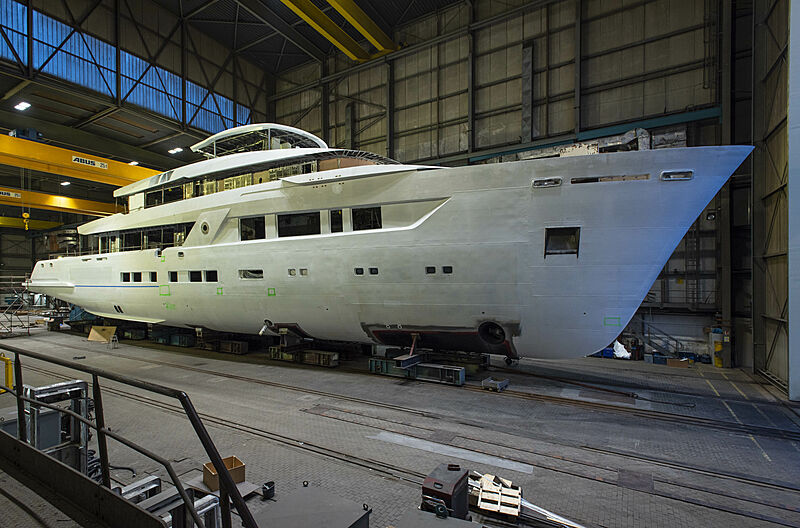 Photo: Klaus JordanThe four-deck yacht was briefly seen in April of last year when she was moved from her building shed for testing, but she has since been in the outfitting process ahead of her launch. 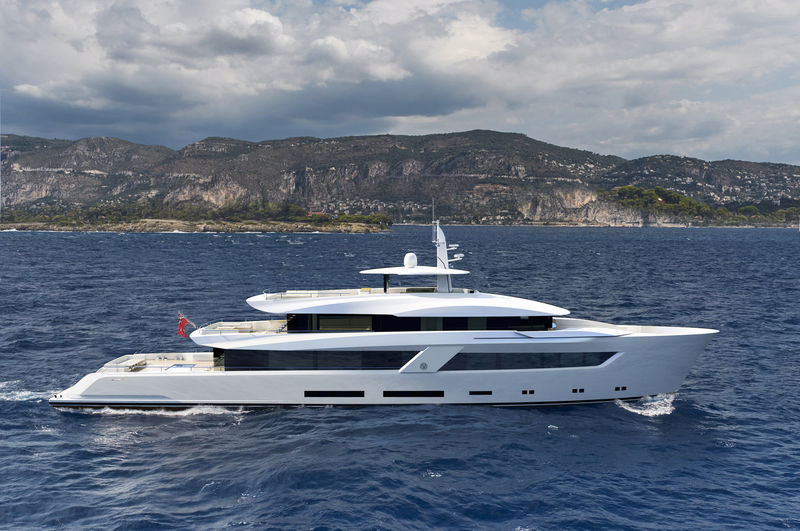 Photo: LürssenYou can view Project 13800, and her Lürssen sisterships, in even greater detail within the SYT 3D world!