Lürssen have announced the sale of their first superyacht with fuel cell technology. Peter Lürssen described at the recent Lürssen Live show how the company have been at the forefront of the innovation: “Since 2009 we have been involved in research projects aimed at using fuel cells on ships, and since 2012, the development of a modular fuel cell system using methanol has been underway – this is a project which runs under the name Pa-X-ell." 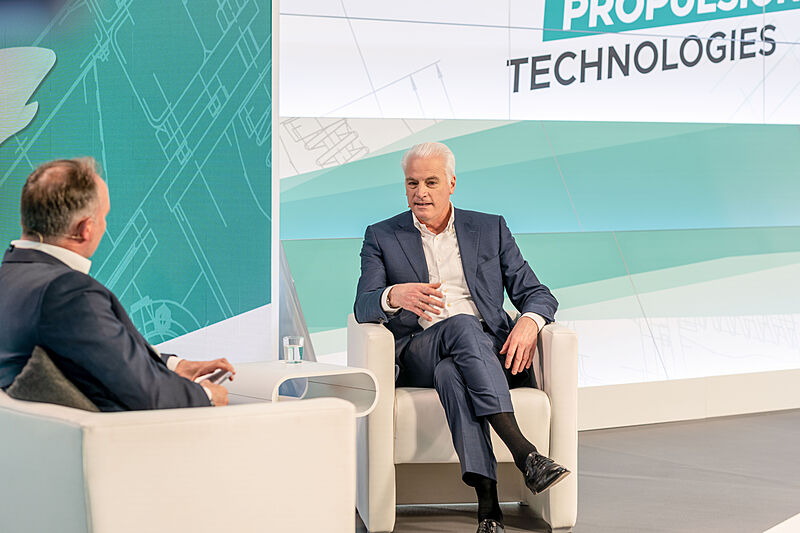 Describing the science behind the innovation, Peter Lürssen explained “we have a partnership with Freudenberg, the leading company in maritime methanol fuel cells. The core element is a cell which consists of two bipolar plates and one membrane electrode-assembly, in between you build these cells, hundreds of cells are stacked to form a fuel cell stack.  Several fuel cell stacks, the FC balance of the plant (compressor, DC/DC, etc.) and the fuel reforming unit, will be combined to a highly integrated fuel cell system. The fuel cell systems, which already meet the specific maritime rules, will be connected with the methanol supply system, the ventilation and electrical infrastructure. Then the magic can start, out comes electrical power and warm, moist air” as by-product. 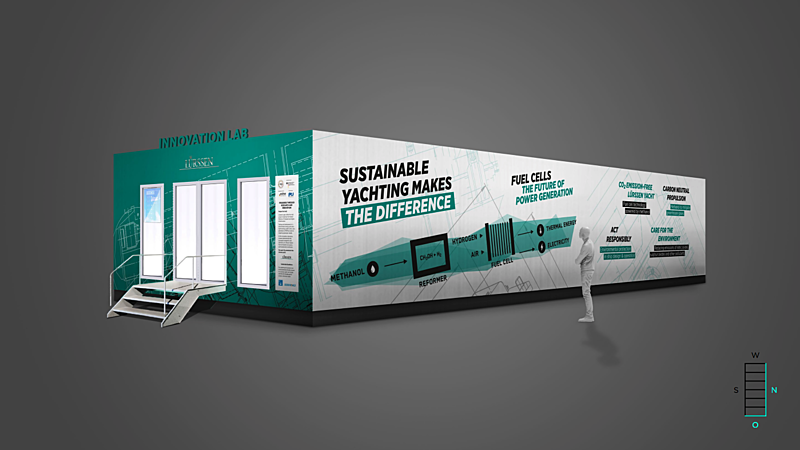 “Fuel cells have very little maintenance and are more efficient than a diesel engine, which is already a very efficient way to produce power. FC avoids nitrogen oxygen, soot and even CO2 when green methanol is used. It has one drawback which is the lower dynamic capability” this means there is a slightly slower response time. In order to avoid this, Lürssen will combine the fuel cell with a battery bank and this makes up for this lower dynamic ability. 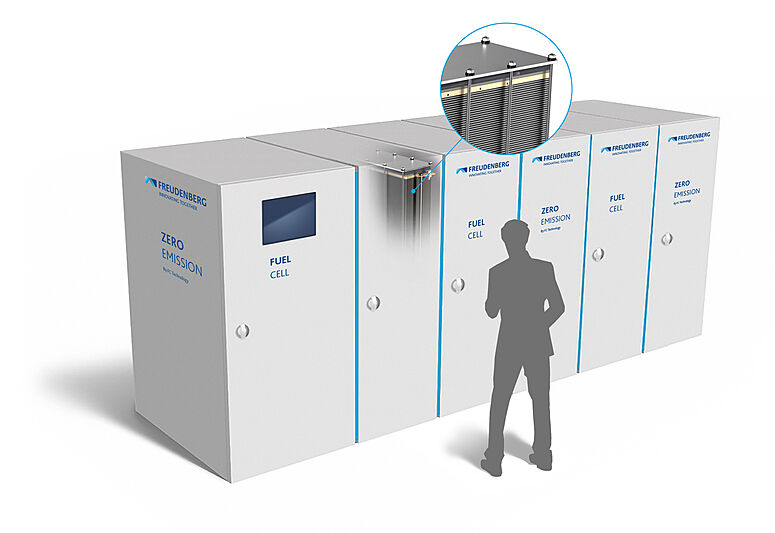 In discussing whether this technology would truly be seen in the future, Peter Lürssen said; “contrary to our normal behaviour, we can tell you that we are building a superyacht with a fuel cell installed, we have an amazing owner who loves technology and new developments, and when we told him about it, he was very excited”. This fuel cell will allow him more than 15 nights emission free at anchor, or the owner will be able to slow cruise his superyacht for more than 1000 miles emission free “and it is actually very very exciting”. 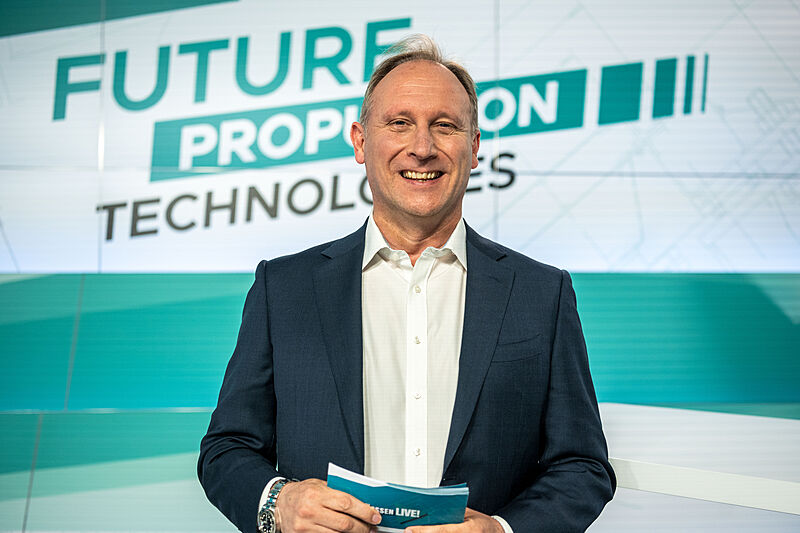 With potential for application to custom yachts, the implications for the industry are monumental. As David Seal noted at the Lürssen Live show, this is a milestone in the yachting industry, and for Peter Lürssen it is a “clear signal that owners who are already investing a substantial amount into building yachts are willing to invest that extra bit of money to make that quantum leap of furthering propulsion technology on a yacht, this will be a game-changer”.

Insight: Is Hydrogen the transport fuel of the future?