Today the Lürssen Rendsburg shipyard launched the 75 metre Northern Star, also known as Project Scout. Her owner had previously built a 63 metre superyacht with the same name at Lürssen and realizes yet another dream in a 12m longer yacht. Following final outfitting and sea trials the luxury expedition yacht will be delivered in October 2009. 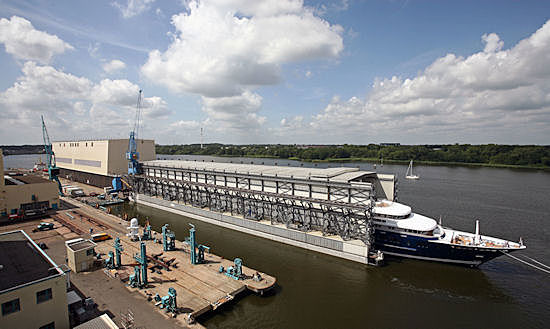 Earlier this week the SuperYachtTimes.com team had a tour onboard the Espen Oeino designed superyacht. Like the previous Northern Star, the interior is designed by Pauline Nunns and the style can be best described as a French country house. 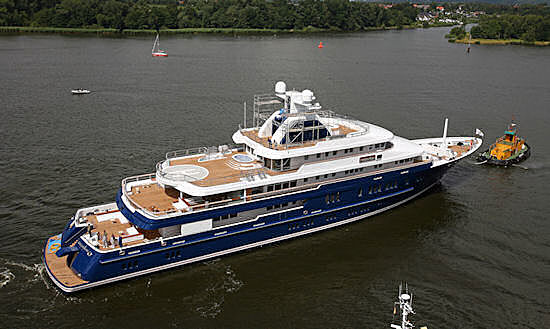 Powered by twin 2,000kW Caterpillar engines, the Lloyds classed superyacht cruises at 15 knots and can achieve a top speed of 18 knots. The construction of Northern Star has been overseen by the experienced team at Moran Yacht & Ship, who also offer the superyacht for charter from EURO 600,000 per week.