Today, Lürssen is going to launch superyacht project Quantum Blue, from their facility in Vegesack. The yacht is designed by Tim Heywoord, and measures around 103 metres. SYT's Merijn de Waard is in Germany right now, and has just send us these live photos. 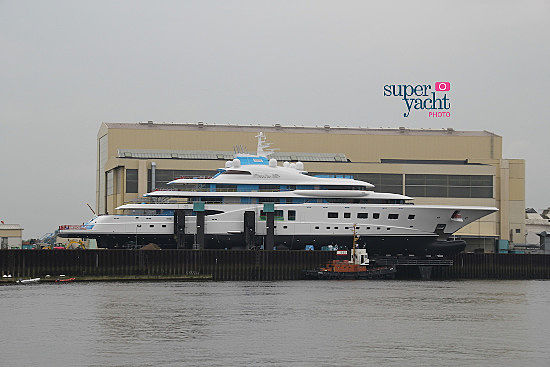 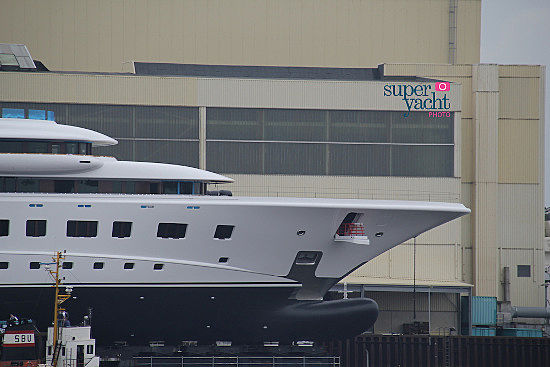 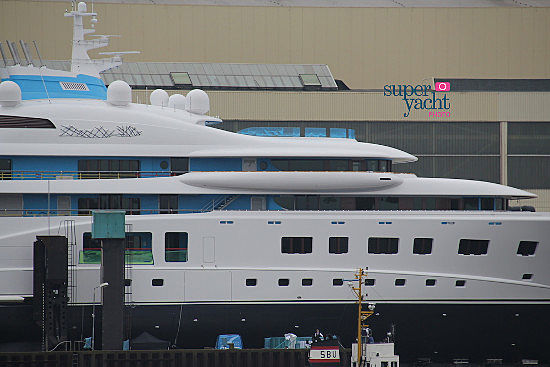 Project Quantum Blue is the third launch by Lürssen this year, following project Green, and project Global, which is going to be named Kismet when delivered. Whether or

Whether or not Quantum Blue will also be the yacht's final name is not yet clear, as Lürssen is keeping the yacht's nameplate covered up for now.

We plan to bring you more photos of the actual launch later today.