Launched at the Lürssen shipyard in March this year, the 123.20 metre project Tatiana has now been named Golden Odyssey. Little is known about this new German giant, but she is believed to have a gross tonnage of 7,600 and will be powered by a diesel-electric propulsion system.

The previous superyacht Golden Odyssey, now named Golden Odyssey II, was also contructed in Germany, but at the Blohm & Voss shipyard in 1990. She was built with exploration and marine research in mind and has travelled the globe together with the owner's other yachts, known as The Golden Fleet. The yacht accommodates up to 14 guests over 7 luxurious staterooms all with en suite facilities, including one master’s suite with a private deck and Jacuzzi, one VIP cabin, one double cabin, and four twin cabins. 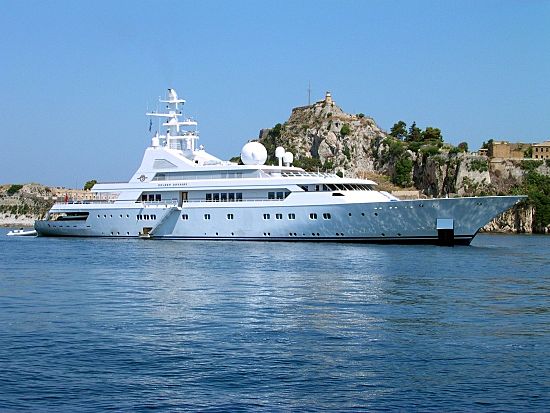