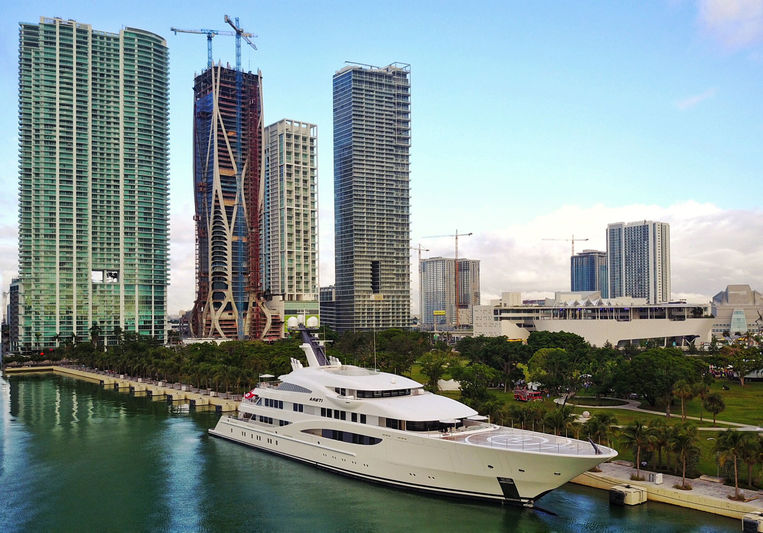 Having recently crossed the Atlantic Ocean in anticipation of the upcoming winter cruising season, the 85m motor yacht Areti has arrived in Florida and was recently spotted in Miami. The high-volume yacht was built according to the Passenger Yacht Code in order to accommodate a large group of guests. Areti’s interior, also designed by Winch Design, is described by Lürssen as ‘traditional but fresh’ with a custom design that was created according to the owner’s requirements. The beach-chic guest areas feature a spa on the lower deck aft complete with sauna, hot tub, full depth plunge pool and experience showers. The spa leads out onto the expansive beach deck with the transom door opened. Areti was launched in April earlier this year in Rendsburg, Germany.