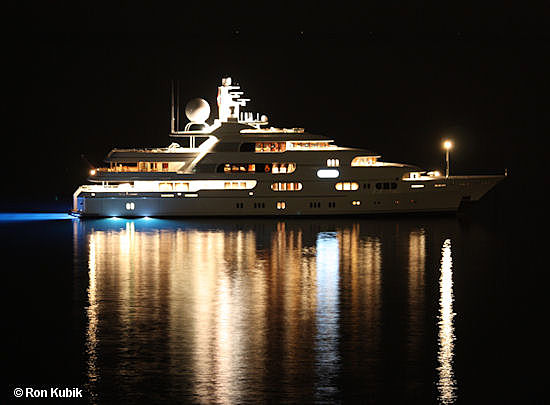 The 67m Apoise was built by Lürssen in Rendsburg, under the project name Marlin, and delivered in 2006. Nowadays two more sister ships, although slightly larger, have been launched; the 70m Martha Ann (project Shark, 2008) and the 70m Saint Nicolas (project Nemo, 2007). Apoise, and her sister ships, were designed by Monaco based Espen Oeino with interiors by Francois Zuretti. Here Apoise is pictured last Sunday night off Taormina, Sicily.