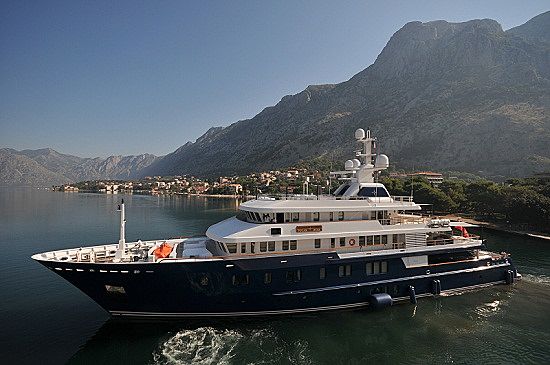 Polar Star, a 62.97m Lürssen launched as Northern Star in 2005, was sold in 2007 to her current owners. Polar Star's exterior styling is by Espen Oeino, and she features large open aft decks, and a classic interior design by Pauline Nunns and Serena Williams-Ellis. The original owner of Polar Star, recently took delelivery of a 75 metre superyacht, also built at Lürssen, and designed by the same team of designers.