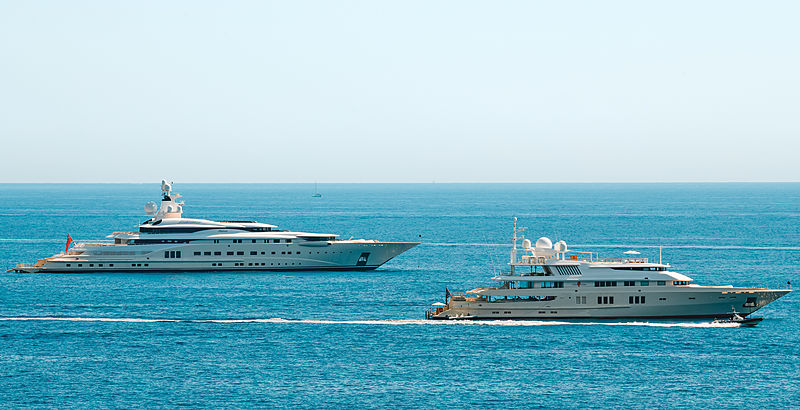 Photo: Christo303Arguably two of the most iconic Lürssen superyachts, nearly a decade separates Pelorus and Coral Ocean which were built in 2003 and 1994 respectively. The 72.5-meter former Coral Island was built to a design by Jon Bannenberg as one of the yard’s largest projects at the time. Her rustic and natural interior style served as inspiration for many projects to follow and Coral Ocean can accommodate up to twelve guests across six staterooms, which are made up of a spacious grand master suite, a VIP suite and four lower-deck guest suites. The vessel changed ownership in 2019 after having been listed for sale at €31,950,000.

One of the most recognisable yachts of all time, the 115-metre Pelorus is one of many projects between British designer Tim Heywood and Lürssen. Her rich beach-club interior is by Terence Disdale and stretches across four interior guest levels with a full-beam master suite on the main deck that comes with fold-down balconies on each side of the apartment. Pelorus is powered by twin 5.300 hp Wärtsilä 12V26 engines and has a top speed of 20 knots.

Insight: Behind the scenes with Peter Lürssen