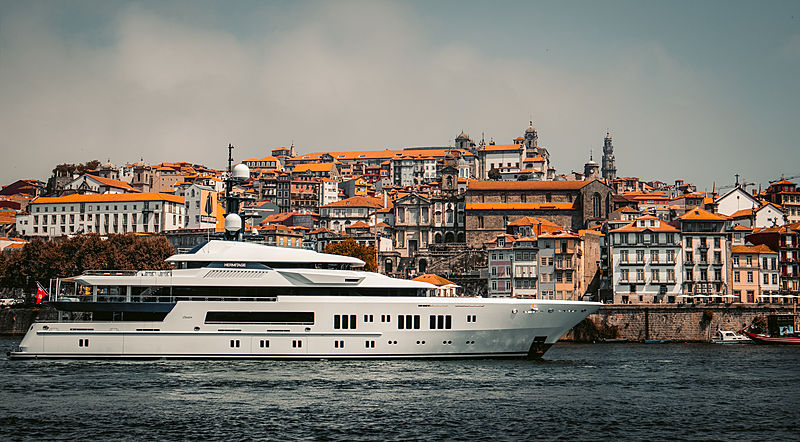 Photo: Kevin ArnouldThe 68.5-metre Hermitage was launched at the Lürssen shipyard in 2010, and delivered to her owner the following year. Her exterior is by designer Espen Oeino, and features an opulent Winch Design interior. Built on a similar platform to that of 2007-built Global (ex. Kismet), the two vessels share many of the same engineering features, despite their opposite appearances. Little is known about the yacht’s interior, of which no photos have yet been released. Here she is seen arriving in the city of Porto in Portugal.