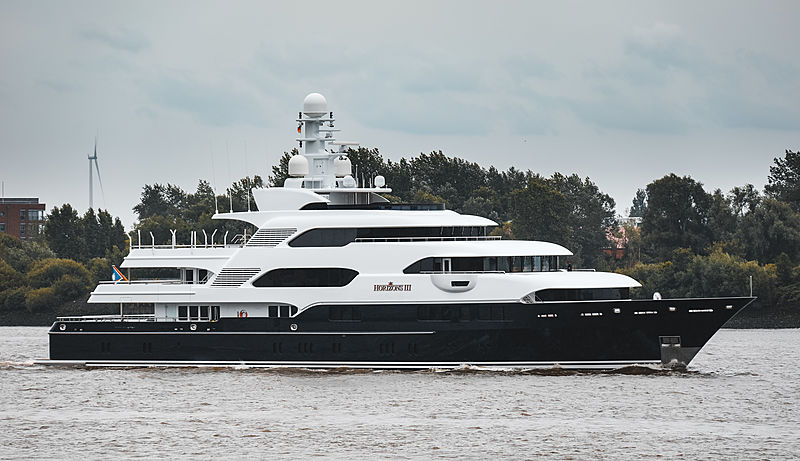 Photo: Christian HinnebergCurrently exploring the Icelandic coastline, seen here earlier this month is the 70-metre Lürssen motor yacht Horizons III as she departed Hamburg following a refit and maintenance period under her original builder’s care. Motor yacht Horizons III changed ownership in 2019 and her identity changed from Martha Ann, the name under which she was originally launched in 2008. The vessel was part of a three-yacht deal by the same owner with Lürssen. All three yachts were designed by Espen Øino with an interior by Zuretti. The owner of Martha Ann sold the two other yachts, Saint Nicolas and Titania, during construction.