Venice-based design studio Watermarkdesign have revealed new images of the interior of luxury dhow projects that the studio has been involved with, constructed at the Al Mannai Marine shipyard in Qatar. 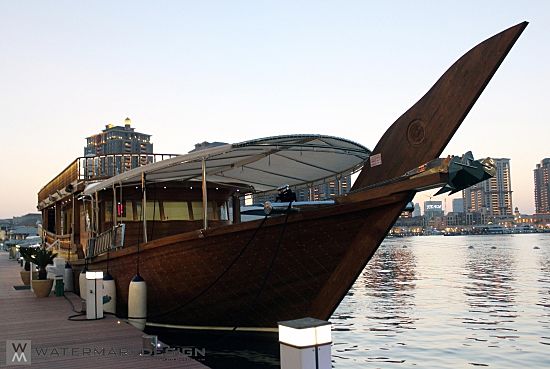 The yachts, which might appear to be traditional Qatari dhows, are fitted with advanced equipment as one would find onboard a modern superyacht, with a luxury interior designed by Garlant Marco to match. 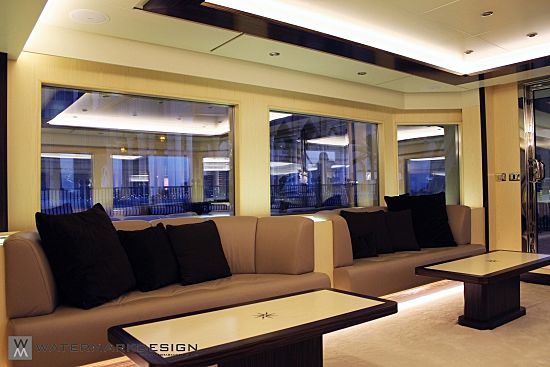 The yard reports that two superyachts have already been launched, a 30.35 metre and a 31.20 metre version, with project number 3, a 33.20 metre superyacht, currently under construction and is set to be delivered later this year. 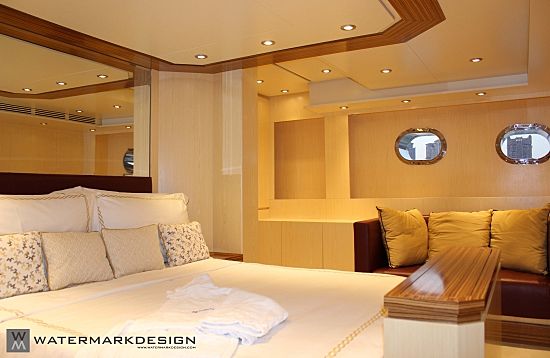 In contrast to the traditional image of the vessels, Watermarkdesign makes use of high-tech 3D scans of the hull to be able to develop an interior which can be presented as a 3D rendering to the owner. The next step is to build the interior spaces in the pre-assembly factory in Italy, which is then shipped to Qatar for installation. 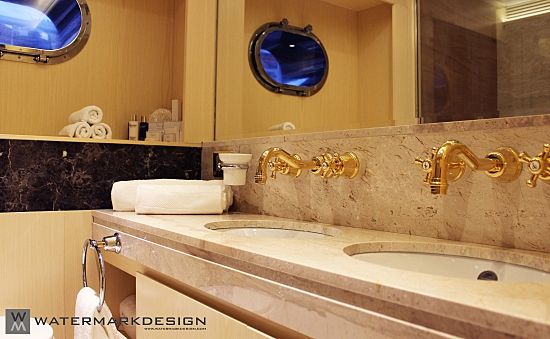 The yachts can accommodate between 8 and 10 guests, depending on the interior layout.