Expanding the YXT range, the Dutch shipyard Lynx Yachts has launched its latest yacht concept YXT34. With LOA of 33.8-metres and exteriors by Bernd Weel Design, the Lynx YXT34 series is offered in two distinct versions, the YXT34 Plus and YXT34 Sport. Following the recent launch of the YXT24 Evolution, the yacht concept compares well in quality and includes a 145-square-metre open deck for the stowage of more, and larger, tenders and toys. 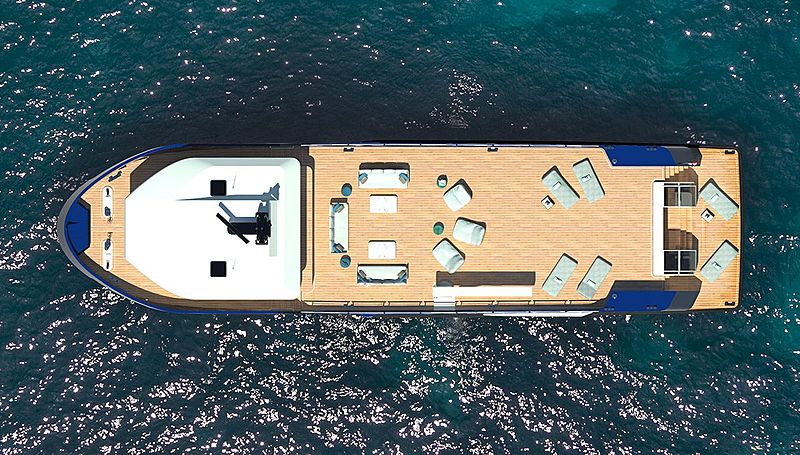 The YXT34 is designed with a Wheelhouse offering 360-degree views improving manoeuvring and navigation possibilities and a main deck with the capacity to stow a large RIB, limo tender, four Wave Runners and submarine alongside a knuckle boom crane to launch and retrieve tenders and toys. Below deck, the Lynx YXT34 is provided with two 14.5-square-metre staterooms that can be adapted to meet an owner’s needs with the current layout providing possibilities for an ironing station, three laundry machines and tumble dryers, and large fridge and freezer units for additional cool storage. Additionally, there is a 24.5-square-metre crew mess fore of which are three double crew cabins, all customisable as per the owner’s needs. 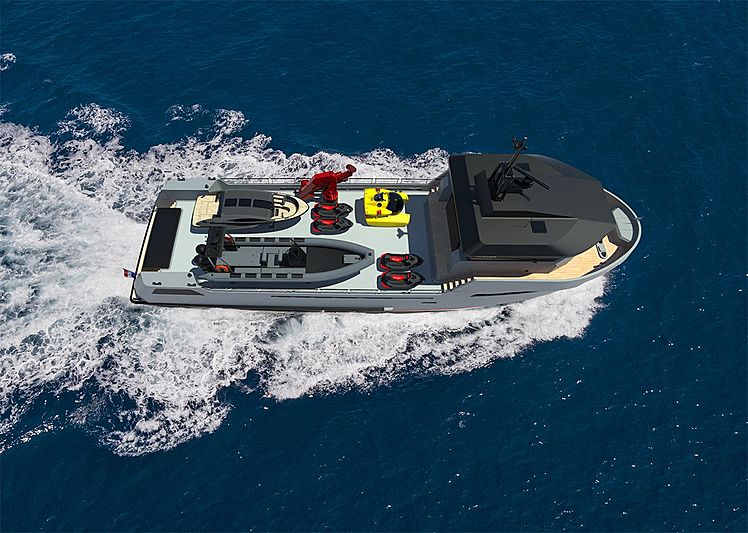 The second version, Lynx YXT34 Plus offers its guests 62-square-metre gymnasium that is located aft of the engine room equipped with sliding doors that allow natural light to illuminate the workout space. The use of glass allows for panoramic views of the sea and direct access to the beach club. The YXT34 Plus can be customised to include a massage area as per the owners’ desires and a knuckle boom crane with a capacity of 7.5 tonnes. 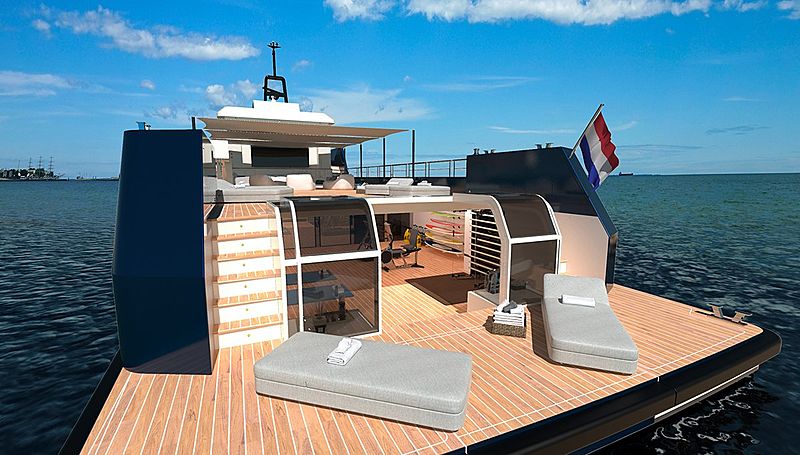 Both versions allow the yacht to be customised to include additional features including a helipad and ski jet tenders. The Lynx YXT34 will be powered by twin Caterpillar C32 engines allowing her to reach a top speed of 17 knots while cruising at 10 knots using the eco-mode.

Onboard: The 27m YXT 24 Evolution support vessel by Lynx Yachts