Dutch yacht builder Lynx Yachts has introduced a new line of explorer-type of motor yachts today called the Adventure Series. In anticipation of next week’s Monaco Yacht Show, a new 32.2-metre project called Adventure 32 has been released, showing a familiar robust and functional exterior for which the brand has become known for. 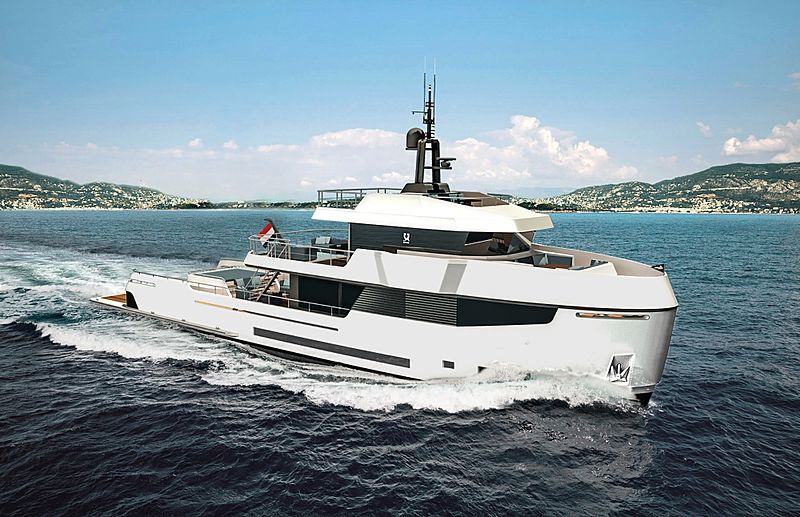 The reason for this is that the new Series has drawn its design inspiration form Lynx’ YXT series of shadow vessels that provide support to motherships in terms of toy-carrying capabilities and additional supplies. In addition to the Adventure 32, two other versions including a 24 and 38-metre model will complete the lineup.

“We are targeting a visionary kind of client with contemporary tastes,” says Filippo Rossi, Sales & Marketing Manager at Lynx Yachts. “Someone who is hungry for new experiences and eager to explore the world.” 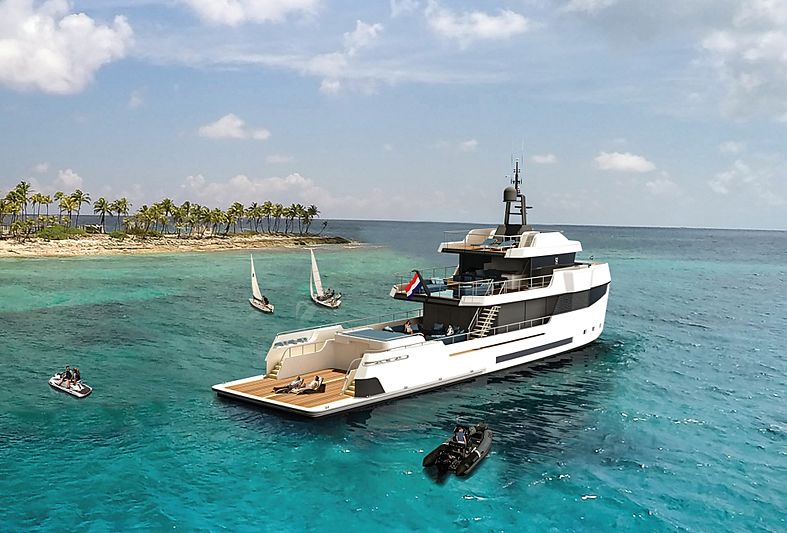 The Adventure 32 is designed to be built on a steel hull with an aluminium superstructure that will provide a comfortable and stable experience at sea and all the strength needed for carrying an array of large water toys at the stern. Coming in at under 200 GT, the vessel only requires two small CAT C18 engines to reach a top speed of 15 knots, and rewards her with a range of 2,000 nm. 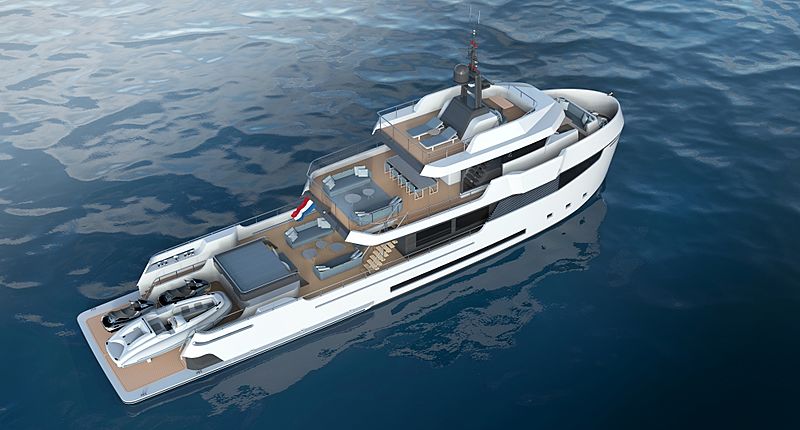 Inside, the project is designed with two different layouts and will offer space for either eight or ten guests depending on the owner’s intended usage. Guests can relax on the open swim platform at the stern of the yacht once the tenders and toys have been launched by the crew.