SuperYacht Company, publishers of SuperYachtTimes.com, has announced that after nearly ten years with the company as Content Director, co-founder Maarten Janssen has taken on a new challenge, and will leave the company in August. Maarten will join the Feadship yard on Kaag island, as their new sales manager. 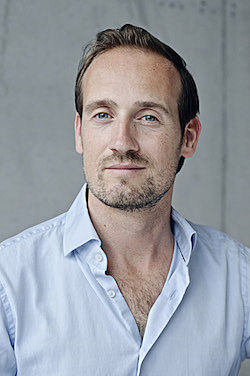 Maarten commented "After nearly 10 adventurous and incredibly fun years with SuperYacht Company, time has now come for me to move on. When the opportunity presented itself to work for one of the best shipyards in the world, it felt like the right step, at the right time in my career. I will certainly miss working with the guys at SYC, it’s a fantastic team, and it’s been a pretty wild ride. We've had some great times together".

Maarten's interest in yachting started at the age of just eight years old, when his family took him on trips around the Cote d'Azur, where Maarten managed to talk himself on to many yachts for a quick look around. He comments, "Crew often thought it was funny that a young kid knew so much about the yachts they worked on... Now, 25 years later, I think I have visited close to 600 superyachts. I think it has given me a great advantage in my future role at Feadship".

Merijn de Waard commented: "It has been a real pleasure and a lot of fun to work with Maarten. He has been instrumental in the growth of SuperYacht Company in the last 10 years and we are sad to see him leaving. But I am very pleased that he is joining one of the best shipyards in the world, as that must mean that we are clearly doing something right".

"We wish Maarten all the best with the next step in his career and we are counting on him to get the scoop on his first sale!"