Motor yacht Lady Nina is the first in the new 35-metre Exuma series of fast planing motor yachts built in fibreglass by Maiora, part of Gruppo FIPA in Italy. With in-house exterior styling and interior design, she was one of the more intriguing yachts making their debut at the Genoa Boat Show. 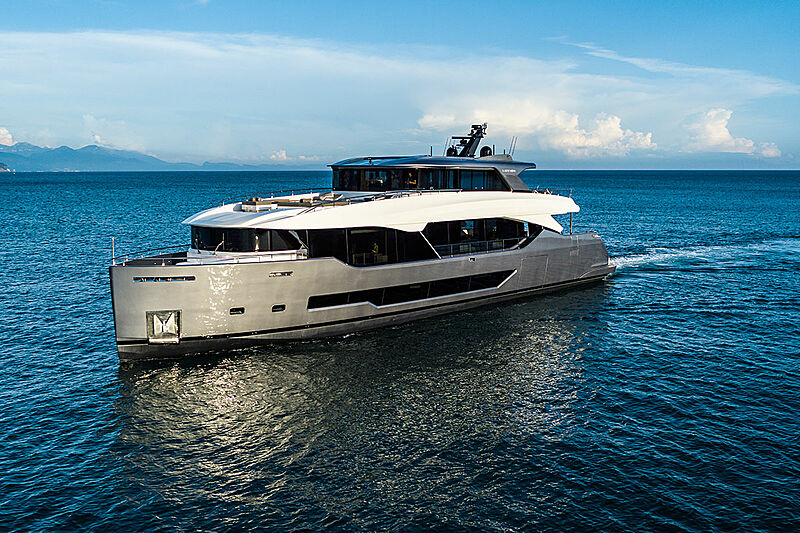 Named after the series of islands or cays in the Bahamas (the yacht is owned by a repeat client from the Americas), shallow water capability was a top priority and Lady Nina draws on the long experience of AB Yachts, also part of Gruppo FIPA, in the field of water jet propulsion. Two MJP steerable waterjets and a central booster jet coupled to three Caterpillar C32 Acert engines of 1,925 hp each provide a top speed of 35 knots with little or no vibration. 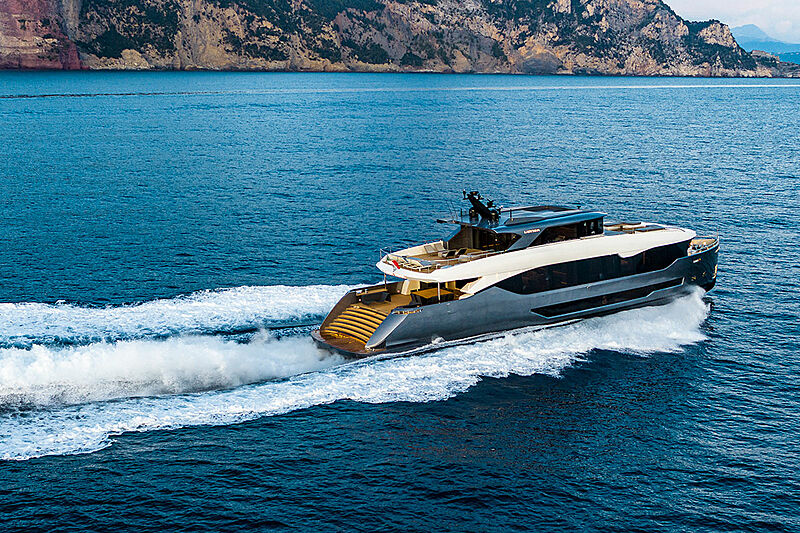 “Perhaps more important than the top speed, however, is the range of cruising speeds the waterjets provide, starting from around 8 knots up to 30 knots, while at an economical 10 knots the yacht has an impressive range of 1,600 nautical miles,”, says Francesco Frediani, Business Development Manager for Gruppo FIPA. “Moreover, she has two Seakeeper 35 gyroscopic stabilisers for stabilisation at anchor and underway.” 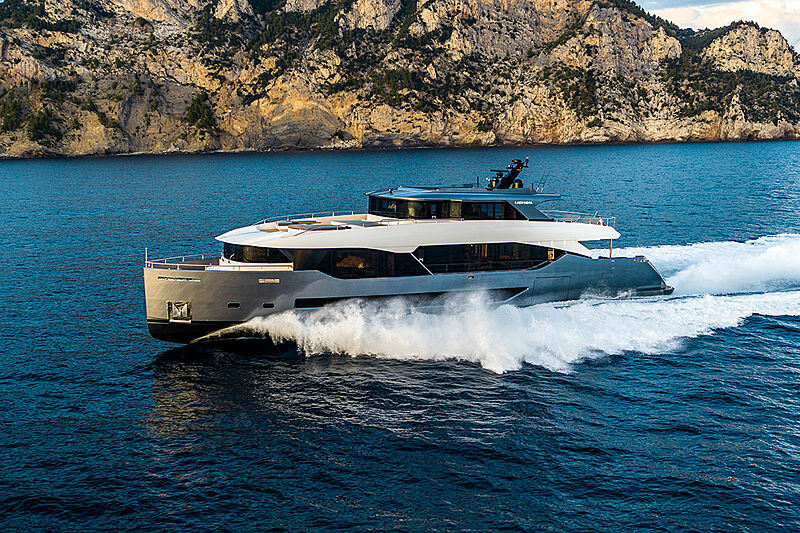 Lady Nina is also what Maiora calls a ‘special project’, meaning that not just the wengè, walnut and oak wood interior décor by the group’s Centro Stile has been tailored to meet the owner’s preferences, but also whole interior layout. 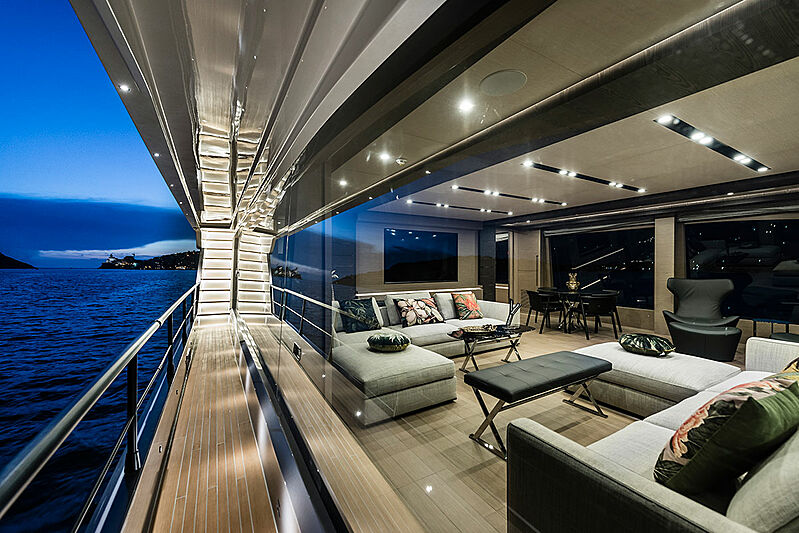 The main salon is an open-space entertainment area with a comfy conversation zone and games table. Once the glass sliding doors – the six panels open completely and tuck away into the side columns – leading to the terraced aft deck and exterior dining table are opened, the area covers around 60 square metres. 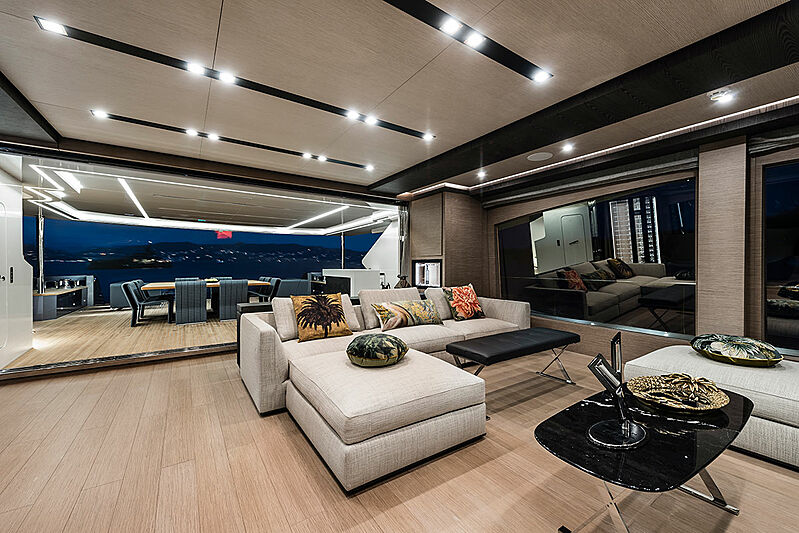 The airy, full-beam master stateroom is on the main deck forward of the lounge and there are three guest cabins and a VIP suite on the lower deck. In terms of size, the latter is effectively a second owner’s suite and includes a walk-in wardrobe in the bathroom. All the cabins have large windows, especially the master stateroom. 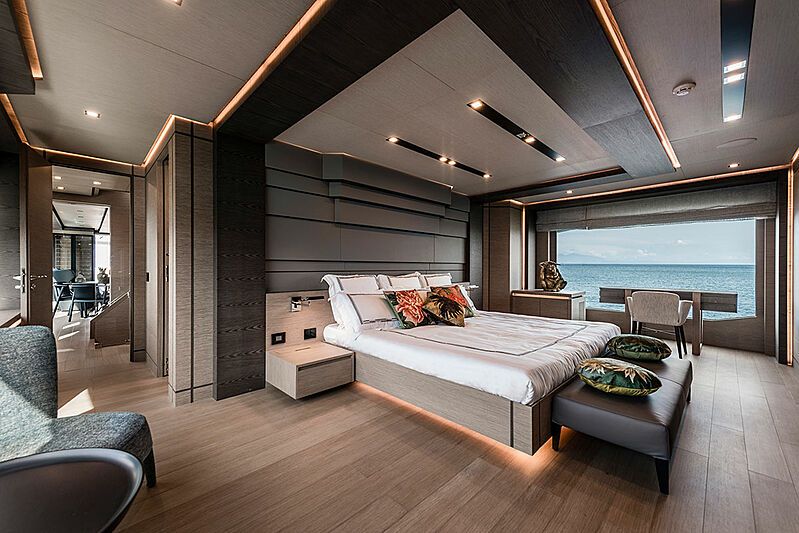 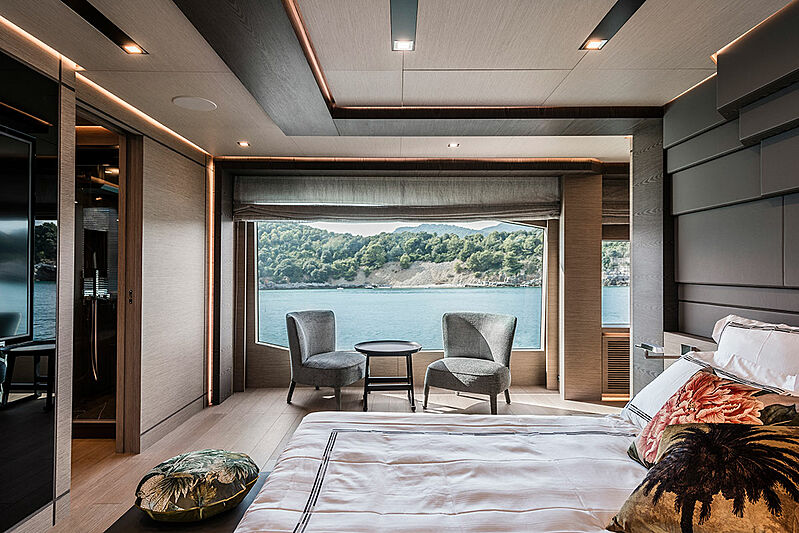 “The convertible fly deck, as the most important area for the owner, is what makes Lady Nina so special,” says Frediani. “His special request was to design an area dedicated to family use and because he also skippers the boat, he wanted an open wheelhouse so he could still be part of the social life on board even when he’s driving the yacht.” 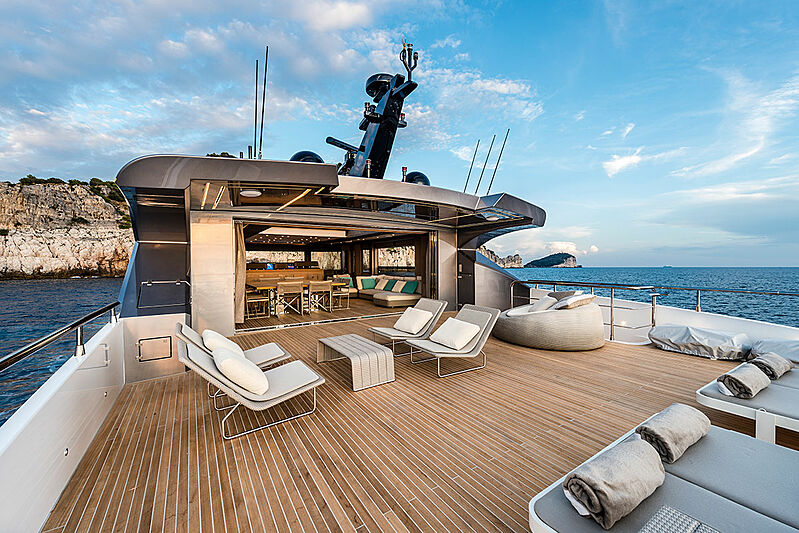 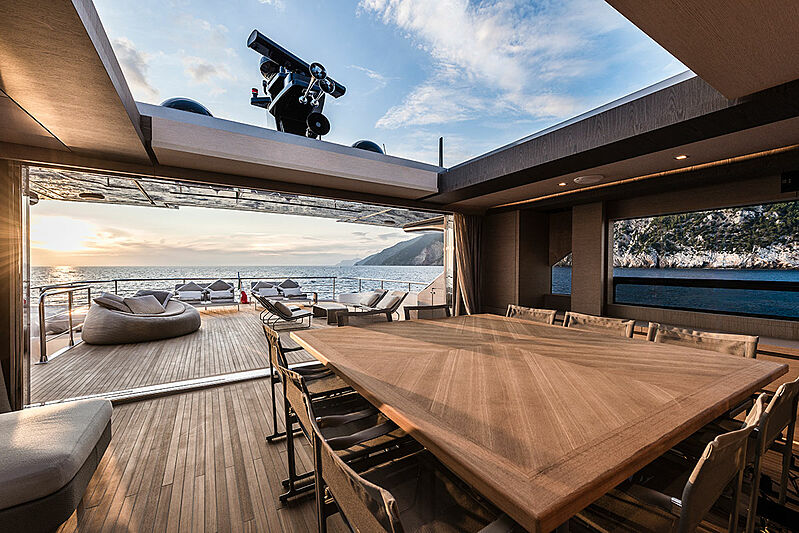 The owner further requested that all the upper deck windows slide up and down for natural ventilation and because the wheelhouse windscreen can also be lowered, the owner can even talk with anyone enjoying the sun on the loungers in front of the bridge while at the helm. Moreover, a large panel in the hardtop slides forward to completely open up the dining area underneath. 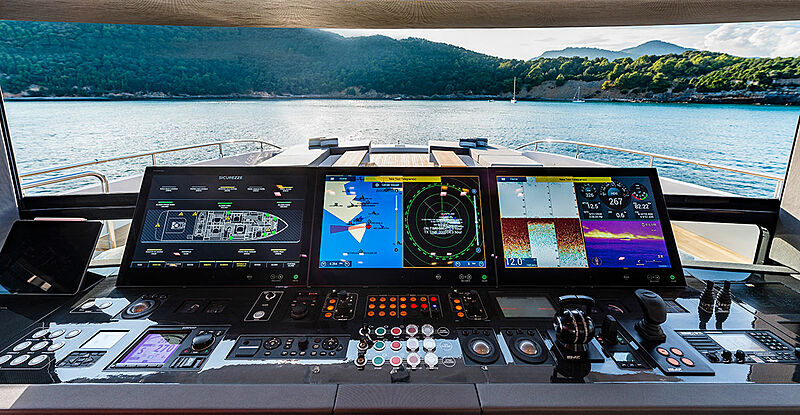 Another intriguing design feature is the interior staircase leading to the fly deck, which forms a letter ‘T’ with access from both the guest area and the crew service area to keep the circulation flows separate. Unusually, there is a second wheelhouse used only by the captain forward of the master stateroom on main deck, which can be reached directly from the crew accommodation. 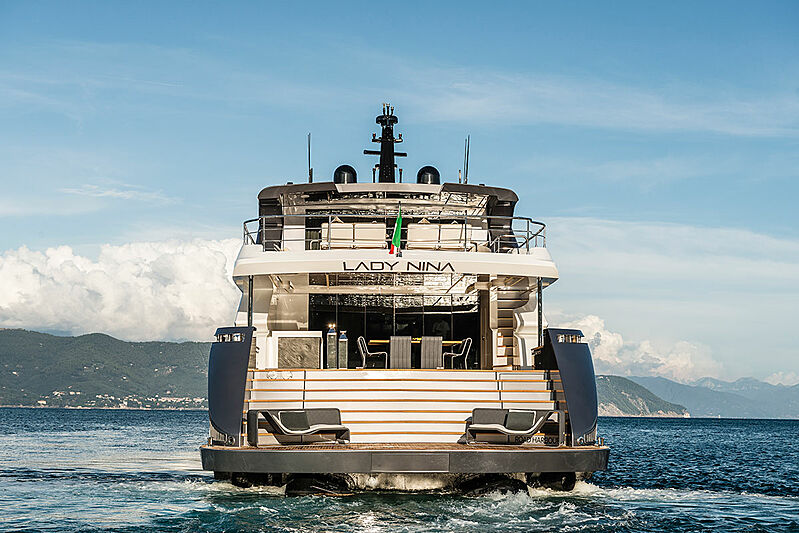 Photo: MaioraA final personal touch is the refrigerated tequila rack integrated into one of the side columns containing the engine room ventilation ducts between the main salon and open aft deck.