The 65-metre superyacht Eternity (ex: Family Day) was debuted at FLIBS following a major refit, overseen by yacht management firm Hill Robinson and Captain Aldon Beukman. The list of work carried out on her included extensive overhaul work to her engines and a full interior redesign. 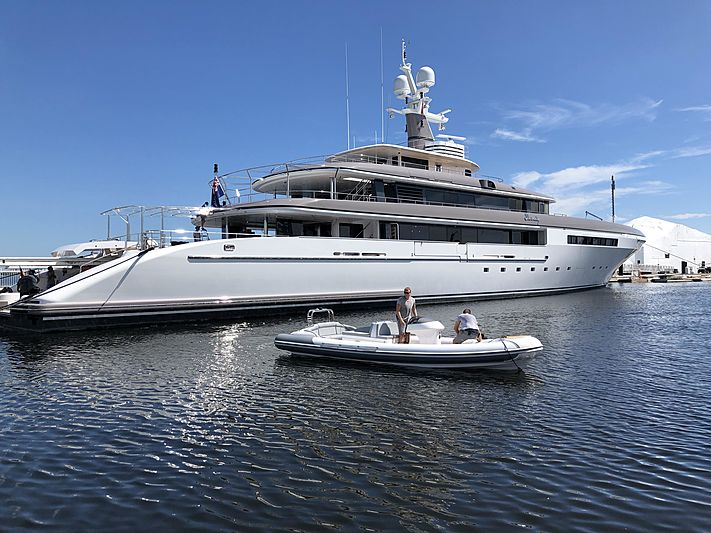 Following an assessment of Eternity’s initial condition in Hong Kong ahead of her relocation to Florida, her seven-month refit began upon her arrival at Rybovich in Palm Beach on the 17th of March 2018. Her refit encompassed all technical aspects of her build, such as overhaul work to her engines and the rebuilding of her generators, the rebuild of hydraulic appendages including cranes, and other key areas such as a full interior redesign and AVIT upgrades of all entertainment and navigational systems. 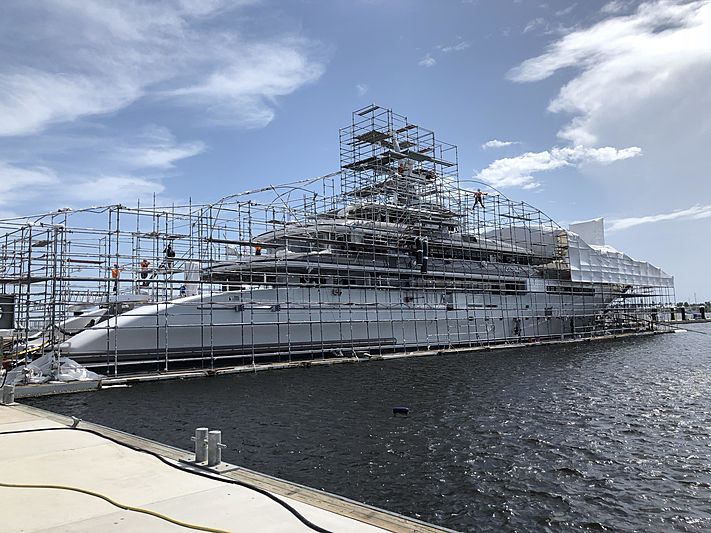 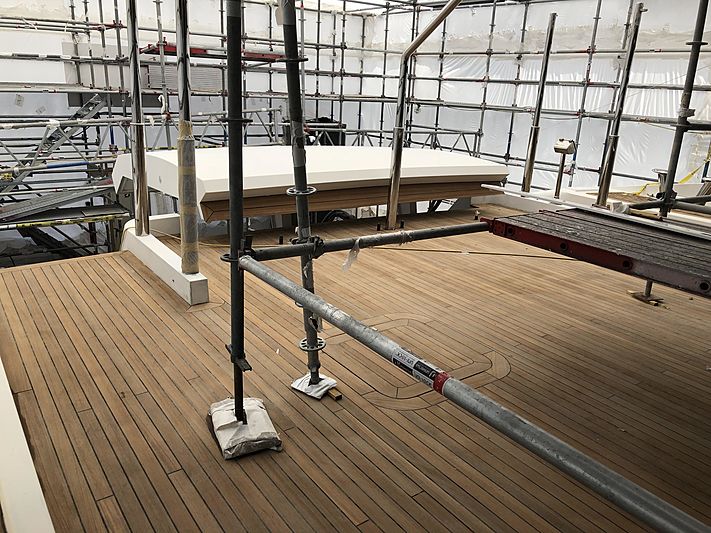 “This complex and challenging refit was in part achieved with the direct involvement and support by the captain and his phenomenal crew, but also by detailed planning and knowing the right vendors to call,” commented Hill Robinson Project Manager, Chris Wright. “As many projects have experienced, you don’t know what you’re going to get until things are opened up, so being able to plan for the unexpected is vital.” 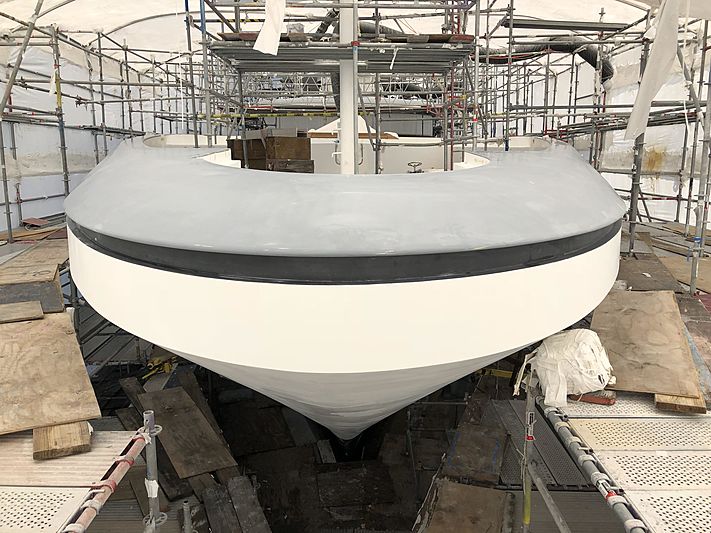 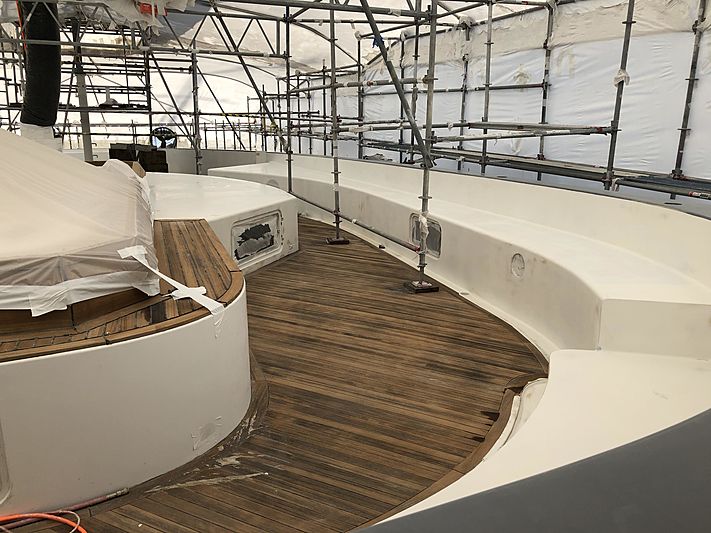 The refit period also ensured that Hill Robinson was able to conduct several technical assessments and an internal audit for Class and Flag compliance leading to the full commercial compliance with Lloyd’s Register and MCA Cook Islands Large Yacht Code, as Eternity has previously operated in a private capacity prior to her arrival in the US. Eternity is available for charter with unlimited capabilities via Burgess. 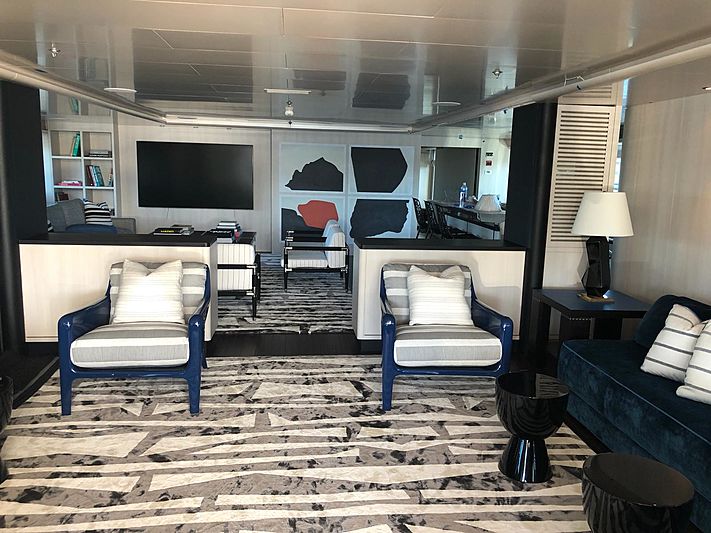 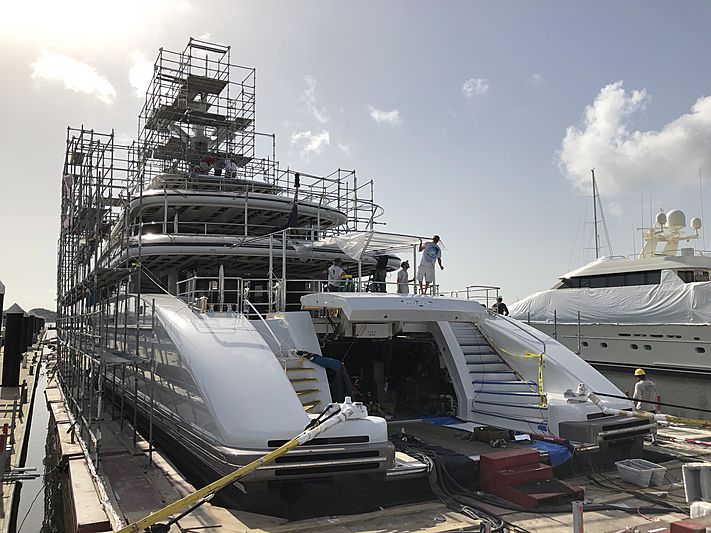 Built by Codecasa in 2010, Eternity features an exterior design and naval architecture by the yard and an interior design by Della Role Design. Able to accommodate up to 14 guests in seven staterooms, she offers four double rooms, two twin cabins as well as the master suite. Key features on board include oversized picture windows on the main and bridge decks offering plenty of natural lighting, a jacuzzi and plenty of Watersport toys.

Powered by twin CAT 3516B Diesel engines, she has a top speed of 17 knots and a cruising speed of 14 knots.