The AES shipyard in Tuzla, Turkey has announced the completion of a major refit to the motor yacht Phoenix. Phoenix's intensive six month refit, was preceded by a planning and engineering phase started in early August 2012 and conducted by D Marine Design. 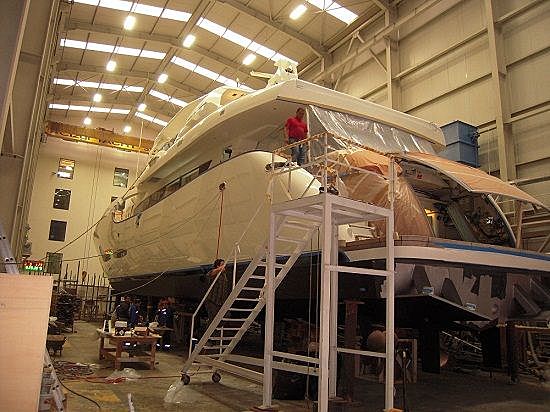 On behalf of the owners, DMD began a search for a suitable shipyard. The AES Shipyard, in Tuzla Istanbul, was finally selected in early October after a prolonged consultation period with many other shipyards in Turkey. AES was chosen principally for its well organised and cooperative management team led by Hasan Sancak, and its excellent covered and climate controlled facilities, as well as its past track record in building high quality motor yachts such as the recent launching of the 42m E&E and other experience with a wide range of recent large refit projects.

A big concern was the shipyard's ability to provide a competent workforce and subcontractors in various fields such as structural composite lamination work, painting, and interior installations. Another concern, as explained by Don Dennison of DMD, was the ability to establish a flexible and robust refit contract that protected the owner's and the shipyard's rights during the refit period. 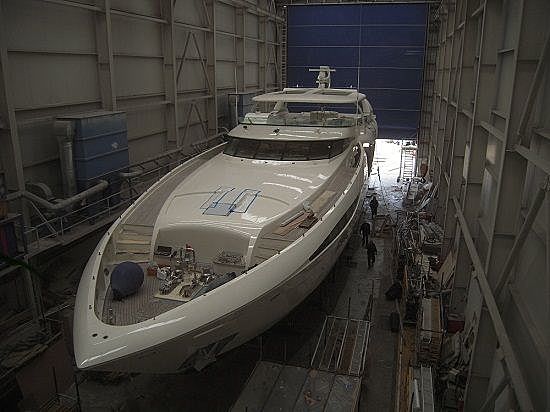 The 36 metre, epoxy composite, motor yacht Phoenix was hauled out at the AES facility on November 20th. Delivery date was set for 6 months maximum, or mid May 2013.

The refit brief included a major interior equipment overhaul, including a complete new air conditioning system, with all new ducting, related insulation, and control system. A major facet of the interior work was changing all existing lighting to LED. These two items alone required AES to remove a great part of the interior furniture. The galley saw some important upgrades including a new floating floor. 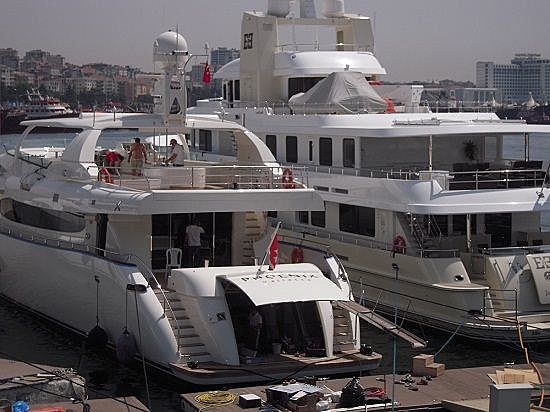 Main items with regards to electronic systems - both satellite domes were removed and a 120cm TV sat dome was added along with a new electronics mast, all new navigation display screens in the wheelhouse and flybridge stations were fitted. A complete upgrade to the existing alarm systems was engineered with a custom built digital system including touch screen displays in 4 areas. This was coupled with an innovative audio crew warning and call system. The highly resourceful ECR company in Tuzla was responsible for most of this work.

Apart from the removal of every pump, valve and ventilator in the vessel for re-conditioning or replacement, the big engineering work was the installation of 2 powerful gyroscopic stabilizers. After an extensive review of the stabilising equipment available in the market place today, DMD chose to install 2 x M26000 gyros from Seakeeper. This installation required a major rebuilding of the ship's structure in the forward engine room to remove a structural fuel tank and then build in foundations to achieve the required strength necessary to absorb the anti-rolling forces generated.

Bureau Veritas approved the supplied engineering by early February, and then AES installed both of the sophisticated vacuum sealed gyros, weighing 1.3 tons each, delicately onto their foundations via a custom made hatch in the salon. The installation was perfectly programmed by the shipyard engineers and was completed without interruption.

The existing hydraulic stabiliser fins were reduced in size from 2m2 to 1m2 each . They will be used principally for stabilisation when the yacht is cruising in the 16 to 21 knot range. 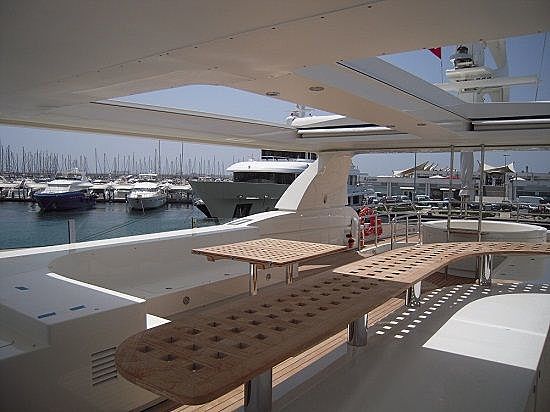 For the major work items on deck, AES installed 3 custom built and electrically retracting awning systems over the aft deck and flybridge. These were engineered in house and used carbon composites to keep weight to a minimum. The curved flybridge wrap-around windscreen was upgraded from Plexiglas to laminated & toughened safety glass with a new less visible stainless steel support system giving the effect that the glass is self supporting. 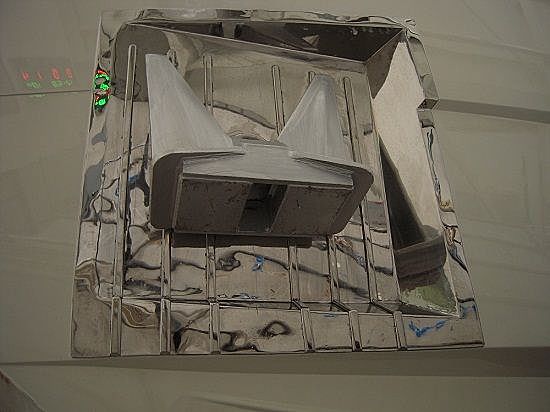 The stainless steel anchor pockets and hawse pipes were removed and rebuilt, as well as all other exterior stainless removed and taken into the shop for electro-polishing. The master cabin benefitted from the addition of a custom made, and B.V. approved, large electrically opening window or hatch in the roof.

The most important cosmetic aspect of the refit was the full exterior paint works. At the start of the project DMD and AES jointly consulted extensively with all the suppliers of the leading marine paints before choosing the Alexseal 501 system. "We have learned from past experiences that achieving the highest quality with paintwork is crucial to the success of any project" said Hasan Sancak.

Other exterior works included re-caulking entire teak deck surface and like the interior, all exterior lighting was upgraded to LED, including 9 underwater lights.

The refit team, co-project managed by Alperen Aqbas and Erdem Bicer, successfully coordinated all the different aspects of the project and were able to deliver the Phoenix on time and on budget. The yacht was launched on May 11th, and sea trials were performed soon afterwards in the waters off Istanbul.