The results of an 18‐month project by the software engineers at Lantic Entertainment Systems have finally been released, revealing dramatic improvements in the quality of entertainment that can now be enjoyed as well as in the overall architecture of these sophisticated multi‐zone systems. The new software will be installed in all systems currently in build and owners of existing installations will be contacted by Lantic to discuss arrangements for their upgrades.

The new software represents a complete re‐engineering of the technological platform that underpins every Lantic system, and is designed to open a clear gap between Lantic and its competitors in terms of system stability, reliability and functionality. Many of the enhancements are likely to go unremarked by users – although they will undoubtedly enjoy the unrivalled speed and smoothness of operation – but others will offer dramatic benefits.

Foremost of these is the long awaited introduction of streaming* Blu‐ray content. This breakthrough allows the uploading and storage of Blu‐ray movies on the system’s central server, from where viewers around the yacht can then select a film and watch it in full high‐definition whenever and wherever they choose. Accomplishing this was a major challenge and Lantic Entertainment is proud to be the first major marine manufacturer to make this service available to the market. 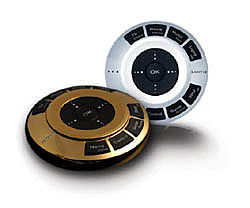 Users of iPods will also now be able to totally integrate their players into their local Lantic zone for the first time. The new software allows guests to merge the control interfaces of the Lantic System with those of the iPod to give full access and control using Lantic menus and remotes, right alongside all those for all the other entertainment options.

Other enhancements include new DVD streaming software compatible with all regions, the ability to stream a wider range of music file types, extra hardware support, the capability to import media from a hard disc, and a good deal more.

The software upgrades, together with any required hardware updates, will be undertaken by qualified Lantic technicians on board each yacht. Each system will also be totally reviewed at the same time to ensure that it is performing at 100% capability, and additional training provided to crew‐members if needed.

Owners and captains who may not have updated the warranty details for their Lantic system after purchasing a pre‐owned yacht are invited to contact Lantic to book their upgrade.