Malcolm McKeon Yacht Design has unveiled its latest sailing superyacht concept: the 72.5-metre super sloop MM725. With a beam of 13.4-metres and a sloop rig, her design disguises a flybridge deck and maintains a sleek and elegant line. 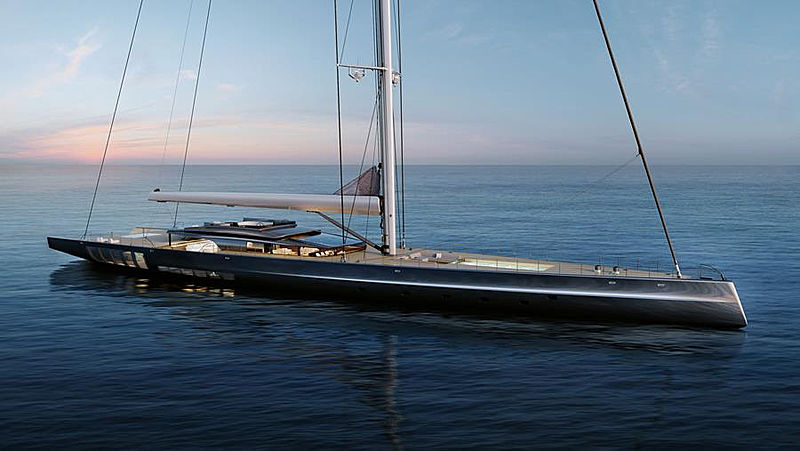 Photo: AltSpace Studio Ensuring that the saloon benefitted from enough natural light was key to the design of super sloop MM725. This aim was achieved by positioning the flybridge further aft than is typical and extending it over the cockpit, creating a curved sweep of glass in the forward section of the superstructure and resulting in an influx of light into the saloon.

Other distinctive design features include her fold-down bulwarks on either side of the cockpit which create extended balconies and a completely open arrangement which transforms the yacht's use at anchor. Similarly, the bulwarks of the swim platforms also fold down, thus increasing the size of the beach club - to which direct access is offered from the owner's suite. 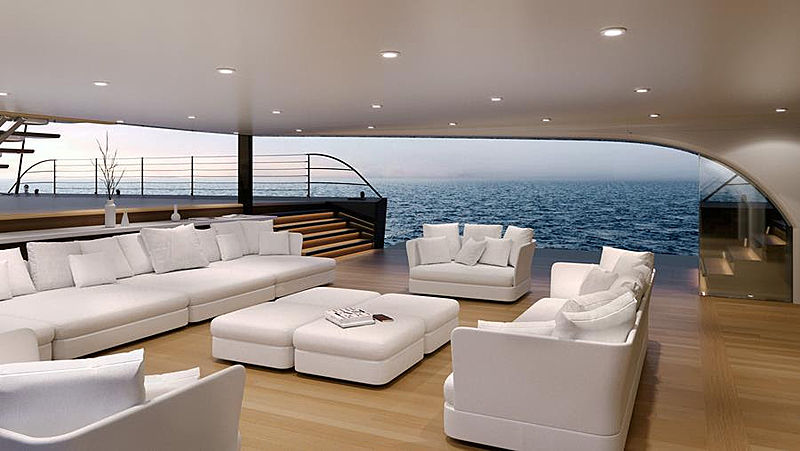 Photo: AltSpace Studio The onboard owner’s accommodation also features floor-to-ceiling glass in the hull sides. On deck, MM725's 8.5-metre tender well is convertible into a large foredeck exercise pool which is integrated with a recessed seating area, with optional shading provided by a Beduin canopy.

Other innovations for super sloop MM725 include her sail handling as the downwind sails are stored on a self-stowing reel below deck. In addition, her sailing performance has been maximised by the incorporation of a lifting keel and a square top mainsail. 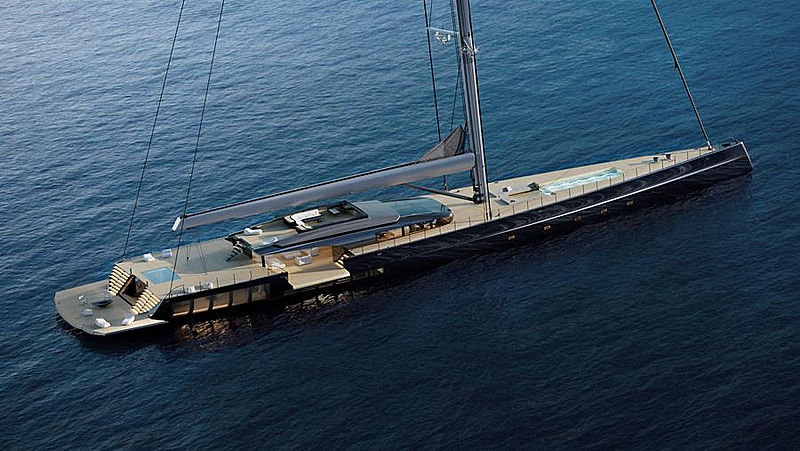 Photo: AltSpace Studio Malcolm McKeon Yacht Design has worked with computer graphics studio, AltSpace Studio, to create a virtual reality experience using CGI graphics in order to illustrate the concept, images of which can be seen above.