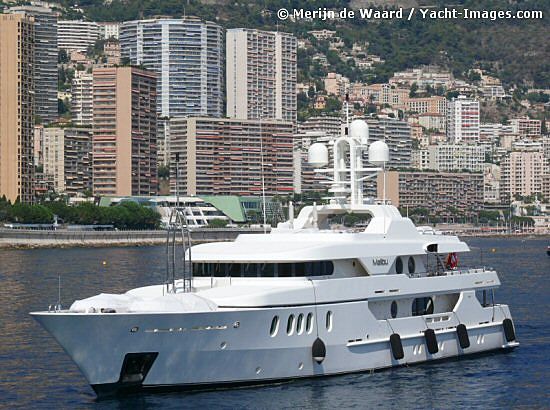 The 50m Malibu arriving in Monaco for the 2007 yacht show. Malibu was built by Amels in 2001 as Kermit for an Italian owner. During her days as Kermit the yacht could often be found at her home berth in the port of Nice. In 2006 the Terence Disdale designed yacht was sold and renamed Malibu. The new owners completely refitted the yacht, including a new interior by Reymond Langton. Malibu is now again up for sale through Edmiston & Merle Wood, asking EU 24.999.000.