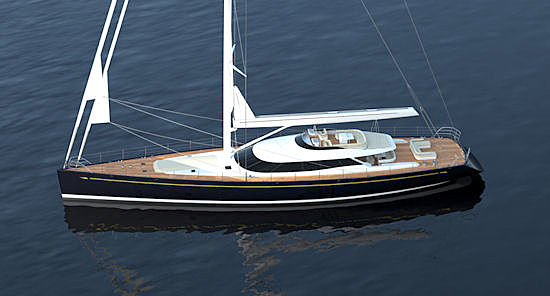 Together they will lead the next phase of the growth of Oyster as it continues to expand its overseas sales and its range of larger yachts.

David Tydeman, an accomplished sailor, trained as a naval architect, has an MBA, and is an ex Managing Director of Beneteau UK. Throughout his career he has also held senior management positions in UK and overseas companies, mainly in the engineering and construction sectors. Most recently he was CEO of the Construction Division of Skanska UK, part of one of the world’s leading construction groups.

Oyster’s founder, Richard Matthews, steps down after 36 years to become a Non Executive Director and will continue to act in an advisory and ambassadorial capacity for the company, both ashore and afloat. Richard is looking forward to sailing Oyster’s first superyacht, the Dubois designed Oyster 100 due to be launched in 2010 and is also purchasing the first Oyster 125 Flybridge, which will be afloat a year later.