The Mangusta 130 series are one of the most popular large open superyachts and since their introduction in 2004, no less than 15 superyachts have been launched in the series. Superyacht broker Jeremy Comport of Camper & Nicholsons International informs us he has listed Aset, hull number 8 for sale, which is the newest Mangusta 130 yacht available on the market. 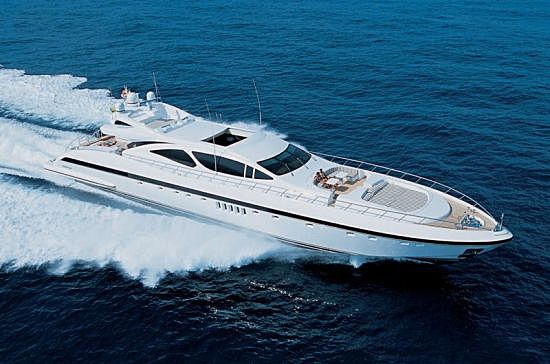 Built to Bureau Veritas regulations, Aset features a contemporary styled interior, created by the owner and the yacht’s designer. The spacious deckhouse features an open plan layout with a bar and two seating areas aft, and forward the dining area and wheel station. 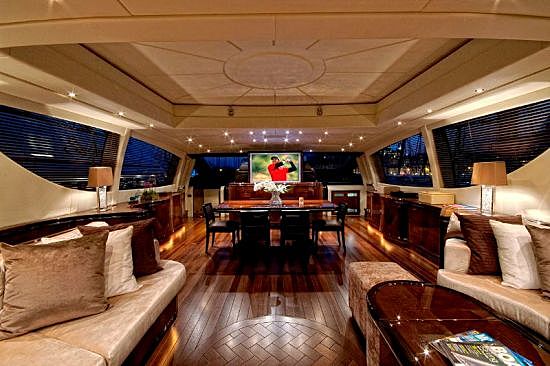 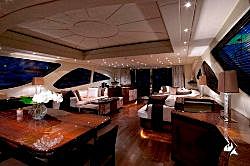 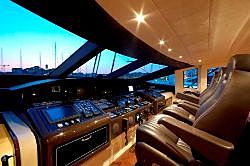 Next to the wheel station, stairs lead to the lower deck, where the full beam master stateroom is situated in the centre. In the forward section of the hull are four additional guest cabins, three doubles and one twin, sleeping 9 guests. 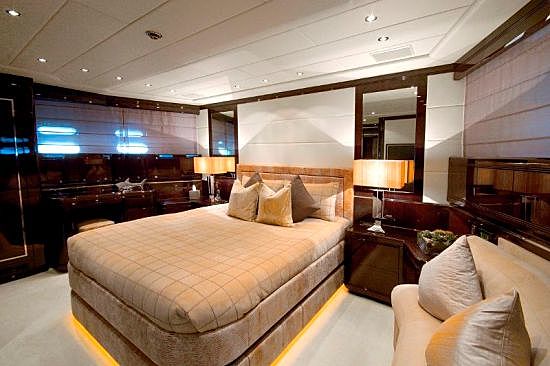 Ample space for sunbathing is provided by three large sunpads; situated on the bow, between the radar arch and on the aft deck. The bow also houses a large u-shaped seating table and on the aft deck is a second al-fresco dining area. 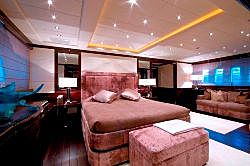 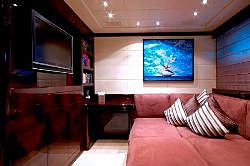 With her twin 3,645hp MTU 16V 4000 M90 diesel engines and water jets, Aset can reach a top speed of 32 knots, and she cruises at 29 knots. The Stefano Righini designed 39.65 metre superyacht is in immaculate condition and has only been used privately by her owner and his family since her launch in 2007. 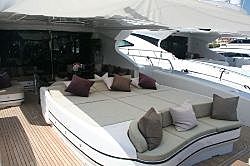 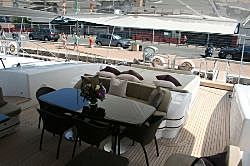 CNI yacht broker Jeremy Comport concludes; “The owner has really enjoyed using Aset, he spends more and more time on board and has realised that he needs a yacht that offers more space and more range so as to cruise further afield”. 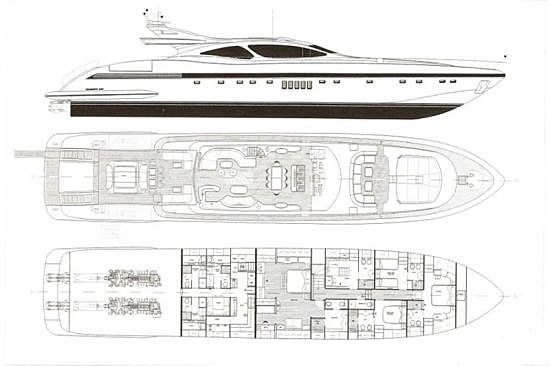