Having announced the sale of the 11th hull in the popular Mangusta 165 series, Italian yacht builder Overmarine have now moved the semi completed yacht into the main outfitting hall for completion. This particular Magusta 165 is the second in their E “Evolution” version of the model and is destined to be delivered to a European client at the beginning of 2017. 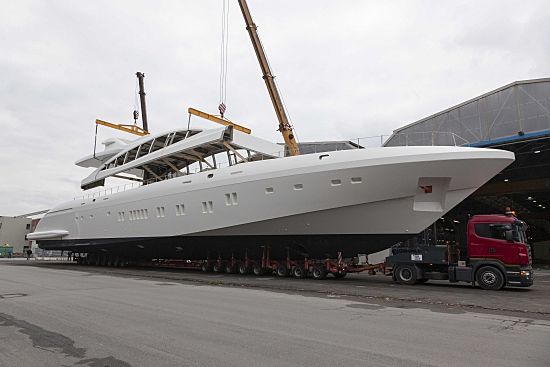 What sets the ‘E’ version apart from her other sisters is a new MTU power train with 4 MTU 16V M94 engines powering 4 Rolls Royce/Kamewa waterjets. The new 2000 series engines are smaller and lighter than the 4000’s previously used which means considerably less consumption at speeds between 20 and 30 knots. The engines are also linked to the 4 Seakeeper stabilisers and can be used when at anchor or underway. 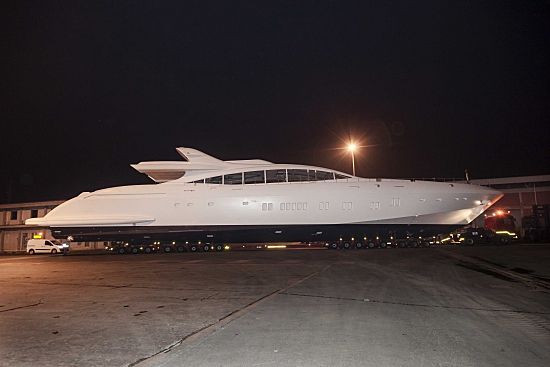 Another unique technological feature on this particular model is the addition of a dynamic positioning system, allowing to stay in position without the use of an anchor.