Home > News > Maridome in the Caribbean 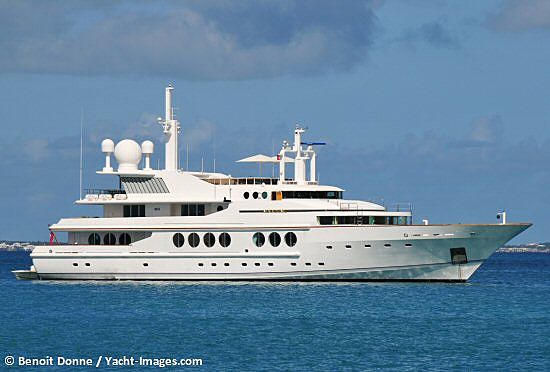 The 54m Maridome anchored off St Barth’s on 8 January 2008. Maridome was built by Brooke Marine in 1989 as Stefaren. The yacht was designed by the late Jon Bannenberg with naval architecture by Diana Yacht Design. In 2006 the yacht was completely refitted by Nobiskrug, among the modifications was a new interior by Donald Starkey. Maridome is already back in the Mediterranean, yesterday she arrived in Gibraltar.