Purchased by Monaco Ports in response to increasing demand for yacht berths in the area, Cala del Forte is set to be the new state-of-the-art marina which will be ready for business by the end of 2019. Located just 7.9 nautical miles from the Principality of Monaco in Ventimiglia, Italy, the new multi-million euro facility will feature 178 berths for all superyachts measuring between 6.5 and 70 metres.

Photo: Marina Cala del Forte As one of the most advanced, best-equipped and secure ports on the Mediterranean, Cala del Forte will offer its visitors use of the neighbouring shipyard facility, complete with a 2,700-square-metre shipyard dock area, travel-lift for yachts up to 30 metres in length and fuel distribution dock. In addition, 35 retail shops will provide a broad range of services, such as fine-wine merchants, technical services for yachts, brokers and agents, luxury boutiques and gym as well as six restaurants, including an award-winning Italian gelateria. Space has also been utilised to create an underground parking area for 577 vehicles and 15,000-square-metres of promenades and gardens that make use of the natural, protective surroundings. 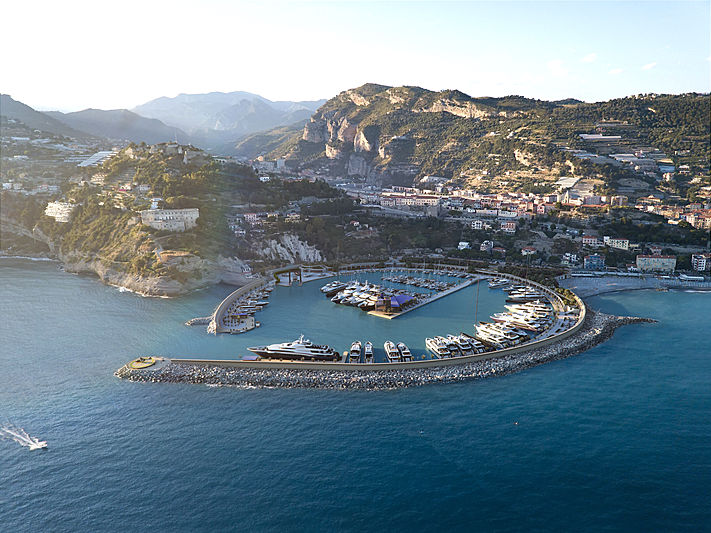 Photo: Marina Cala del Forte Set in between Sanremo, Menton and the Principality of Monaco, the picturesque Italian city of Ventimiglia is able to offer guests of the marina time to enjoy the favourable climate, charming architecture, famous farmers’ markets and restaurants, luxurious shopping and amenities and the historical old town which can be easily accessed via an elevator. Also able to organise private transfers to the nearby sister marinas of Port Hercule and Port of Fontvieille, Monaco Ports are confident that their new investment - which will involve a team of highly trained staff, including line-handlers and 24/7 security, safety and marina personnel -  will be an exquisite offering to the global fleet.

The experts at Monaco Ports have developed and overseen the development of the new facility, which is almost completed. The major storm that occurred during October 2019 on the Ligurian coast tested the strength of the new marina's infrastructure and Cala del Forte suffered no damage. Now the breakwater, outer wall and jetties are finished, with the underwater mooring infrastructure, bollards and central port and harbormaster’s office also nearing completion. 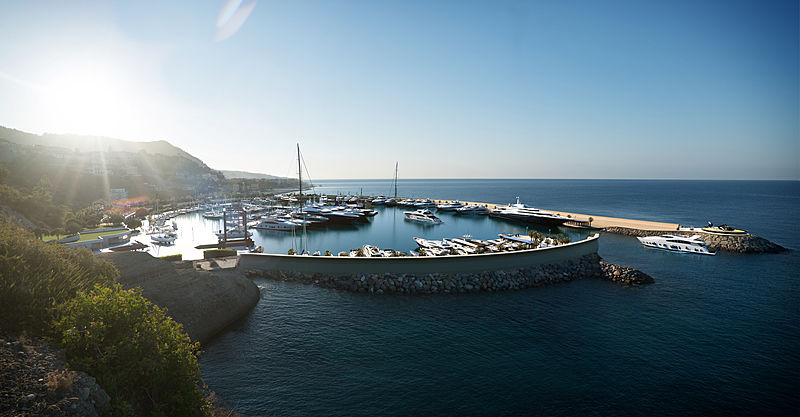 Photo: Marina Cala del Forte Due to be officially opened by the end of this year, the marina boasts the longest concession in the Mediterranean, which is set to last until 2094. A limited number of berths are already available at Cala del Forte and are for sale on long-term (40 year) leases.