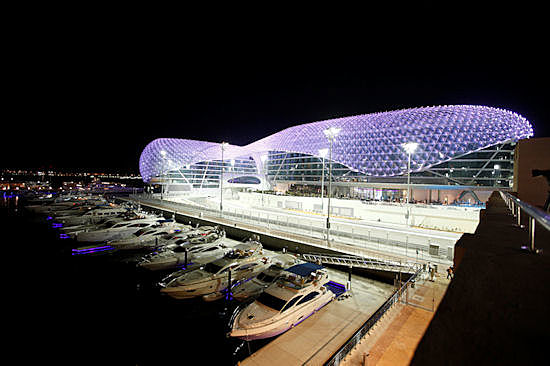 ADTA has thrown its full support behind ADYS as the headline sponsor of the Middle East’s premier show focusing exclusively on the luxury superyacht and megayacht sector, in a bid to boost Abu Dhabi’s aspirations to become the epicentre of the Middle East’s yachting and marine leisure business.

Abu Dhabi’s 2030 strategic plan includes a massive marina component, including approximately 45 marinas of various sizes, and it is believed that in the future there could be as many as 10,000 recreational craft in the emirate. Currently there are about 1,600 berths available in six existing marinas in Abu Dhabi. From the world’s largest luxury motor yachts to family day boats, from tall ships to tenders, racing yachts to fishing boats, superyachts to ski boats, Abu Dhabi plans to deliver a range of unique marinas catering to the entire spectrum of needs of the boating community wishing to enjoy the UAE capital’s warm waters.

“Marine leisure is expected to play an increasingly important role in advancing Abu Dhabi’s tourism growth. This is a very natural lifestyle for us as Abu Dhabi is blessed with over 400 kilometres of coastline, over 200 islands and a rich marine life. Progression into the marine leisure segment will, however, be measured, in line with our preferred style. We will leverage these assets while at the same time conserving them, for the benefit of this generation and for those to come,” says Al Nahyan.

Marina expert Captain Stephen Hunt, who serves as an Advisor for Water Transport in Abu Dhabi’s Department of Transport, also believes the UAE capital is well placed to adopt a leading role in the regional yachting industry. “It is made up of about 200 islands interspersed with numerous waterways and the country has something of a maritime history, having a heritage of pearling and fishing,” says Hunt.

Some of the biggest projects in Abu Dhabi have marina components. A huge development in the pipeline aims to turn Mina Zayed, currently Abu Dhabi’s main port, into a superyacht marina to be known as Marina Zayed, which will be home to a large number of megayachts. Close to this development will be another marina for recreational boating which will be linked to other projects such as the Corniche and Saadiyat Island developments by canals that will be cut through the existing port. 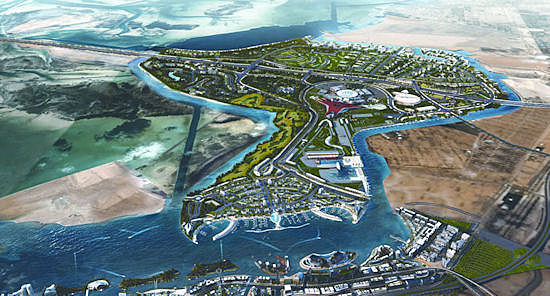 The world-class marina facilities of the iconic Yas Island development were recently unveiled during the F1™Etihad Airways Abu Dhabi Grand Prix and generated impressive international interest. The island project – developed by one of the emirate’s largest developers, Aldar Properties – has brought to the emirate stunning marina facilities that were magnificently showcased at last November’s racing extravaganza. Yas Marina is again expected to bring more yachting enthusiasts together and further contribute to developing Abu Dhabi's expanding leisure marine industry when it hosts the ADYS 2010.

Informa Yacht Group (IYG), the ADYS organiser, stresses the inaugural show held in March 2009 opened to an enthusiastic reception, and went on to impress exhibitors, industry experts, press and visitors alike over the course of its three-days. “By general consensus, we provided brand new, first-class business opportunities in a vastly wealthy and largely unexploited market. Some exceptional sales were made, at a time when business in the rest of the world was largely depressed, and that gave a massive uplift to the region’s industry,” said Franck Dailles, Group Director of IYG.

The UAE leads the Middle East yacht and boat industry with an annual demand of about 1,500 units. Meanwhile, GCC countries top the list in the buying and renting of yachts, which makes the region a target for major European and American companies, many of which will make their presence felt at the 2nd ADYS.