Home > News > Marina Moll Vell to be inaugurated in June 2014

Moll Vell is at the heart of Palma de Mallorca, surrounded by the 13th century cathedral, 15th century government site, gothic fish market from the same time and the old city ramparts. It has been used as a yacht harbour for the last 25 years and the attached building was home to maritime agents and associations, shipping companies and a couple of workshops – it also hosted “La Lubina” restaurant, where you could find politicians, captains of industry, football players, journalists and the most notorious Palma who’s who. The restaurant closed in the early nineties and the whole area started a period of continuous decay. 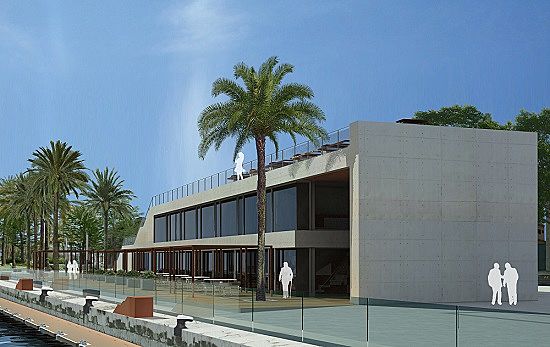 After many years of speculation, the harbour authority issued a public offer for the modernization of the marina and construction of a new building. In 2010 the concession was granted to Amarres Deportivos SL, a company formed by the managers of Pantalan del Mediterraneo marina here in Palma and Banco Pastor, one of the oldest banks in Spain (1776) and merged today with Banco Popular.

The winning project includes renewal of all moorings and shore services (24 berths, 22 for vessels over 25 metres in length and two for superyachts over 40 metres) and the demolition and rebuild of the building, which will be very modern in style and feature a restaurant, bar/café, a rooftop terrace with city views, offices and commercial units. The whole area towards Palma will become a public square with increased number of trees creating a green natural canopy - the marina area is separated by a glass fence to avoid creating a negative visual impact. 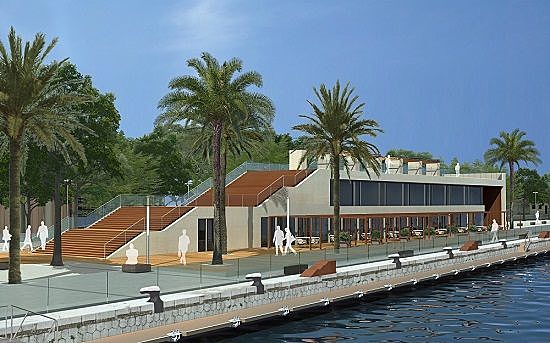 Oscar Siches, Joint Managing Partner of Moll Vell recently commented: “In transforming Moll Vell, we are upgrading an area of Palma that was been neglected for a long time – too long. Ideally located, within near sight of the 13th century Cathedral and just 150 metres of the main shopping street, it will become an integral part of Palma’s fabric.

So far all 26 berths, to include three of 20 metres, eight of 25 metres, ten of 30 metres and two of 40 metres, have been renewed both above and below water. 220 metres of tying-up and communication platform has been erected featuring innovative details such as double bollards and cable- and hose-hiding cupboards so nothing unsightly is on display.

The annex building is completely new and will have a varied commercial offering from offices to bars and restaurants. The rooftop will be turned into a viewpoint-terrace which can be freely accessed by a wide staircase flowing up the side of the building. The views will be incredible of the port, shipyard, cathedral and cityscape. In total the building has 2,144m² of usable area of which 1,367m² is internal space. 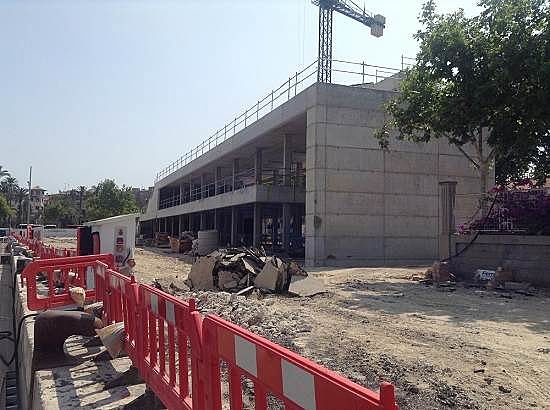 Construction began mid November 2012 with the demolition of the old building and digging to three levels below water to create the basement. Some 20% of the entire budget alone went on demolishing the old building, digging down and bringing the new building to street level – not least because of the many pumps that were running 24/7 to keep the water out. In April this year the main floor was finished and the superstructure initiated. Remarkably, all structures were finished on Wednesday 12 June.

The building will be ready for occupation at the end of October and the surrounding public square with an increased number of trees and special non-glare illumination is scheduled to be finished on 19 December this year. The rooftop, which has free access to the public and will feature a comfortable bar, should be officially inaugurated in June 2014.”