The new full-service, five-star Marina Papagayo was a thriving hub of nautical activity and excitement as mega-yachts began gliding into the docks at Costa Rica’s finest luxury marina on the Pacific coast during its official opening Monday, Dec. 15. 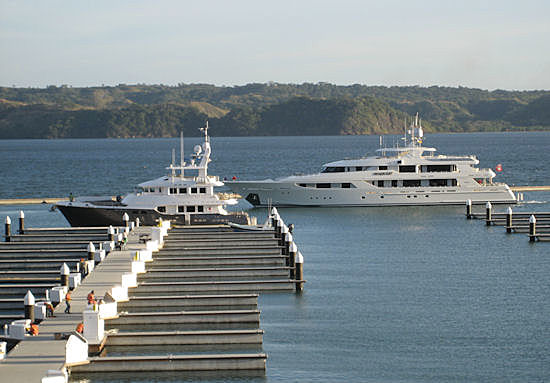 “Here at Brandy Marine International, we are thrilled to have captured the attention and imaginations of yachtsmen desiring five-star dockage at a safe harbor in a luxurious resort setting with a backdrop of unbelievably stunning mountains, rainforests and deep blue ocean,” said Capt. Bruce H. Blomgren, president and Chief Executive Office of Brandy Marine International, L.L.C. of Sarasota, FL. Brandy Marine has been involved in Marina Papagayo since the initial planning and design phases in 2003. Brandy Marine is now managing the marina, the nautical centerpiece of the high-end luxury resort, Peninsula Papagayo, in the northwestern province of Guanacaste on the shores of the Pacific Ocean.

“Marina Papagayo is a truly significant achievement for Brandy Marine, for Peninsula Papagayo resort, for Costa Rica and for the yachting and sport fishing community that travels the world,” Blomgren said. “Marina Papagayo will be the finest marina on the Pacific coast of Central America. The immediate response has exceeded our expectations.” 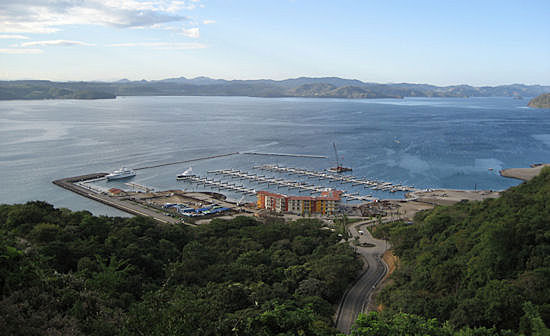 The marina, with an initial 180 wet slips, welcomed several yachtsmen who had reserved slips. Uniformed dockhands and Capt. Dan Eaffaldano, General Manager of Marina Papagayo and President of Brandy Marine’s Costa Rican operations, stood at attention to greet the first arriving yachts. It was a typical, sunny, 80 degree day in Costa Rica – perfect for cruising, fishing and enjoying an exotic, tropical atmosphere. An official Marina Papagayo powerboat escorted the first vessel into port as a ceremonial gesture of goodwill to all yachtsmen. The average size boat that arrived at the marina was 110’ in length. Arriving yachts included the 164’ Seaquest, a tri-deck Westport motor yacht on its maiden voyage.

At build-out, anticipated by 2012, the $15-million marina will have 350 wet slips for yachts ranging in size from 35’ to 240’ in length. Brandy Marine performed feasibility studies, designed and assisted in overseeing the construction of the marina’s ShoreMaster floating dock system.

“Brandy Marine’s expertise in the creation of Marina Papagayo and its management of the marina are key forces for one of the most dynamic amenities of the Peninsula Papagayo resort community,” said Alan Kelso, Chief Executive Officer for Peninsula Papagayo.

Peninsula Papagayo is a 2,300-acre luxury resort/residential community located within convenient driving distance of Daniel Oduber International Airport in Liberia. The resort has a Four Seasons Resort hotel, an Arnold Palmer golf course and the exclusive Prieta Beach Club & Spa. At build-out, the residential component will have 500 estate homes. 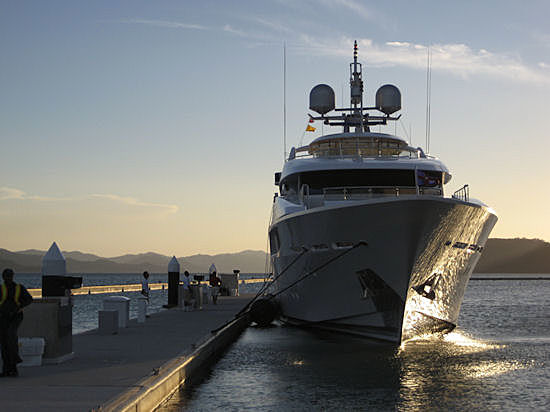 The crowning landside jewel, a 100,000-square-foot marina village with hotels, spa, condominiums, boutique shops, and upscale bars and restaurants is expected to be built 2009.