When news broke in July 2019 that Fraser had been acquired by the US’ largest boat dealer, MarineMax, from the Azimut|Benetti Group, the superyacht industry sat up and took note. Here, we sit down with CEO Brett McGill to learn what is next in the pipeline. 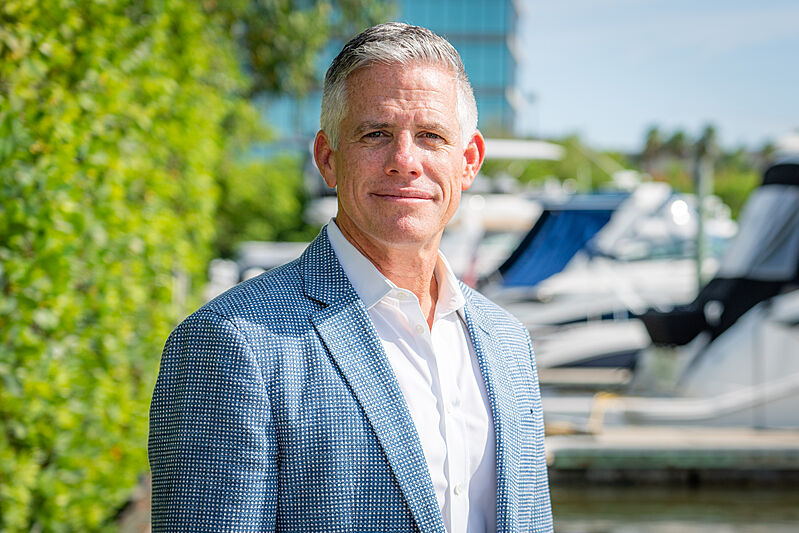 Photo: MarineMaxNot only did the move add the Benetti Class of yachts to MarineMax’s motor yacht offering, but also “dramatically increase [MarineMax’s] presence and strength in the strategically important superyacht category'” according to a statement released at the time from CEO Brett McGill. And, as if that wasn’t enough to get the industry talking, MarineMax hit the headlines once again through its purchase of brokerage house Northrop & Johnson in July this year.

With a revenue of $1.1 billion for the nine months ending in June 2020 reported by MarineMax in its results for the third quarter (an increase of approximately 20% compared to the same period in 2019) and a net income for these same months of $49.1 million (an increase of 67% compared to the previous year), the stock-listed company – which went public in 1998 and is headquartered in Clearwater, Florida – could certainly be described as something of a ‘big dog’ in comparison to the rest of the industry.

These impressive figures, however, do not mean that there is anything impersonal about MarineMax. CEO Brett McGill replaced his father, Bill McGill, in the role in 2018, with his father maintaining his position as Executive Chairman. Speaking to the younger McGill today, it’s apparent that his passion for boating and being on the water began at home. 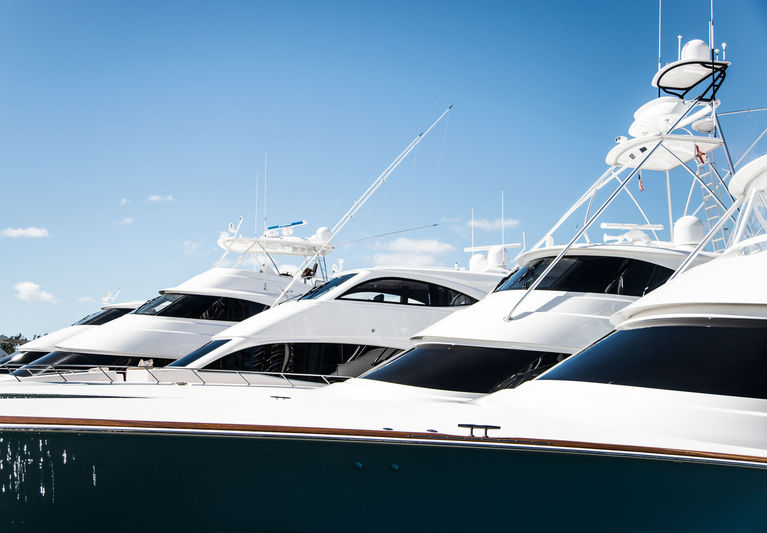 “My father started in the boat business well over 40 years ago, so I grew up within it. He established a company called Gulfwind Marine on the west coast of Florida and started selling Sea Ray boats literally on a rundown gas station, growing that into the largest Sea Ray dealer in the country. He then got together with other dealers to form the larger company, MarineMax.

“I grew up washing boats, delivering boats, doing everything there could be to do on a boat dealership property during evenings and weekends. When I was younger, I probably didn’t love it, but it was such an invaluable experience.” Following this early immersion in all things boating, McGill gained a degree in computer science before getting his first job with a software development firm, Integrated Dealer Systems (IDS), which worked within the RV (recreational vehicle) and marine industry. “It was a natural fit,” McGill explains. “I understood marine dealerships and I have always been interested in technology. I spent about 5-6 years growing that company and then came back into the boating business, joining MarineMax in 1998.” 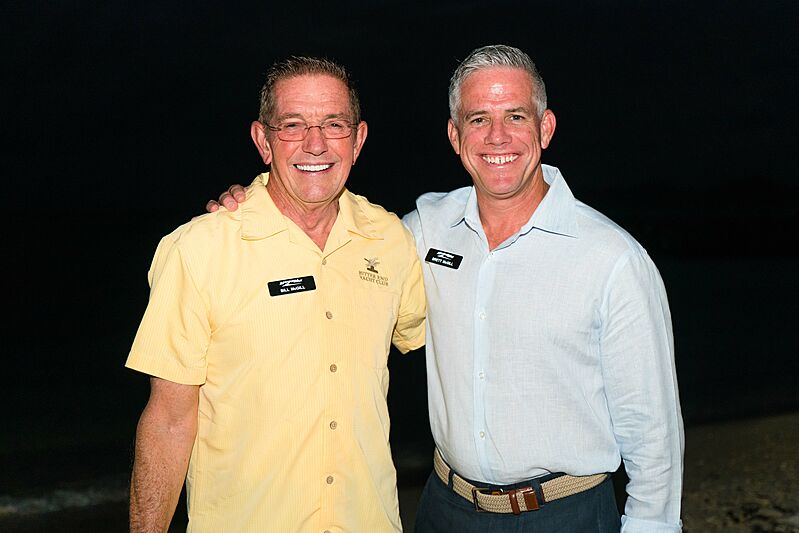 Photo: MarineMaxPassing on the tradition

It was McGill’s passion for life on the water that brought him back: “My wife and I have four boys, and we have been blessed to be able to take boats all over the US, Sea Rays, Azimuts and other yachts. I know what it feels like when I'm with my family on the water and what it does for both our customers and our team at MarineMax.”Brett, 51, was able to bring a wealth of experience to his role of CEO, having served as President and Chief Operating Officer from October 2017, and holding down numerous other positions within the company, including Executive Vice President of West Operations, Director of Information Services and Vice President of Information Technology, Service and Parts. 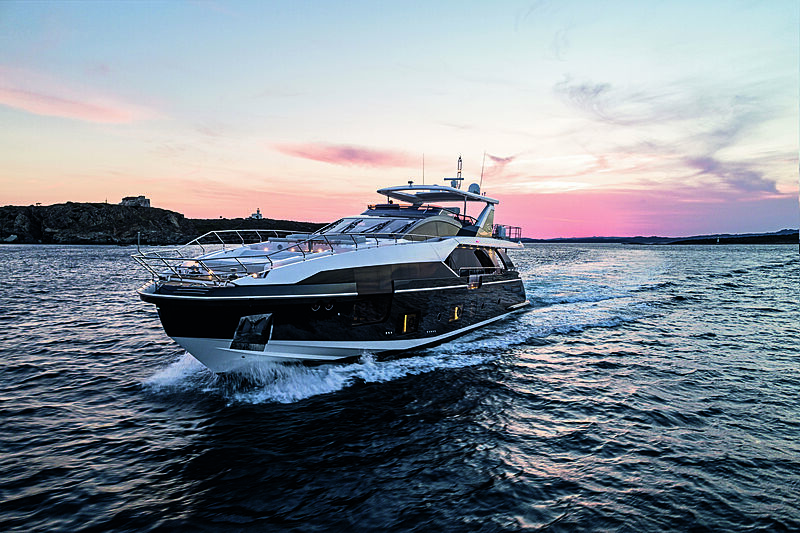 “When you take on a new challenge, it is exactly that: a challenge which is fun and exciting. I think so many years in the business working in so many different roles has served me very well.” In his typically unassuming fashion, McGill also places much of his success within the role elsewhere. “I’ll tell you, it’s by no means easy, but when you have a team like we’ve developed, that sure does make it easier. You’ll probably hear me say that a bunch, and I apologise, but it’s all about our team! They tell me what their problems are and I help them get the resources they need to go fix them.”

Indeed, the importance of listening is a common note sounded throughout our conversation. The two major acquisitions which he had under his belt within two years of being CEO –  with one taking place during a pandemic to boot – were taken on in response to the shifting desires of MarineMax’s customer base: “You wake up one day and you realise how many yachts we’ve sold within the 80-120 foot [24-37-metre] range. We saw that what the consumers want is to charter their boats and they want access to yacht management services. Providing this will enable them to grow with us at MarineMax. Speaking candidly, some of those people that have bought 50-metre boats have previously owned a SeaRay or other smaller boats. And we wanted somewhere to go with these people – so we looked at Fraser and brought them into our family.” 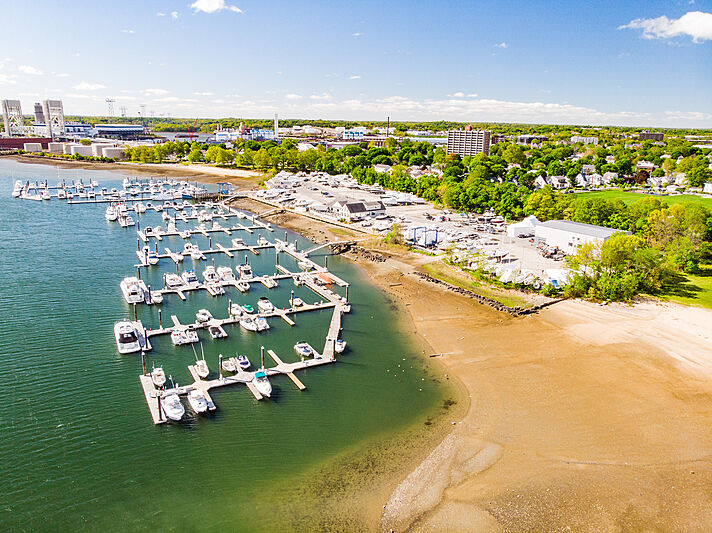 And then, just a day short of a year later, Northrop & Johnson was brought in to complete the picture. As McGill explains, “It wasn’t just: ‘Hey, let’s consolidate with another superyacht services company and add it to our business. Northrop & Johnson was the puzzle piece that fit right in. Where Fraser is strong with yacht management, Northrop & Johnson didn’t really have any, and where Fraser wasn’t dealing with some of the smaller, say 40-metre yachts, Northrop & Johnson had a good performance there. Where one was strong, the other had a little weakness, even including their US versus European presence, so when you put the two together, we really feel we have something special. Even in the short period of time we’ve been together, we’re having fun with some new synergies – it’s going very well.”

As to what exact form these ‘synergies’ will take, it is too early to say. Will they be keeping both the Fraser and Northrop & Johnson names intact going forward? “We are looking at this very carefully, bringing all of our experienced parties together to discuss. Nothing is off the table – we want to understand what the customers want and need, what will make them feel better about both companies. If I knew exactly where we were going, I’d probably start telling you, but we’re still trying to study it.” 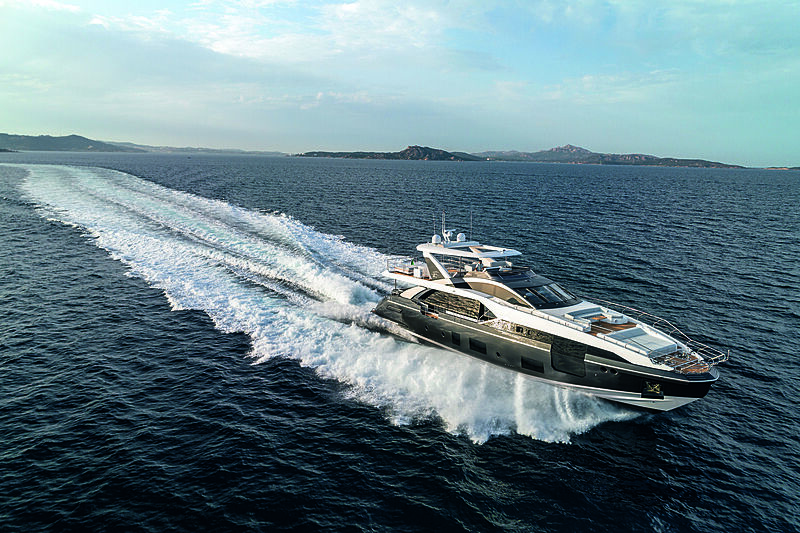 What is more certain though, is the importance of digital transformation to MarineMax’s future. Representing far more than just a Covid-opportunistic fad, the investment in new technologies has always been important to McGill, as typified by the company’s purchasing of the technology company BoatYard in March this year. Offering a new, digital Customer Experience Platform for owners, it is also helping MarineMax with its app development and online chat tools. “By having a little technology company instead of growing technology within MarineMax, we can be much more nimble and fast, as you are not slowed down by the workings of a big company.”

When it comes down to it, for McGill, technology is best used when it is harnessed to improve the customer’s experience prior to purchase. “The more fun we make it for the customer, the more interactive and engaging we make it, the more likely it is that they may get to a closer point of transacting on a boat before they’ve even walked into a dealership.”

“Our stores weren’t even open and our leads were blowing up. We were Facetiming with customers showing them boats and the waterways around us were absolutely packed. And that's not going to go away. The amount of new customers we're bringing in right now is amazing. Whenever you build that new foundational layer of new boaters, it's just great because there's a cycle of when they'll upgrade next. They'll tell friends about it, they'll get friends boating. It's a pretty exciting time. We're very blessed to be doing well with what's going on around the world.” 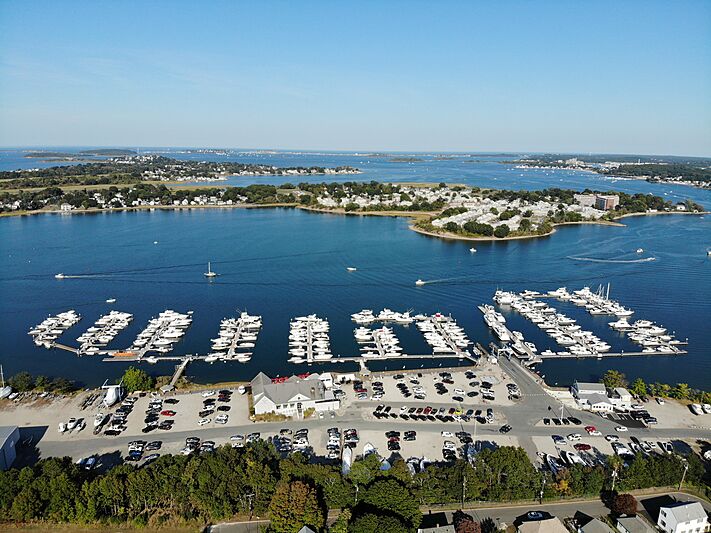 Photo: MarineMaxThe next steps for MarineMax

As to whether MarineMax will be bringing in any other companies from the superyacht industry into the family fold, McGill is open minded: “We're focused on integration and synergies right now, but I'm out there looking actively, there's no stance of 'no way'. We are going to be very smart and not just grow to grow. In MarineMax, we now have 77 locations and have done almost 40 acquisitions over the years, so we've learned what not to do! “We are new on the scene, so although we do get calls here and there from people wanting us to buy their business, I think people might be a little standoffish just because they're not sure who MarineMax is. Maybe we're the hundred-pound gorilla in the boat dealership business, but I think once people in the industry get to know us, they will say, 'Wow, these guys are great!’” And, as McGill signs off our interview with a genuine invitation to meet in Florida when things have finally become more normal, we are quite inclined to agree.

Interview: Francis Lapp on Sunreef Yachts' rise from the ashes