Last week the SuperYacht Times team travelled to Monaco to witness the complete rebuild that the 49.8-metre motor yacht Espadarte (previously known as Thea) has undergone. The refit was carried out at the Lusben shipyard (part of the Azimut | Benetti Group) in Livorno, Italy. 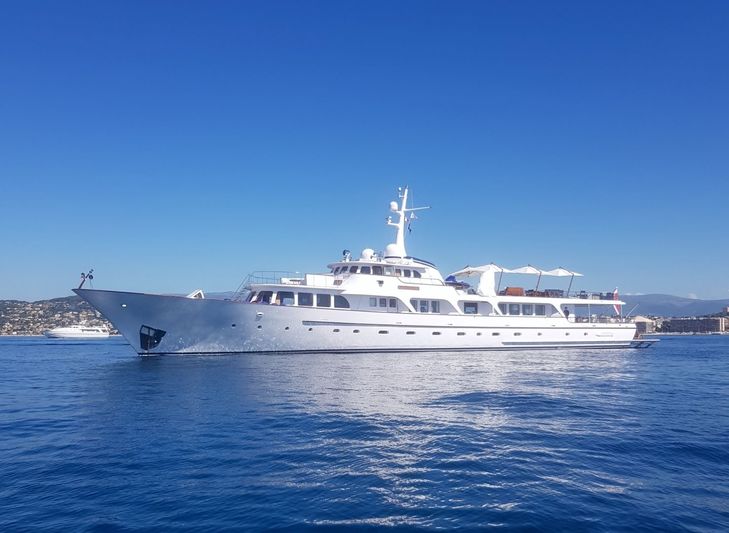 Work included a long list of updates including a completely rebuilt interior in the style of a chic beach house. The yacht has been fully repainted, decks replaced and all her machinery has been serviced and upgraded. At the stern, a new swim platform has been added which blends in perfectly with the original shape of the yacht in order to retain Espadarte’s classic lines.

One of the most exceptional features of the yacht is the main deck saloon and dining area. This is one large open area that measures nearly 30 metres in length and consists of a large saloon, office space, dining area and another lounge area with a TV and space for kids to play.

Built in 1968 as Donapila II, the Portuguese yacht was sold to her current owner who joins a long line of high-profile owners who once called this yacht home, as outlined by our in-house yacht historian, Mr Malcolm Wood. 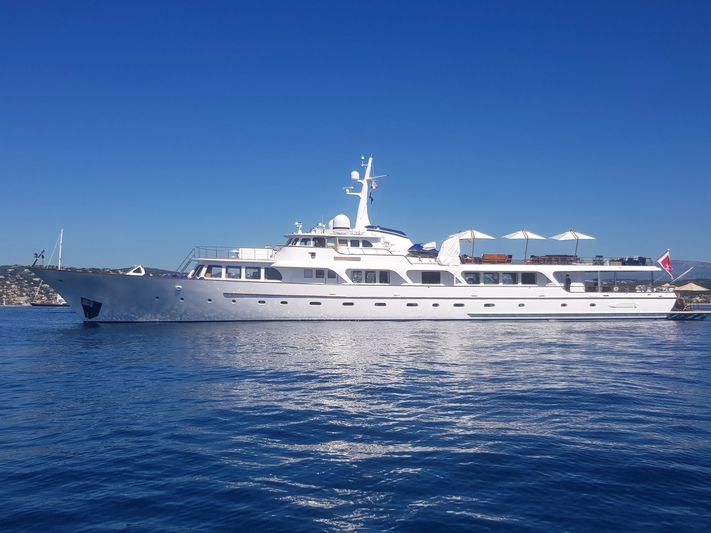 Built by Arsenal do Alfeite, her original owner, although never confirmed, is believed to be the then Prime Minister of the Estado Novo (New State) regime in the country. This would explain the sale of the yacht when the administration collapsed in 1974. She was subsequently listed at $4,000,000 and later sold to the Saudi-based Sheikh Mouffak al-Midani who renamed her Myrna.

In the 1990s the yacht was acquired by John Karageorgis, the Greek shipowner who renamed the yacht Indiarama, then Deerrama and Rama. The yacht was hidden in 2003 owing to the owner’s assets being frozen. 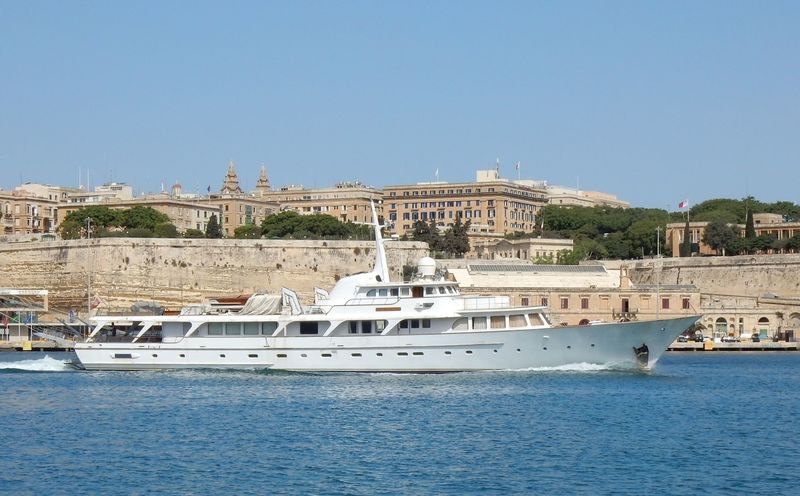 Espadarte as Thea in Malta ahead of the refit last year

The yacht later resurfaced as Thea where she was based in Malta for some time before she was acquired by her current owners.