The market town of Lymington can be found on the west bank of the Lymington River on the Solent, in the New Forest district of Hampshire, England. Set on the coast and with a rich maritime history behind it, there is plenty for the visitor to do, whether it’s visiting a quirky cafe on the high street to pick up your obligatory ‘nice cup of tea’, or hopping across on a ferry to the neighbouring beaches of the Isle of Wight. Looking at this sleepy setting from the outside, however, you might never guess that this also serves as the base for our next interview subject, British superyacht design maestro, Mark Berryman. Perhaps best known for penning the interiors of the largest superyacht available for charter, the 136-metre Lürssen Flying Fox, highlights of Berryman’s portfolio include the 61.7-metre Mary-Jean II built by ISA Yachts in 2010, the 73.6-metre Naia (ex: Pegaso) delivered by the Spanish shipyard Freire in 2011 and, most recently, the 65-metre Admiral Life Saga which was delivered to her owner earlier this year and making her debut appearance at the Monaco Yacht Show. 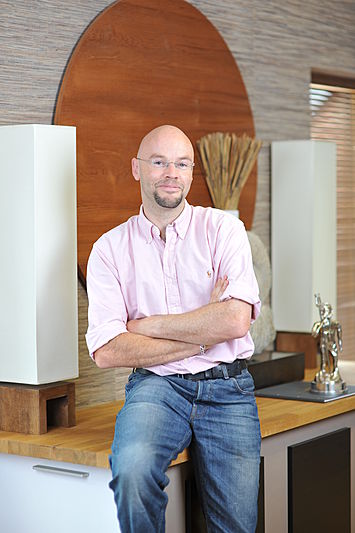 Photo: Mark Berryman Design
Heading upstairs and entering the studio itself, however, the picture becomes clearer. For anyone familiar with the British designer’s work, the casual elegance and oriental motifs found throughout his working environment will come as no surprise, as well as the shelves of tasteful and natural interior fabric samples tucked neatly away. We sit down over lunch and chart the course of Berryman’s career so far, only occasionally interrupted by friendly interjections from Miff the office dog.

Untangling the web of superyacht designers in their early years can be complicated. For Berryman, it began close to home when his brother Jim - also a designer - decided to dive into a new industry after seeing a project by Don Starkey in a magazine. Shortly after graduating in Interior Architecture, Mark received a call from Jim asking if he’d like to come for an interview with Starkey, and, before he knew it, he had landed the job. With the help of his new colleagues, Berryman taught himself computer-aided design for the first time and was ready to get stuck in. The next major part of Berryman’s formative years consisted of a decade at H2 Yacht Design with Steve Howard and Jonny Horsfield before he took the major step of setting up shop for himself and founding Mark Berryman Design in 2007. 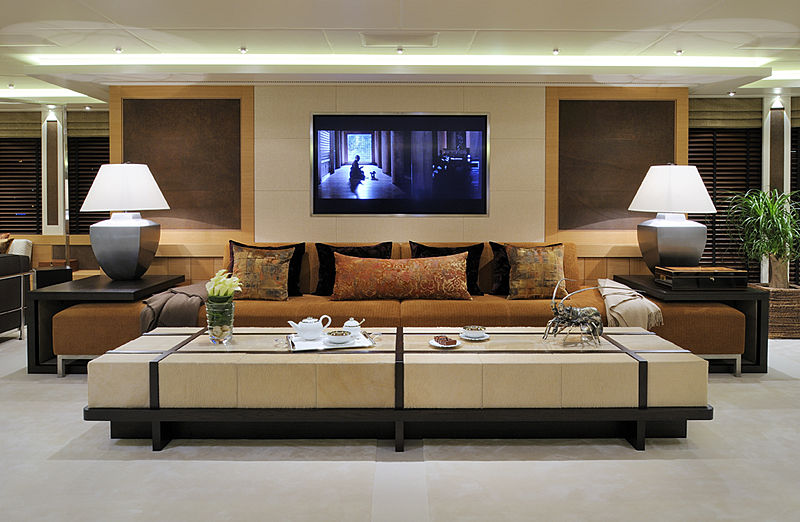 Photo: Mark Berryman Design
The client for the 73.6-metre Naia (previously Pegaso) followed Mark and gave him his first signing. Only a few months later, he also took on the 61.7-metre Mary Jean II before being approached by Lürssen to design the interiors for one of the most important boats in his career: the 60-metre Caipirinha (previously Arkley) which had been started for a client who then opted to upscale to an 80-metre mid-way through the build. 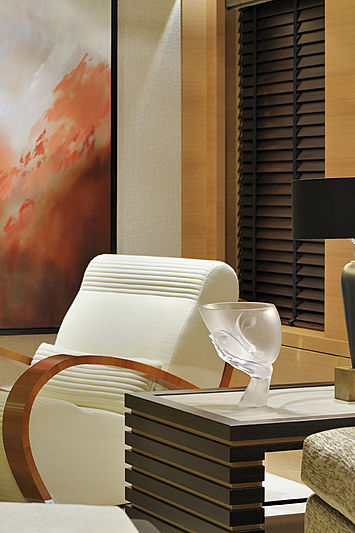 Photo: Mark Berryman Design
As Berryman explains, “They knew we were a young design studio and were willing to give us a chance, asking if we could take this on as a production boat. We had just two months to design the whole boat, so we did two decks a month and I started doing it on my kitchen table before we’d even moved to our first premises.” Enter Imperial Yachts into the scene with a new client and Berryman was able to continue with the project until its completion. “Lürssen were very kind: they said, ‘we’ve told the client that if he buys the boat, you would be the designer.’ That project was an absolute pinnacle, for both us and Imperial, and she even won Motor Yacht of the Year in the World Superyacht Awards in 2010. For Imperial, it was their first large boat and it was our first time working with Russian clients. We’ve done a lot of work with Imperial since then.” 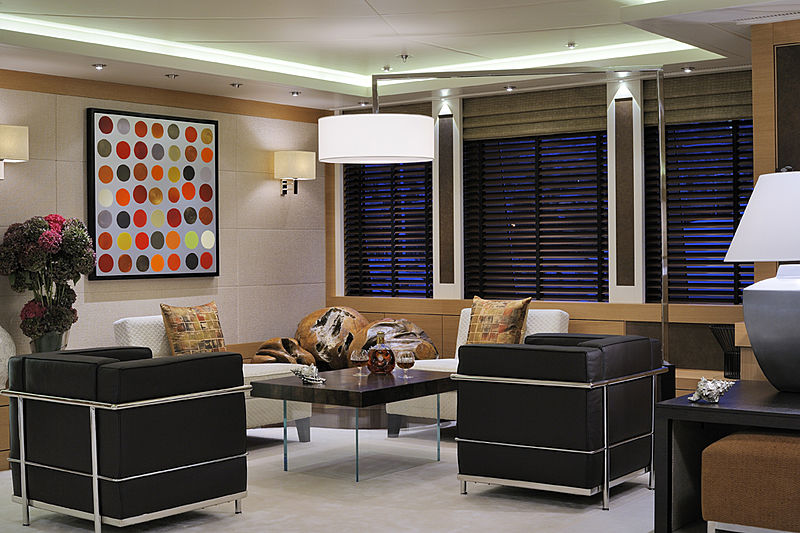 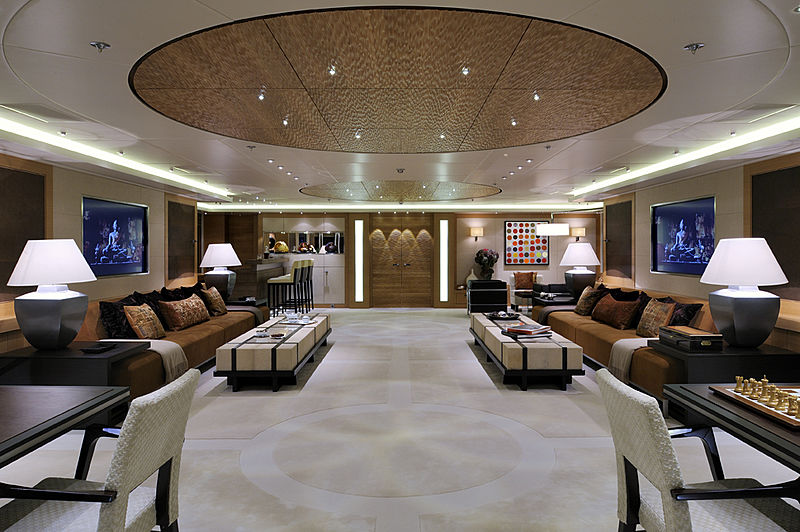 Photo: Mark Berryman DesignAlthough the years following Arkley have been busy for Berryman, we largely have to take his word for it. As is frequently the case for superyacht interior designers, much of the studio’s hard work will never be seen by the outside world. “I look back at longer-established yacht design studios and they’ve got such great portfolios they can show. As for us, we’re in our thirteenth year now and a lot of people don’t know a lot about us. We’ve never advertised and the work keeps coming in by word of mouth so hopefully we’re doing something right, but I would like to be able to put some more images on our website and say, look, we did this!” 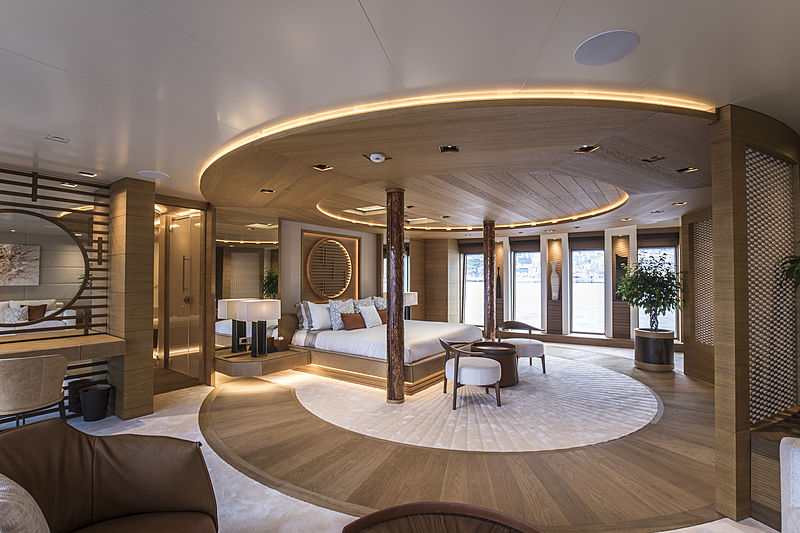 Photo: Mark Berryman DesignHe continues, “As the years go by, there are more NDAs to be signed. I look at the projects we have done with Espen Øino and I have often said to him, whether it’s a 50-metre or a 150-metre superyacht it’s out there and people can see it, this isn’t the case for us.” Speaking of Espen Øino, the Norwegian superyacht design heavyweight is the man behind the exterior lines of Berryman’s largest publicly known superyacht to date, the 136-metre Flying Fox. Although he remains unsurprisingly reticent about the details of her interiors, it is clear from talking to Berryman that crafting the interiors for 100-metre+ boats brings with it a whole new set of challenges. “At that size, there are many regulations to consider and it is paramount to get them right. When you’re building and designing at that scale you want to give your client something that nobody else has, and although there are certain design factors which you must always take into account, with the right planning, you can achieve this whilst still creating something truly spectacular for your clients.” 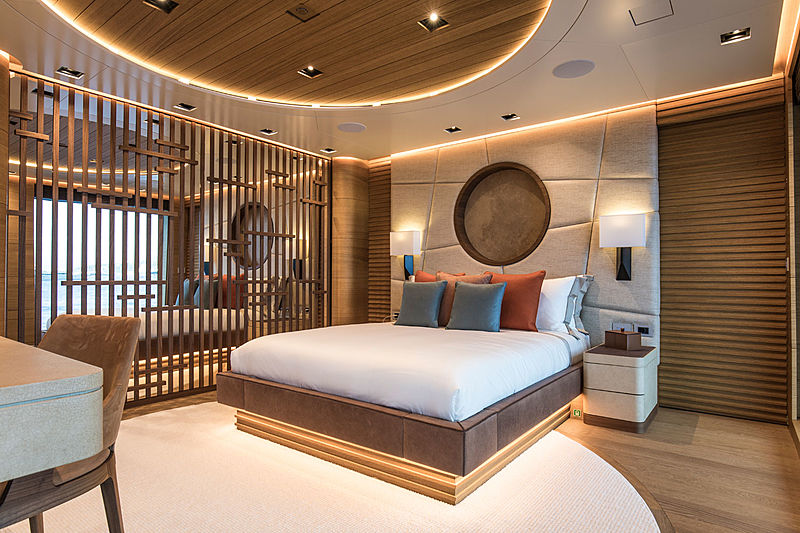 Photo: Giuliano SargentiniAnd what is it that characterises a Mark Berryman interior? “Our interiors are contemporary with clean lines and hints of Asian influences. I have a real passion for Japanese design and we like to use natural finishes such as bamboo and rattan. We’re also all about the tactile side of design. Our aim is to encourage owners and their guests to come into a space and be drawn into the materials and finishes.” Every client and superyacht project requires a fresh approach and Berryman has been pushed outside of his comfort zone on many occasions. This includes his involvement in designing the interiors of the 65-metre Admiral Life Saga where he was given a somewhat enigmatic design brief by the experienced owner. “The owner was looking for an interior that was simultaneously remarkable, calming and laid back. He said, ‘think of my interior like a cappuccino and add a little more milk in some areas and a little bit less in other areas’, and this really resonated with me.” Furthermore, as Berryman explains, he is often challenged to think outside of the box by his clients. “I love to design our in-house style with its Asian influences, but for someone to turn around and say, ‘I want this in a baroque style’, this means that I need to do some research on this and learn more. It makes you better as a designer because it’s opening you up to new ideas.” 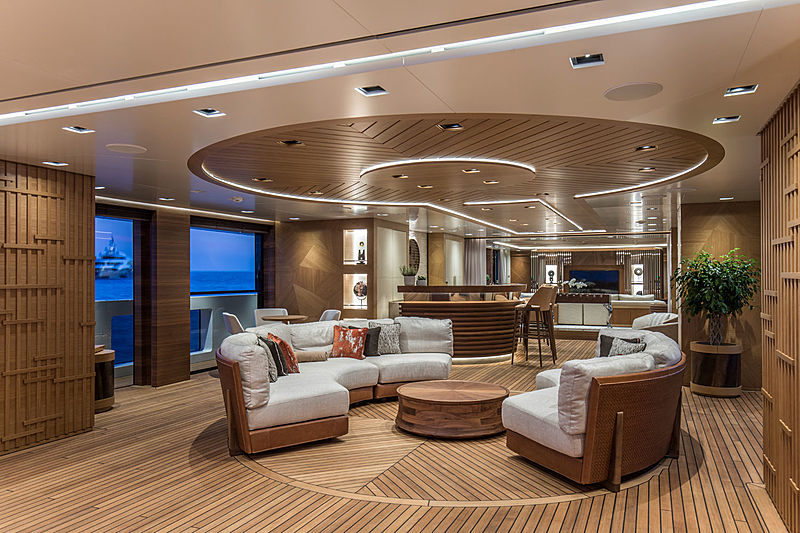 Photo: Giuliano SargentiniOver the years, Berryman’s oeuvre has also included numerous significant refit projects, including a recent reworking of the 115-metre Lürssen Pelorus. “It was nice because we could keep a lot of the original detailing that complements our design DNA, whilst still making it our own.” Whether it is a 60 or a 130-metre vessel, a new-build or a refit project, Berryman is always looking to create interior spaces in which his owners and guests feel truly relaxed – something which takes significant effort to achieve. “We want people to kick their shoes off, walk through the boat and fall into a sofa without a care in the world. You don’t need to stand on ceremony to use our spaces. The clients that we design for have made their money doing a fantastic job in the businesses they’re involved in, but their lifestyle is so full-on. When they finally get time to truly relax, it’s important to make the most of that. Of course, it takes a lot of work to make interiors that look effortless, but it’s worth it to see the response from our clients.” 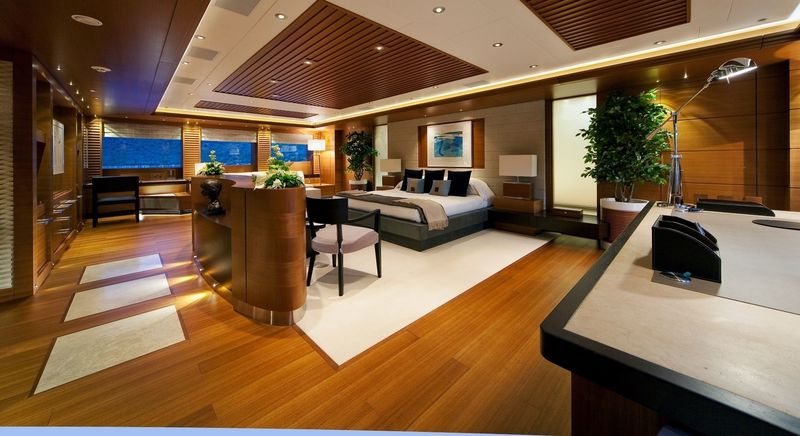 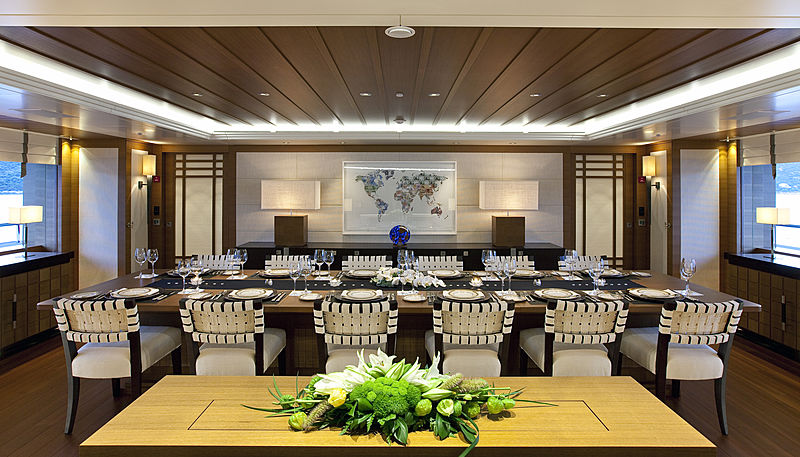 Photo: Mark Berryman DesignGoing forward, Berryman has plenty to keep himself busy with, including a rare exterior design project for a previous client on an 85-metre superyacht, but that doesn't mean he'll be changing his approach to design, with his team remaining small and family-focused and keeping that all-important personal touch. Whatever the future holds for Mark Berryman Design, in our hectic, modern world where it can be tempting to take life at a million miles a minute, Berryman manages to create stylish and contemporary oases of calm for his clients through his interiors, allowing them to step back from the outside world, take a breath, and just enjoy sitting on that sofa.

Insight: At the yard with Admiral's 65m superyacht Life Saga